Fruits and spices go amazingly well together, but some combos are better than others. Check out this list of 12 fruits that go with cinnamon: some may be old favorites, and some may be new pairings to tantalize your taste buds. 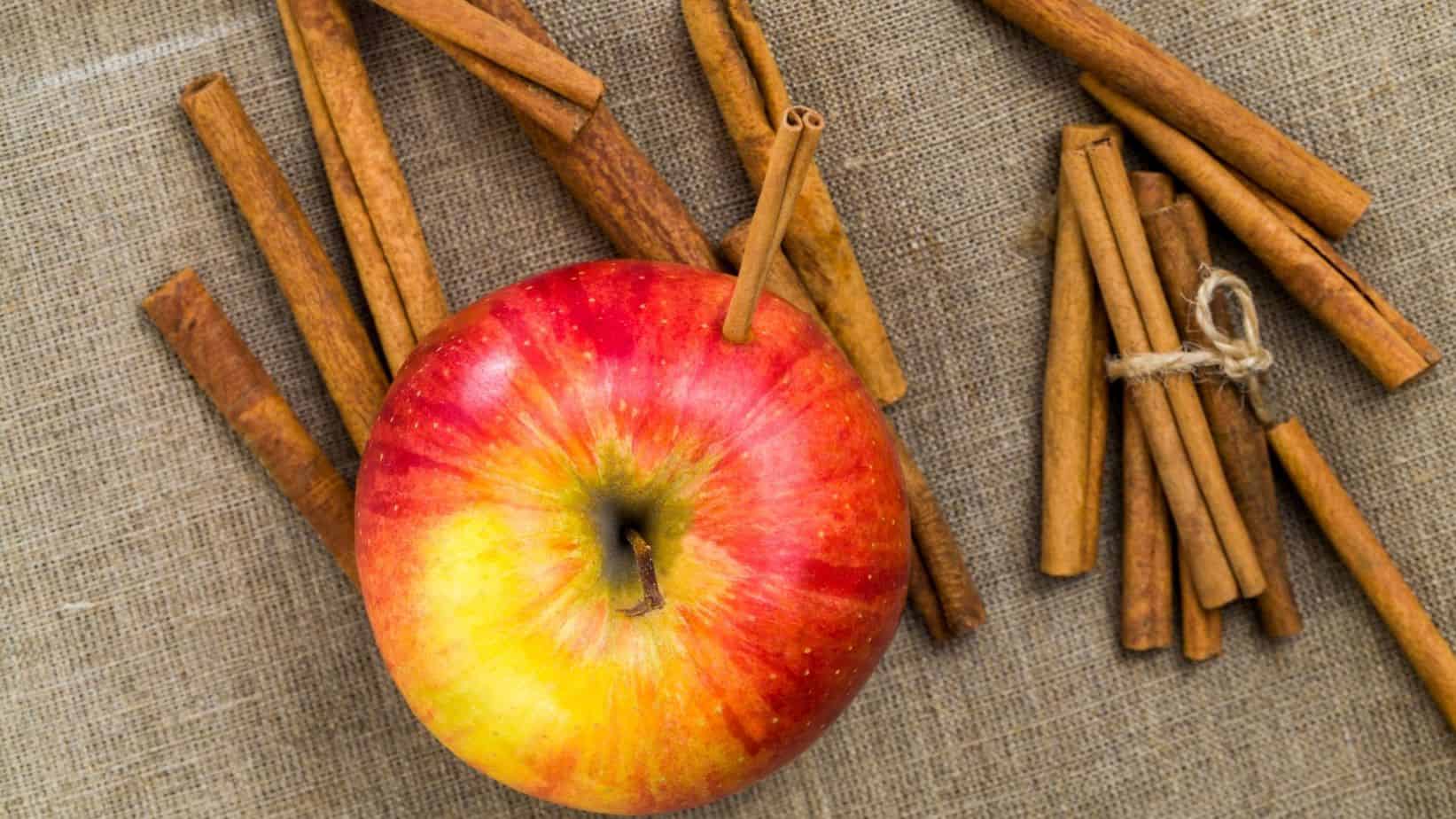 Apple and cinnamon is one of the most classic flavor combinations. It’s right up there with PB&J or strawberries and cream. Add chopped apples and cinnamon to your slow-cooked overnight oats, or sprinkle some apple slices with cinnamon sugar for an afternoon snack. 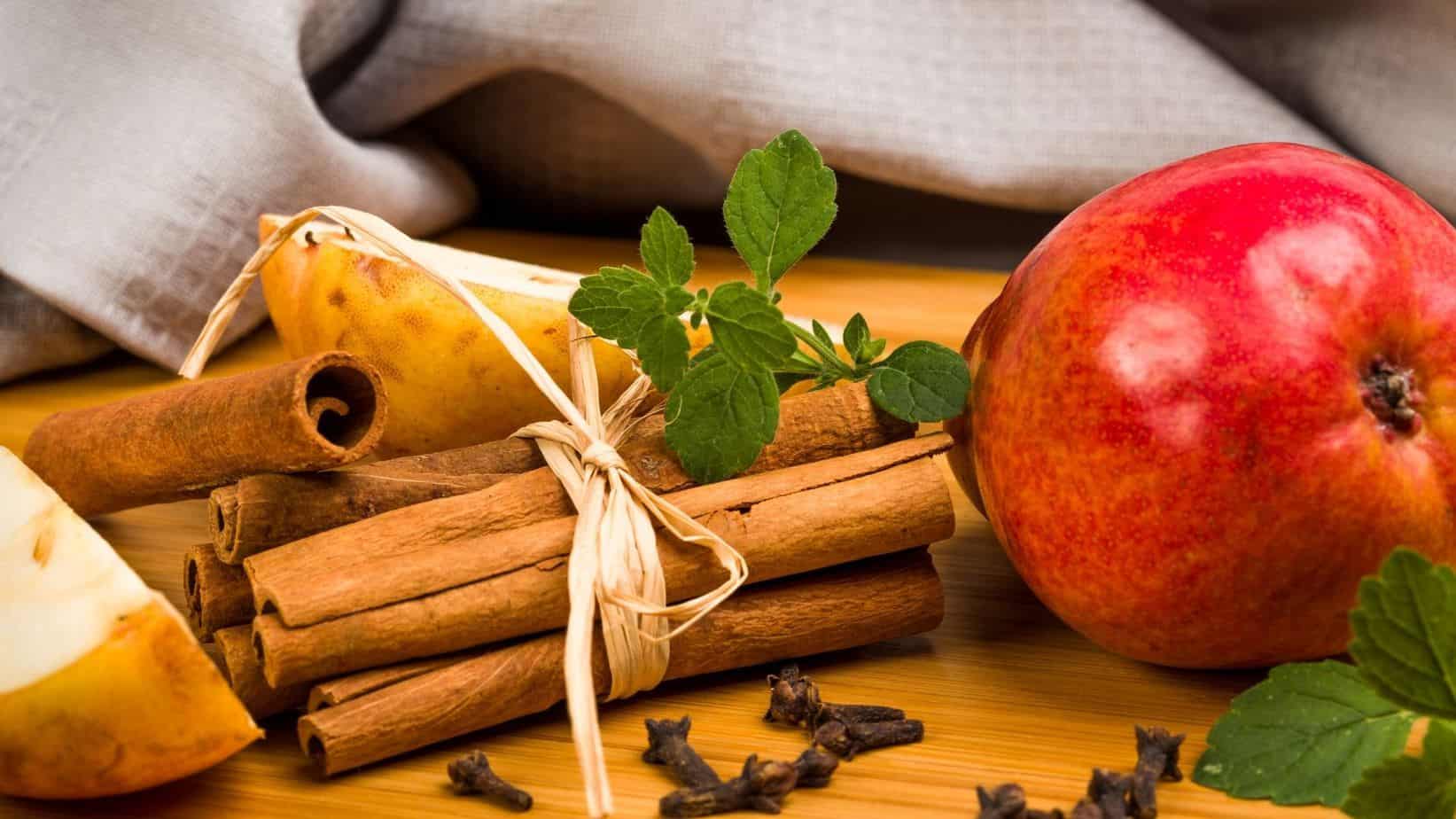 Much like apples, pears combine beautifully with cinnamon. In fact, pears poached in cinnamon simple syrup are beyond gorgeous when paired with an assortment of spiced toasted nuts, vegan cheeses, and olives.

Further Reading: What are the Juiciest Pears? 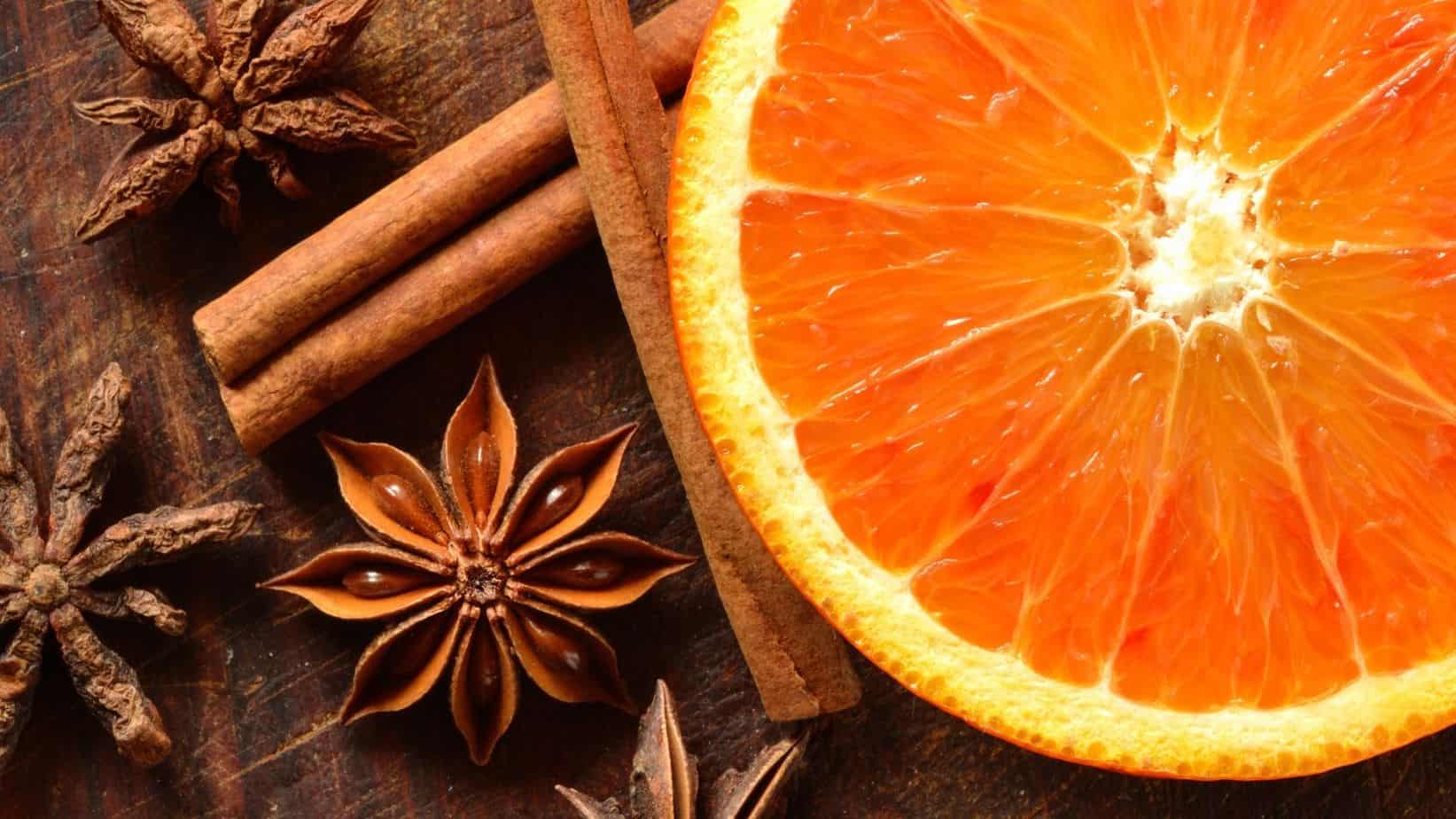 You can go sweet or savory with the orange + cinnamon combo. For example, you can marinate tofu in orange juice with cinnamon, star anise, and soy sauce for a Thai stir-fry. Alternatively, try making pull-apart orange cinnamon bread for a spicy-sweet breakfast loaf. 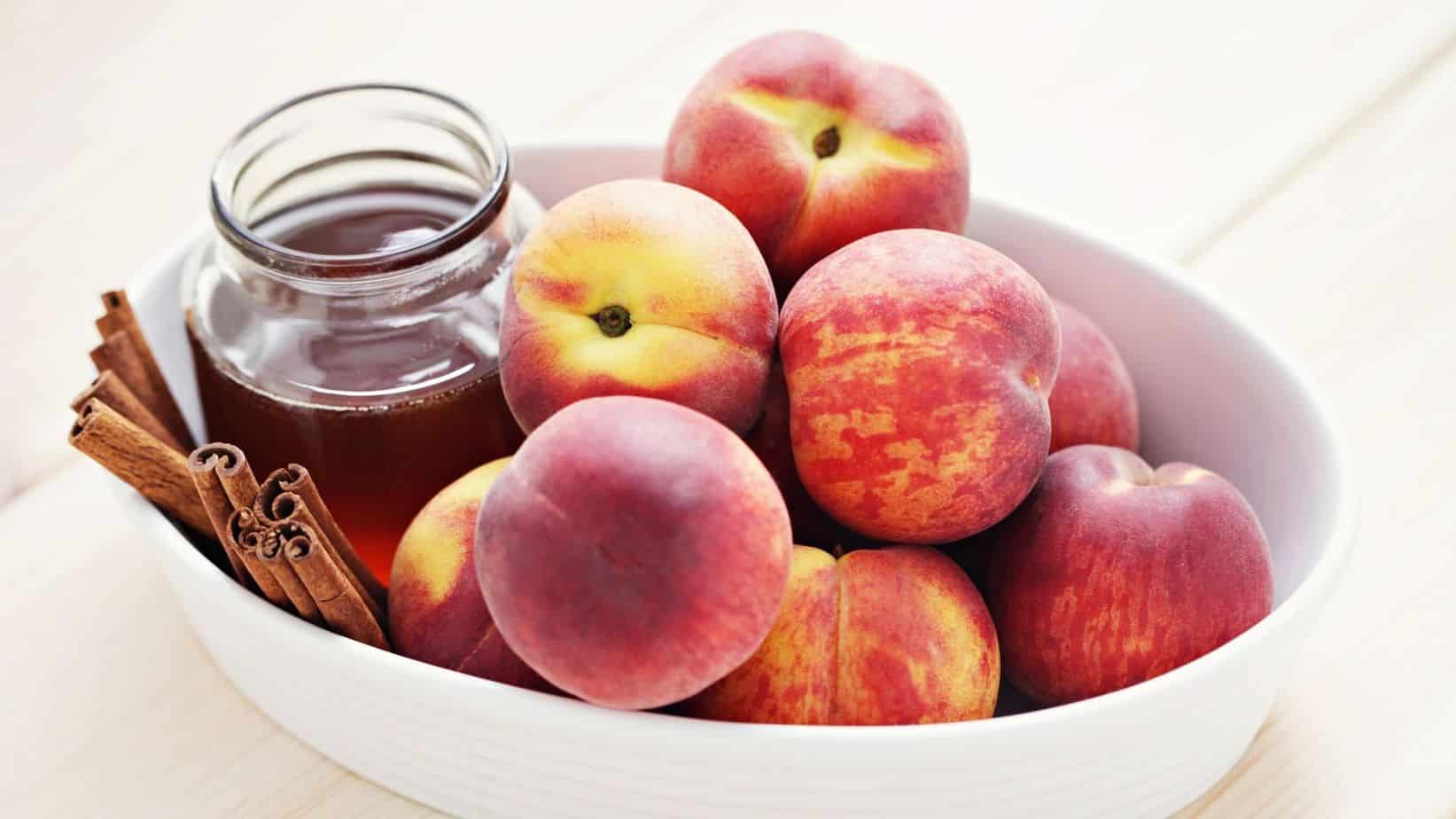 Okay. This recipe has to wait until the height of summertime, so you can get the freshest, juiciest peaches available. Then cut them in half, brush with melted vegan butter, and grill them on high over flame until they caramelize a bit. Sprinkle with cinnamon sugar and a spritz of lime juice, and serve with a scoop of the best vegan vanilla ice cream you can find. 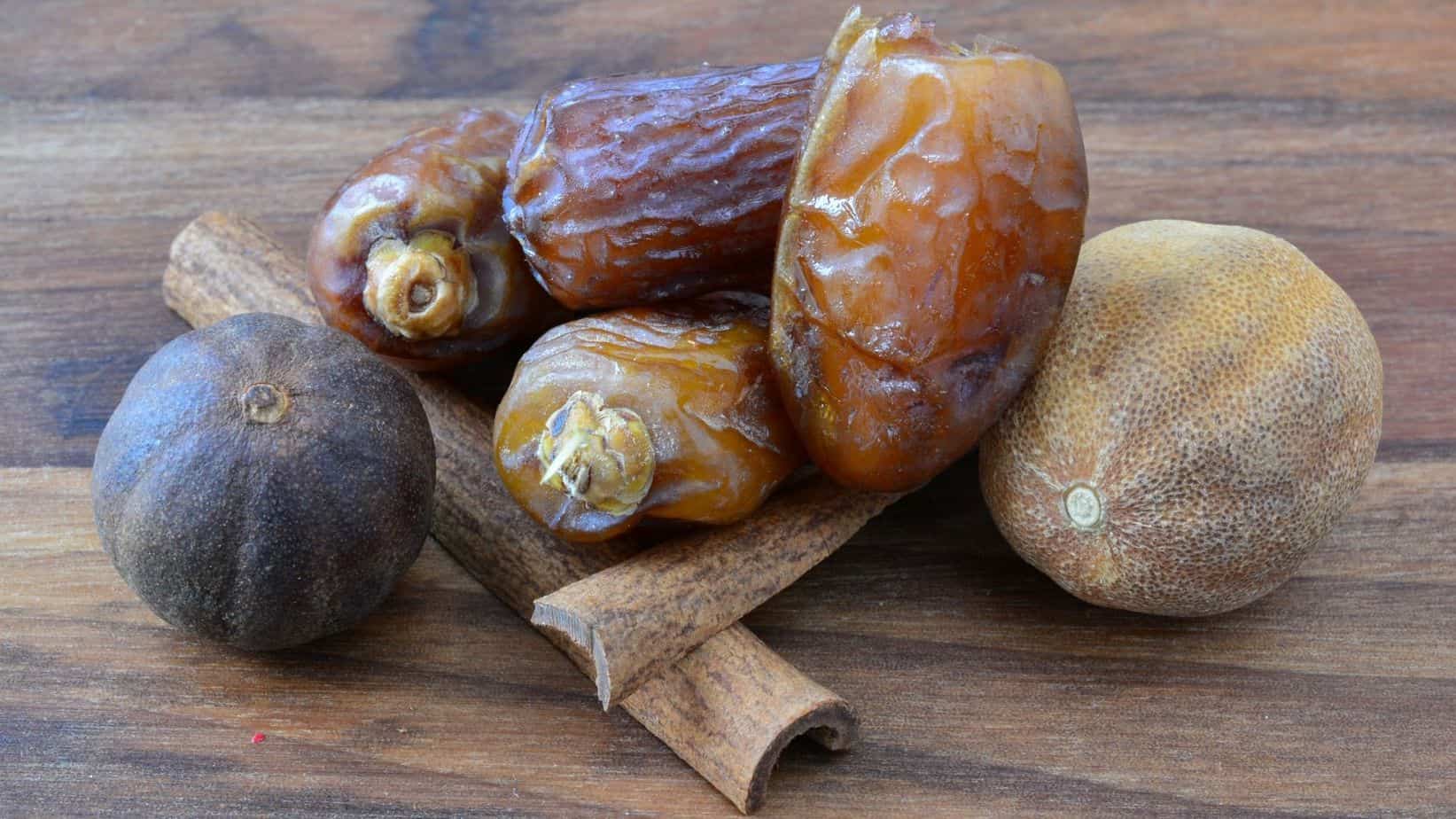 These probably go without saying, but dates + cinnamon = bliss. These fruits go beautifully with other warming spices like ginger, cardamom, and nutmeg, but they’re especially good with cinnamon. If you have a sweet tooth, try making date squares or power balls with cinnamon. Otherwise, stuff them with some vegan almond feta and sprinkle them with cinnamon before devouring them by the handful. 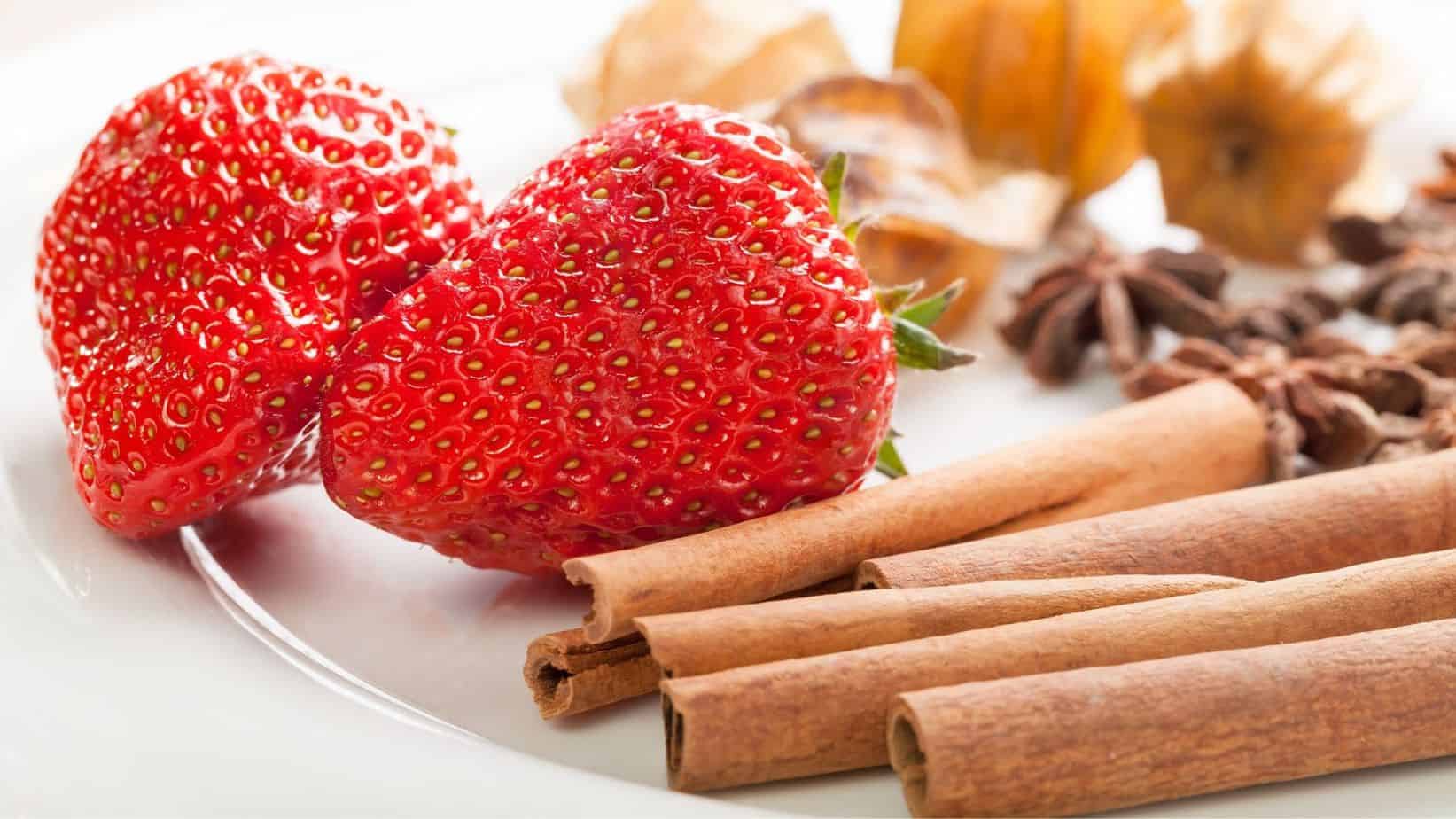 If you’re looking for a decadent dessert, dip whole, fresh strawberries into coconut cream, and then roll them around in cinnamon sugar before eating them. Alternatively, try your hand at making strawberry cinnamon preserves to spread on toast! 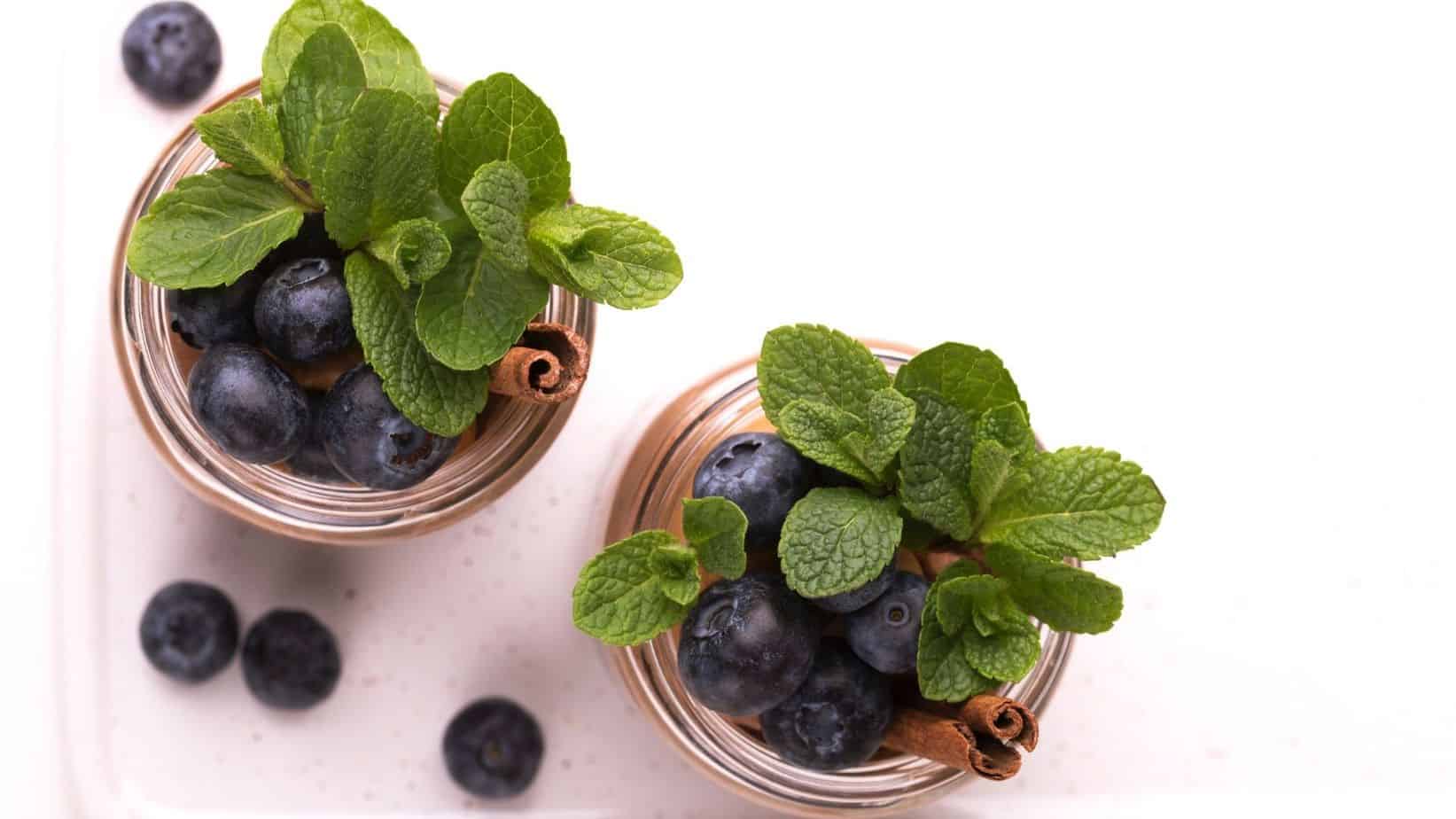 Where would blueberry muffins be without a cinnamon-splashed crumble topping? Combine Earth Balance (or other vegan butter substitute) with flour, sugar, and cinnamon, and work together until it forms pea-sized clumps. Then scoop that stuff generously on top of your muffin batter before you pop the tin into the oven.

You May Also Enjoy: 10 Spices that Go with Blueberries 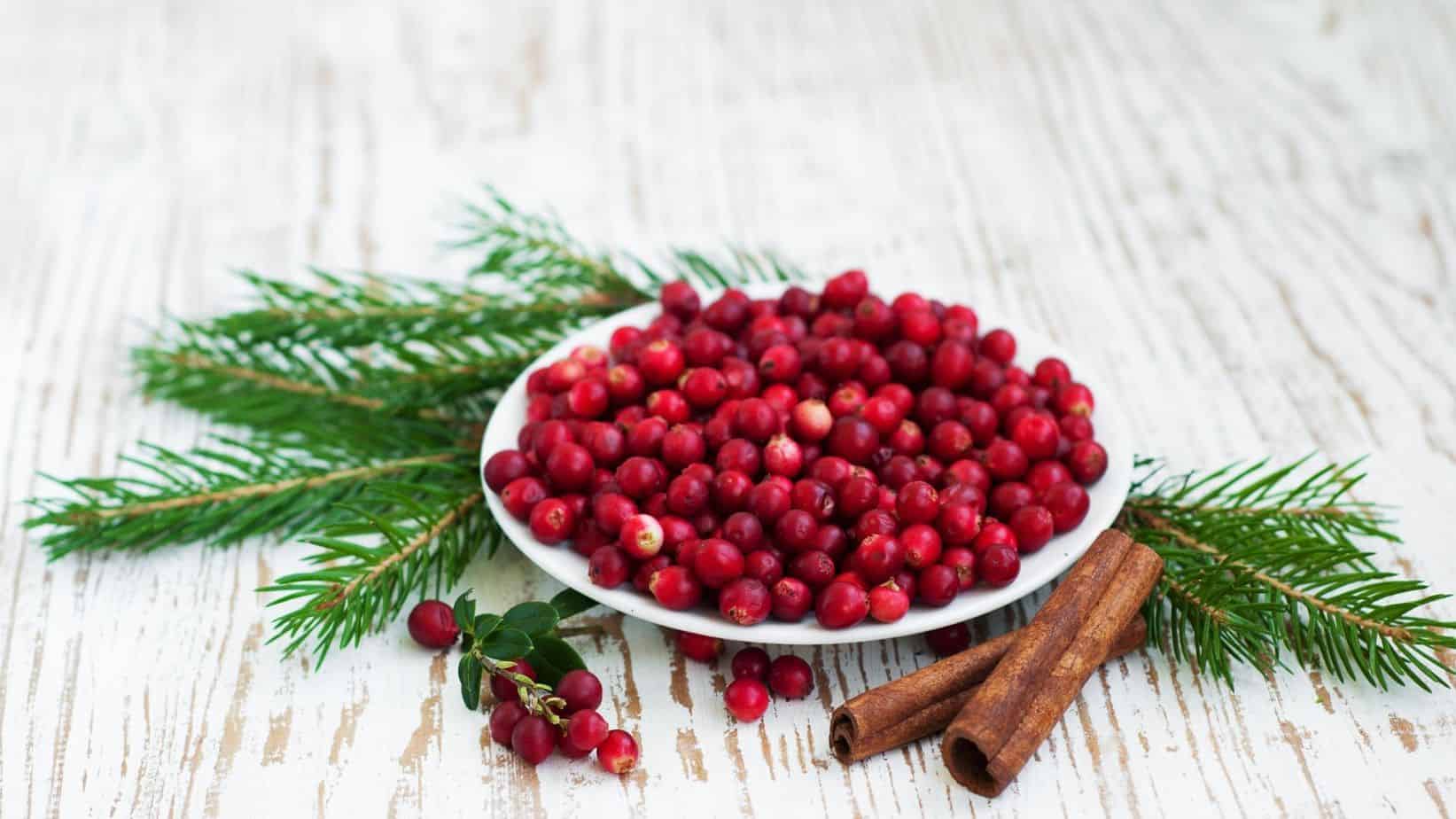 Cranberries and cinnamon go beautifully together, whether you’re making sauce for your holiday Tofurkey, or seasoning homemade granola. You can also combine these ingredients into pies, muffins, scones, or even biscotti. Want to make this stuff even better? Then replace a bit of regular flour with ground almonds. 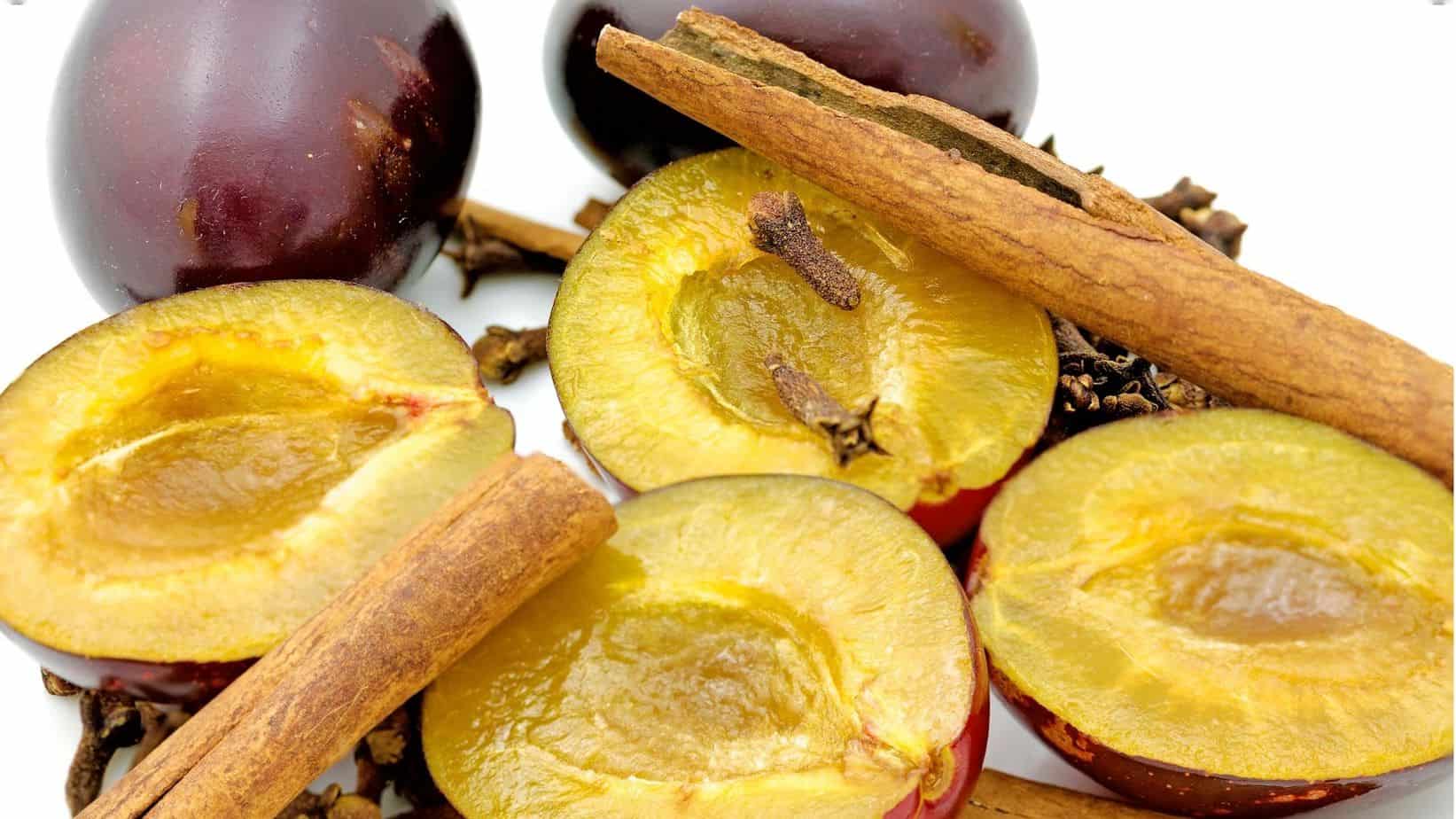 There are few winter treats as delightful as a traditional German plum cake (aka Pflaumenkuchen). Try yelling that word from a rooftop for extra enjoyment. Something about the soft dough, juicy plums, and cinnamon-kissed streusel topping makes this absolute heavenly on a chilly night. Bonus points if you eat this by the fire with a hot cup of tea or cider in hand. 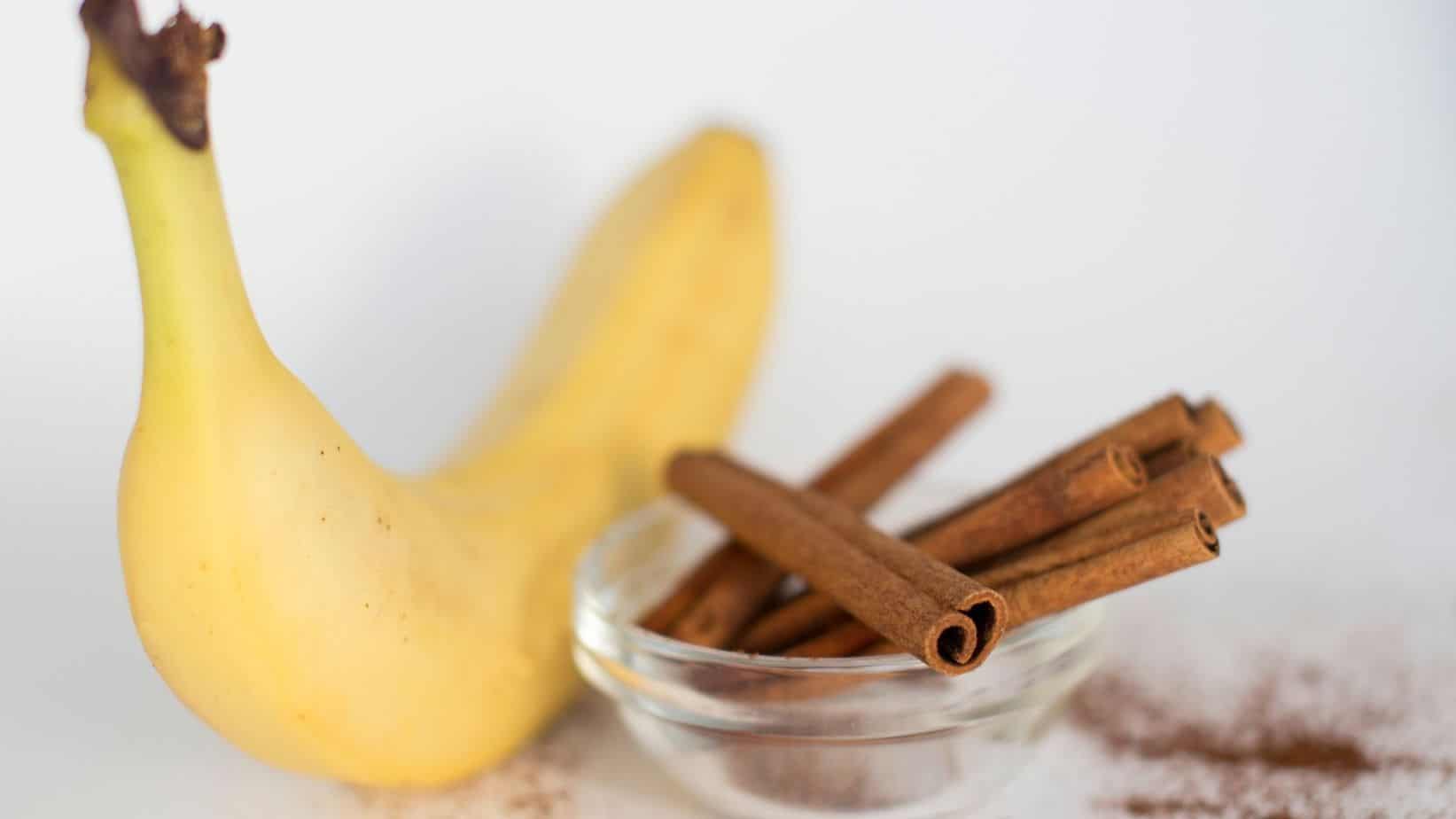 Cinnamon really enhances bananas’ sweetness and flavor. Pair these two together for pan-fried banana bites, or banana bread, pancakes, or muffins. You can even try adding a bit of cinnamon to add extra warmth and depth to a tropical banana-pineapple-coconut smoothie. Spiced rum is optional. 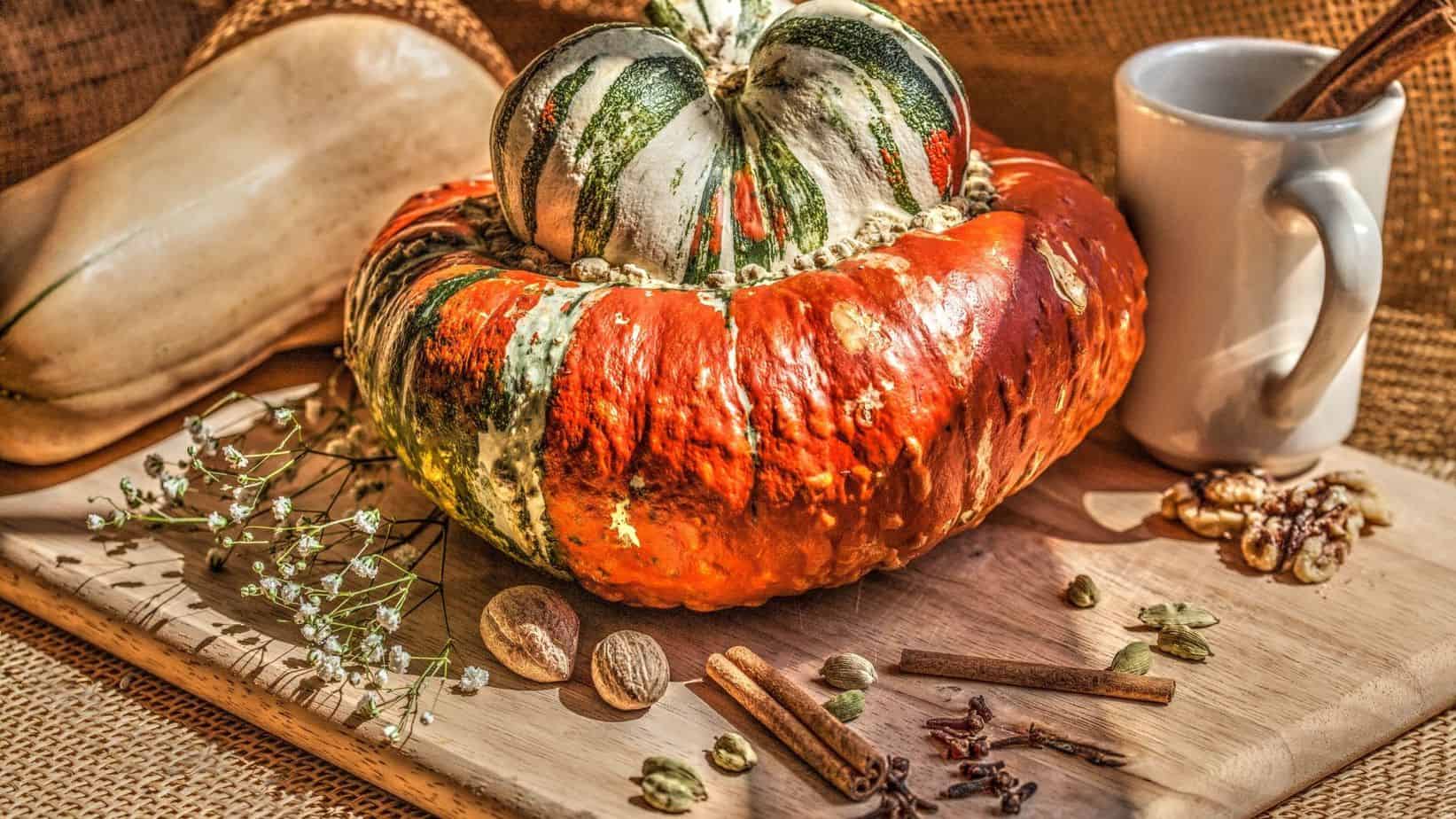 This is a semi-savory pairing rather than a sweet one, though it does still have a bit of a sweet note. In Moroccan cuisine, squash is often added to stews and tagines. Try this recipe, which combines it beautifully with chickpeas, onions, and apricots, and is seasoned with a mixture of garlic, ginger, cumin, harissa, and cinnamon. 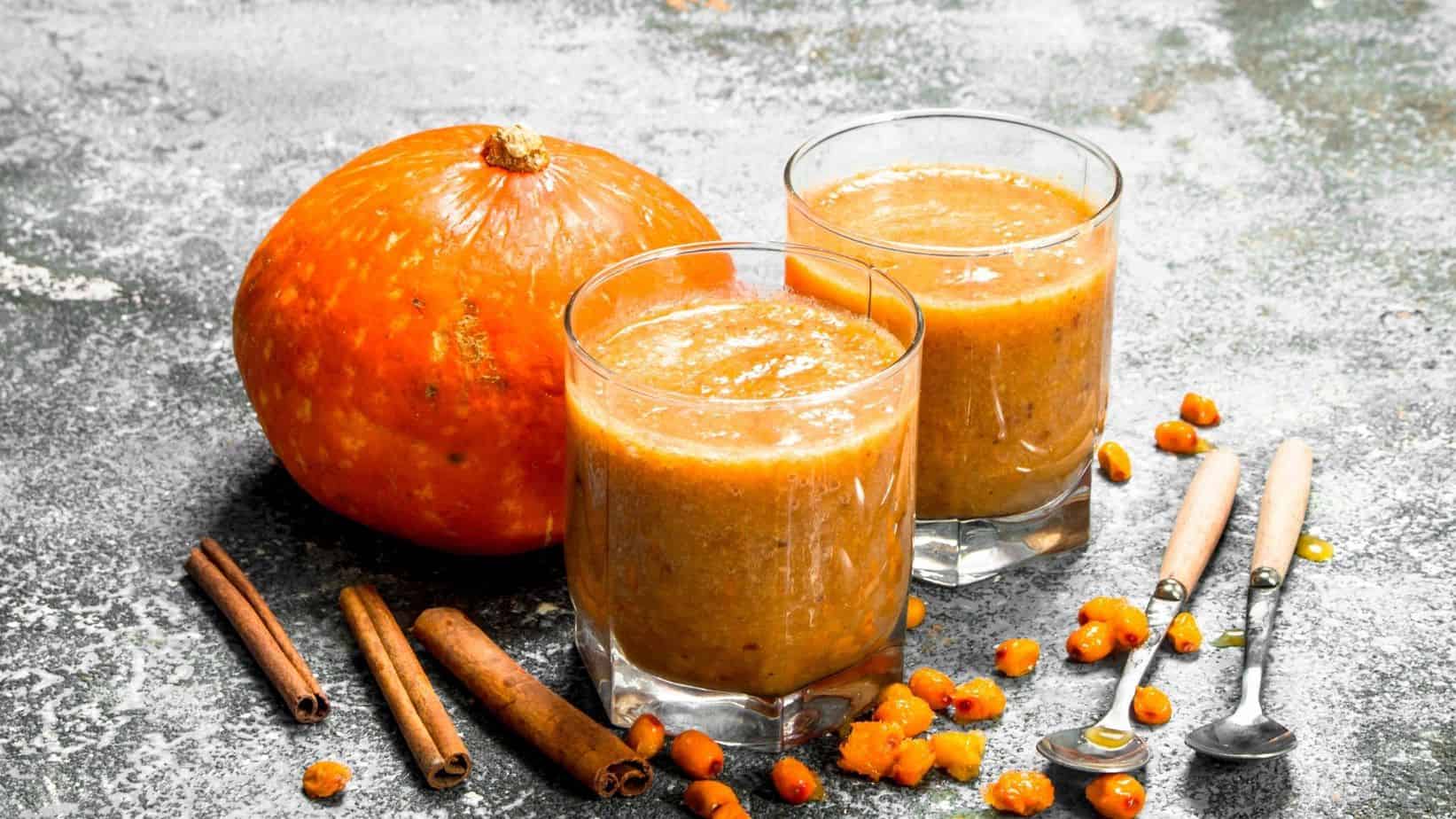 Pumpkin is usually a dessert ingredient in Near and Middle Eastern cuisines. As a result, you get things like candied pumpkin, or pie, or… hummus? Although the well-beloved chickpea spread is usually crammed full of garlic and lemon juice, dessert options are rising in popularity. Try this “pumpkin pie” hummus, which is seasoned with cinnamon, nutmeg, and maple syrup, and determine whether you like or loathe it.

These are some of the top fruits that go with cinnamon, but you may find that you like other pairings as well. It’s good to experiment to determine what your palate does and doesn’t approve of. Try adding bits of cinnamon to various desserts to see if the combos work for you. If not, hey: at least you never have to put that in your mouth again!