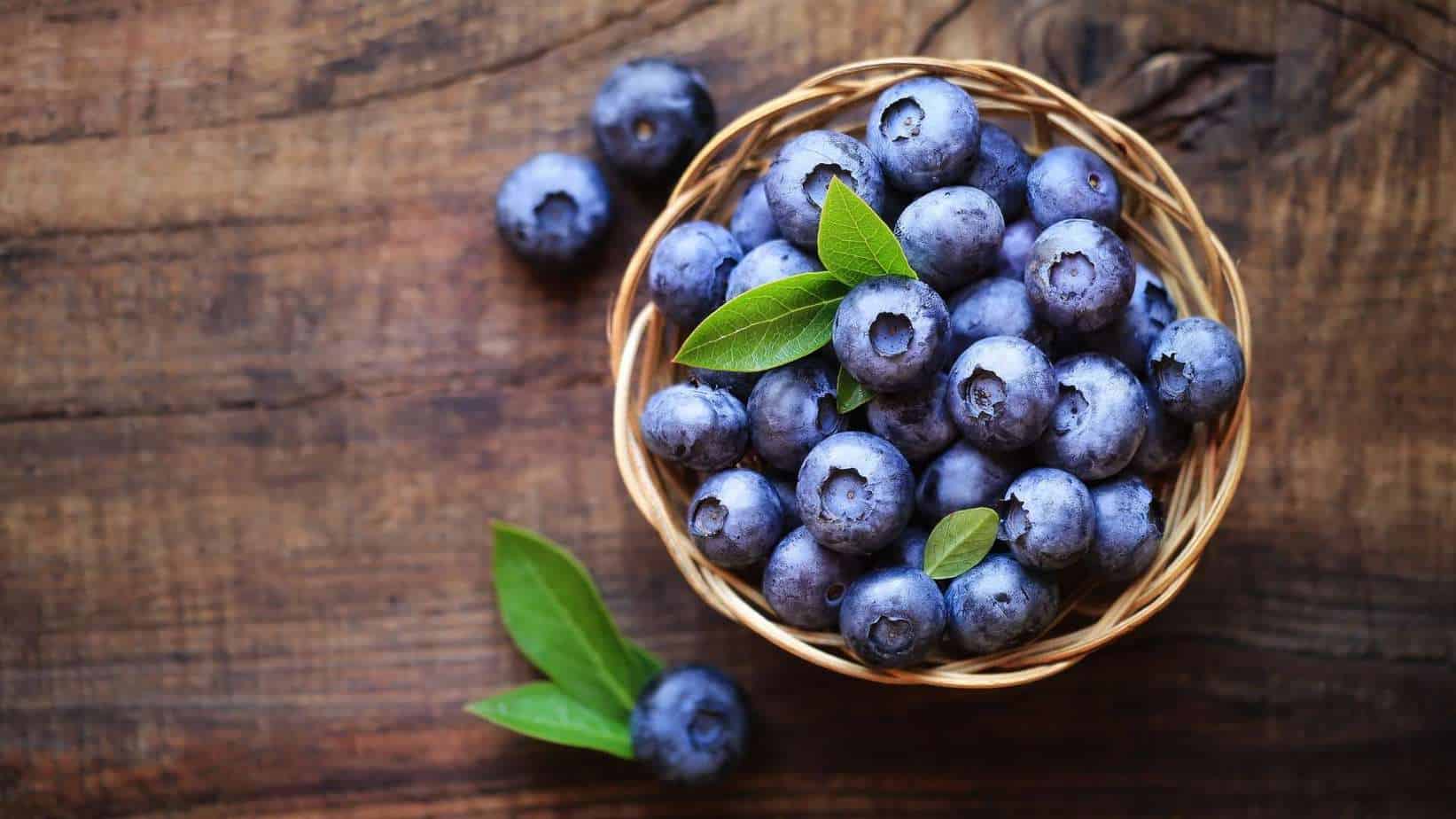 There aren’t too many authentically blue species in nature, which is why they’re both prized, and tend to be named after their hue. After all, we have bluebirds, bluebells… and of course, blueberries. We get the word “blue” from the old Saxon blao (rhymes with “now”) and this fruit’s naming history must have been quite self explanatory.

“Hey Æthelbert, what are you eating?”
“Blue berries”.
“Oh. Okay then.” 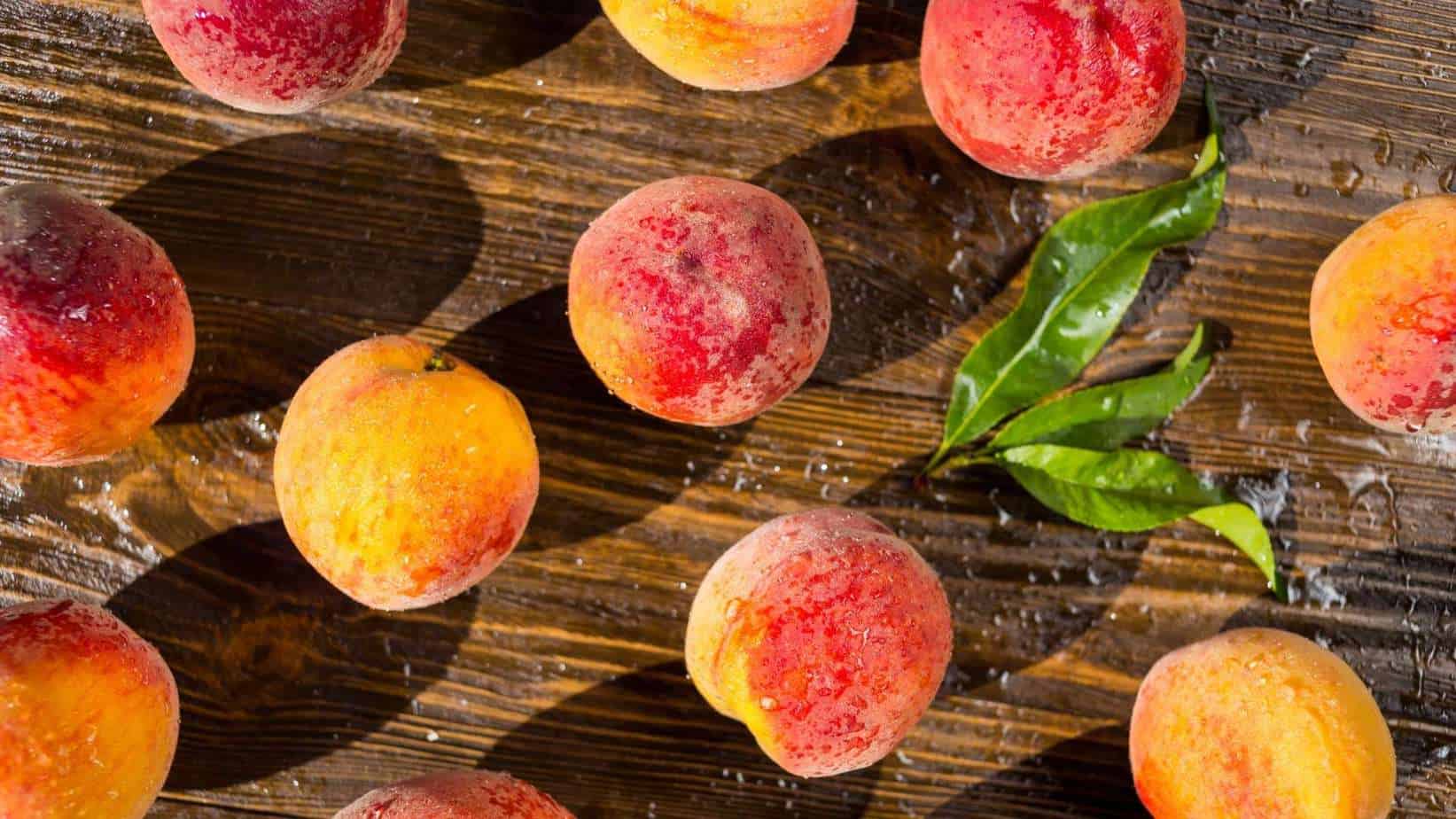 There’s no color—or flavor—quite like peach, which is probably why the fruit and the hue name are interchangeable. These fruit trees are native to China, and were introduced to Persia a couple of thousand years ago. It was there that they were given the name persis, in reference to their color. This evolved to persica in Latin, then pesche in Old French, until it got to its current moniker. Isn’t that peachy? 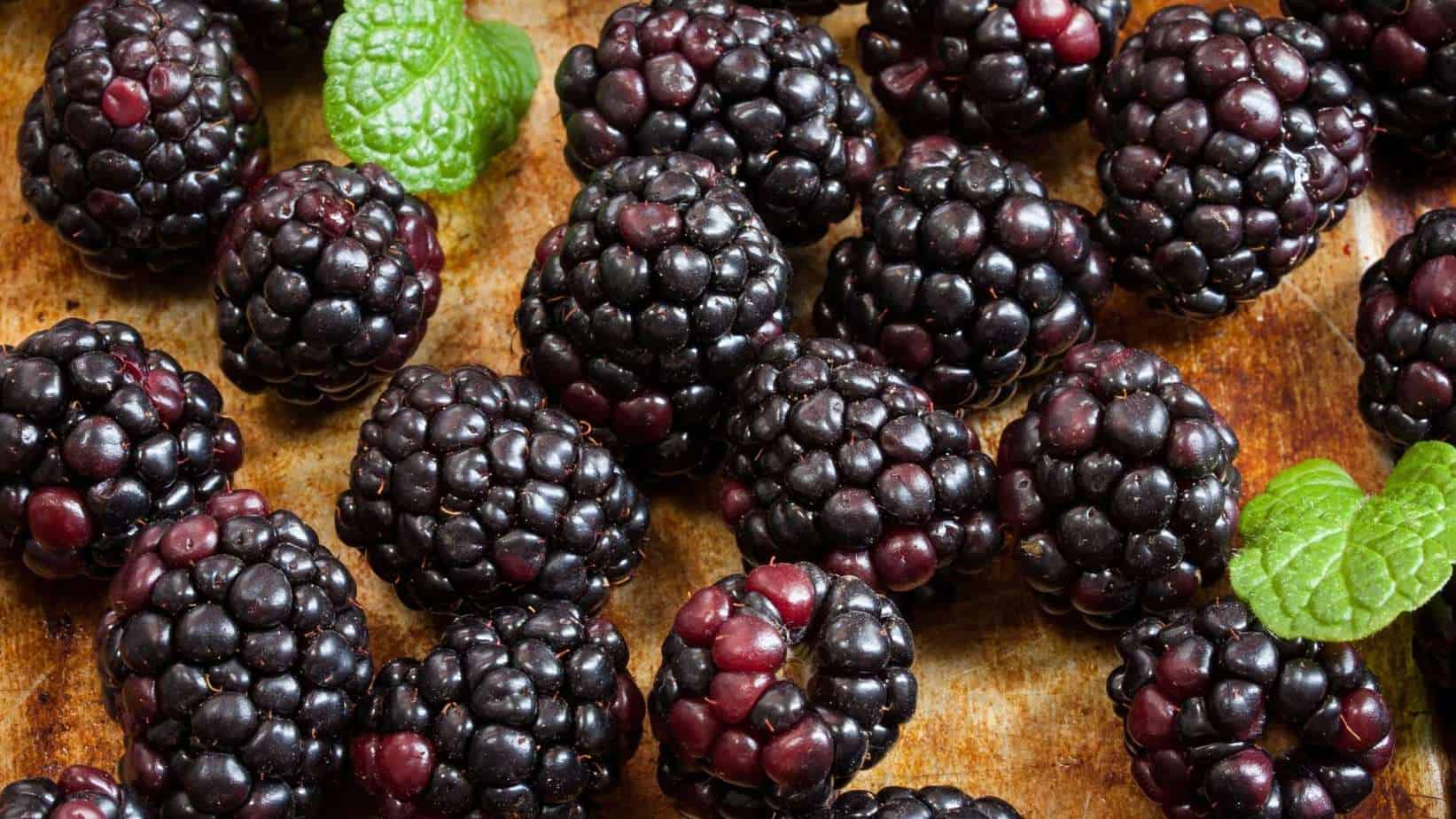 Blackberries are in the same boat (or dish?) as blueberries as far as where they got their name. Basically, they’re berries that are black. We get the word “black” from the Old Norse blakkr, which evolved into blæc in Old English. In fact, if you take a look at the 12th century word blaceberian, you can see how there was just a tiny hop to the modern name we know and love. 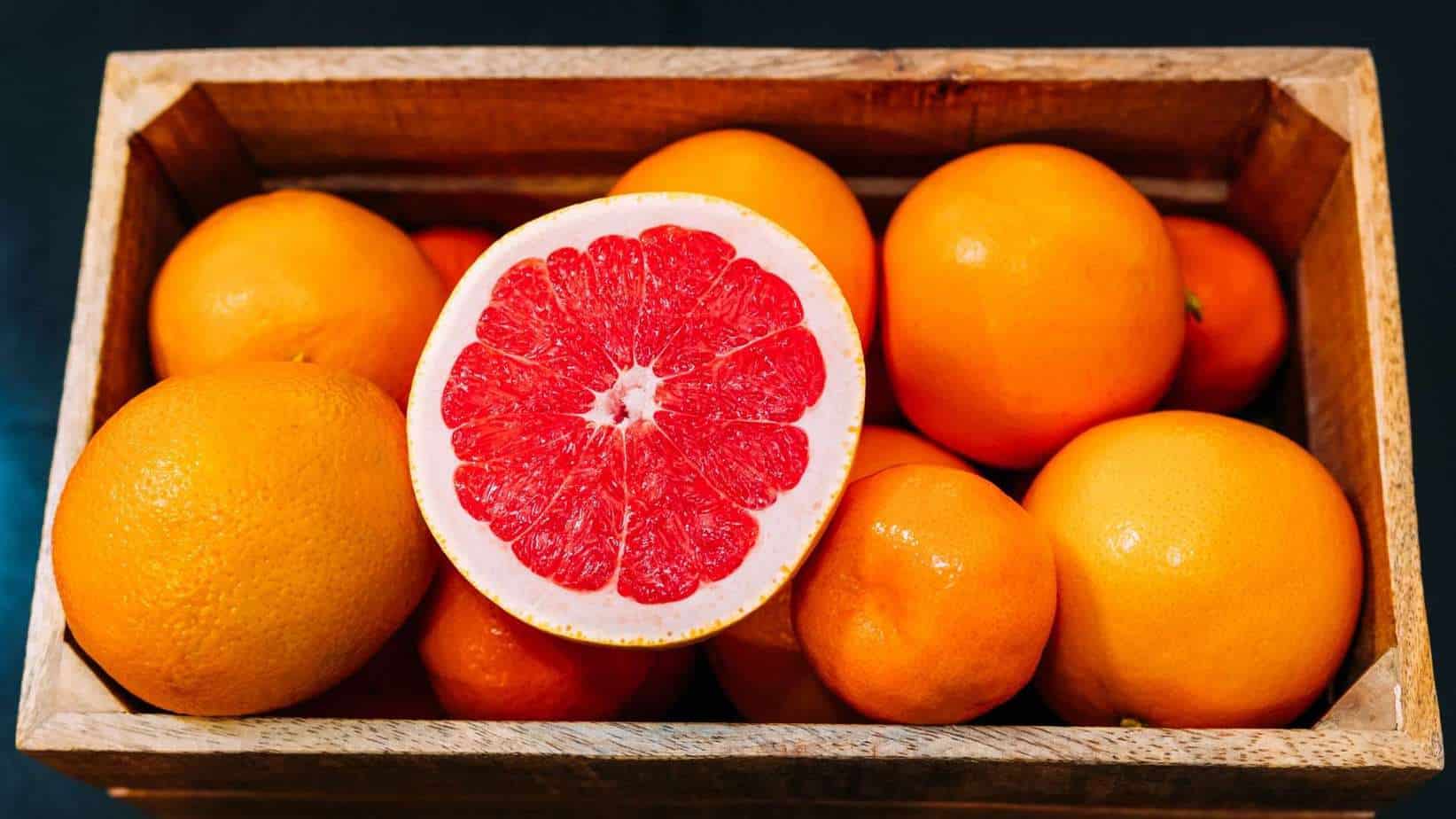 Rubies are some of the rarest precious gems on the planet, and only form when aluminum atoms in the Earth get replaced by chromium during the gems’ compression process. Interestingly, ruby grapefruits also developed thanks to mineral-based mutation. Grapefruits only had bitter, pale pink-yellow flesh until they started being cultivated in Texas in the 1920s. Something in the soil there turned the flesh ruby red, and sweetened it exponentially.

Looks like Texas really is a red state through and through.

Read Also: Fruits That Are Vegetables: 8 Most Commonly Mistaken Fruits 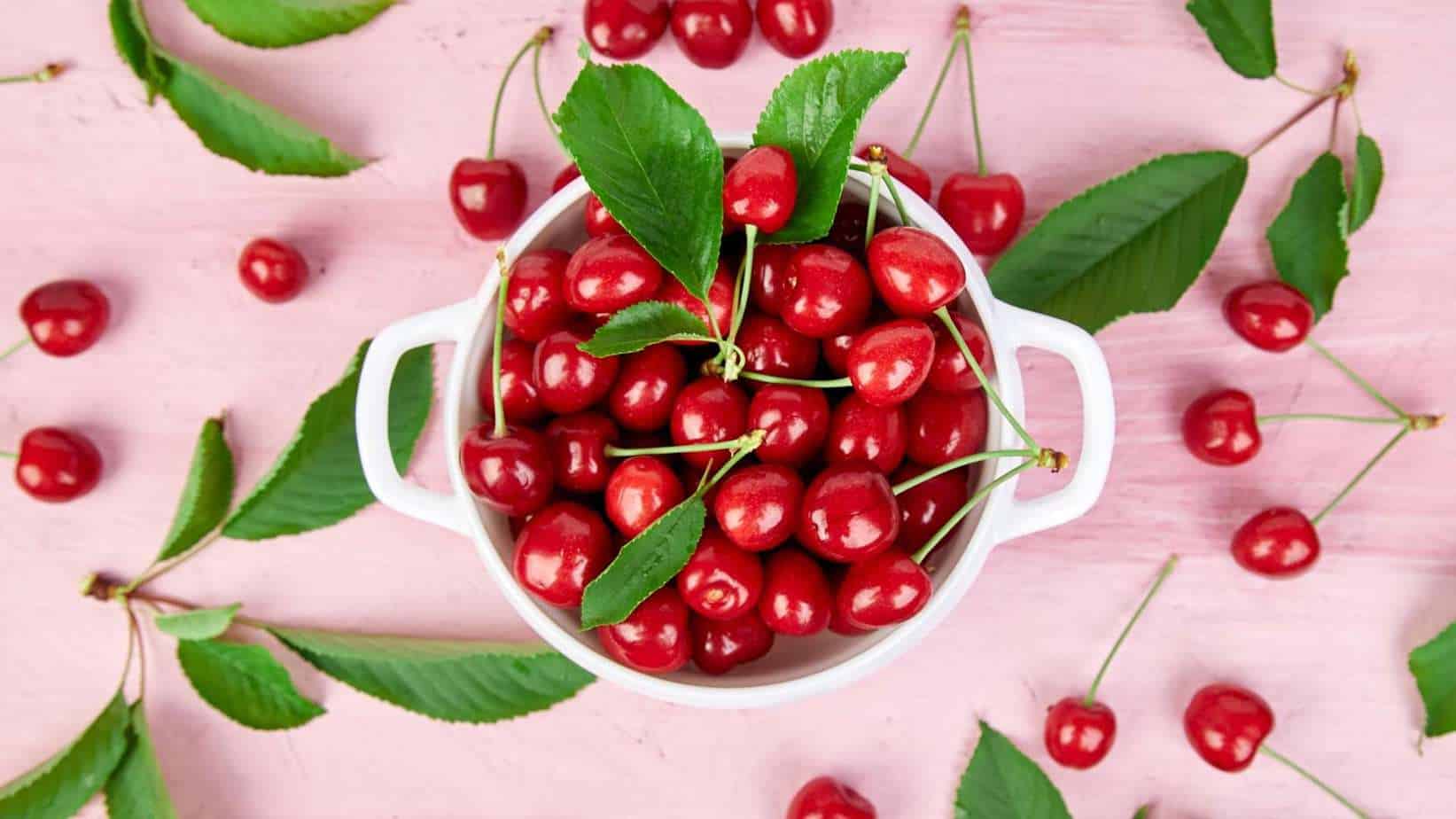 These luscious fruits got their name from the 12th century French word cerise, which in turn came from the late Greek word kerasian. Now, this might be a chicken or the egg scenario when it comes to fruits named after colors. This is because we’re not entirely sure whether the word for this particular red hue was named for the fruit, or vice versa. At least we can agree that cherries are magnificent, and worth devouring whenever possible. 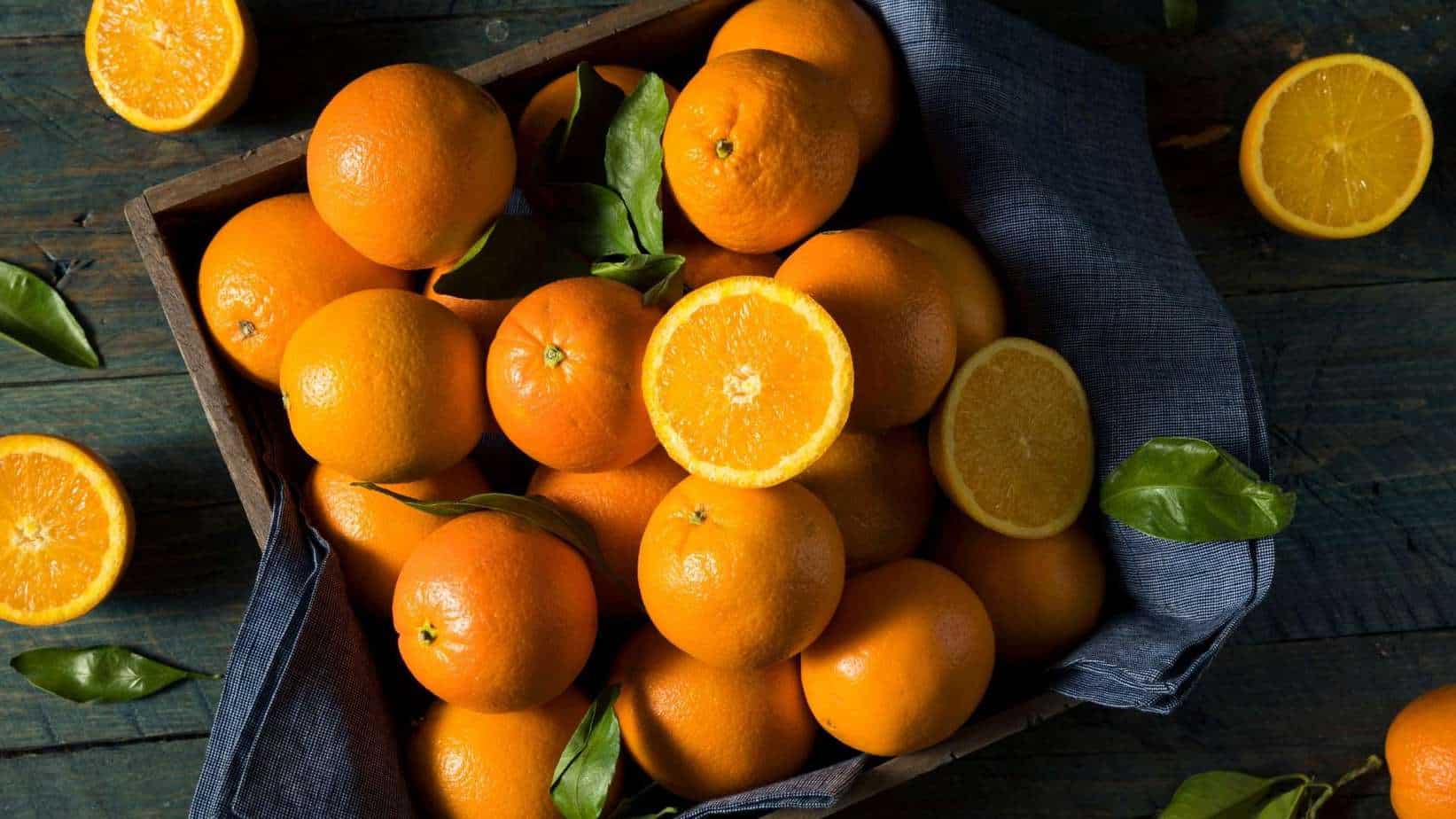 Last but certainly not least are oranges. Instead of this fruit being named after a color, we got the name for the color orange from the fruit. Isn’t that fascinating? The word “orange” evolved from the Sanskrit word naranj, referring to the tree that creates these fabulous fruits.

From there, it became naranza in Venetian Italian, pomum de orenge in Medieval Latin, and then the French got hold of it and transformed it into orange. And now that you know its etymological history, you can torment everyone with this nugget of knowledge at your next family dinner.

Regardless of where and how these fruits got their names, you can delight in the knowledge that eating all the colors of the rainbow is amazingly good for you. After all, the antioxidants, vitamins, and minerals that give fruits and vegetables different pigments also give our bodies all they need to thrive.

Further Reading: All Season Fruits: 10 Fruits that Are Always in Season

The next time you’re feeling bored, look into some of the different components that give these species their hues. You’ll see how lycopene (in red foods), beta-carotene (orange), lutein (green) and resveratrol (purple) benefit our health in various ways. Then you can get creative with adding more of these bright beauties to your own diet!