In this article, we're going to cover the taste of spinach and the texture. We'll also show you how to make it taste good and hide it in food. 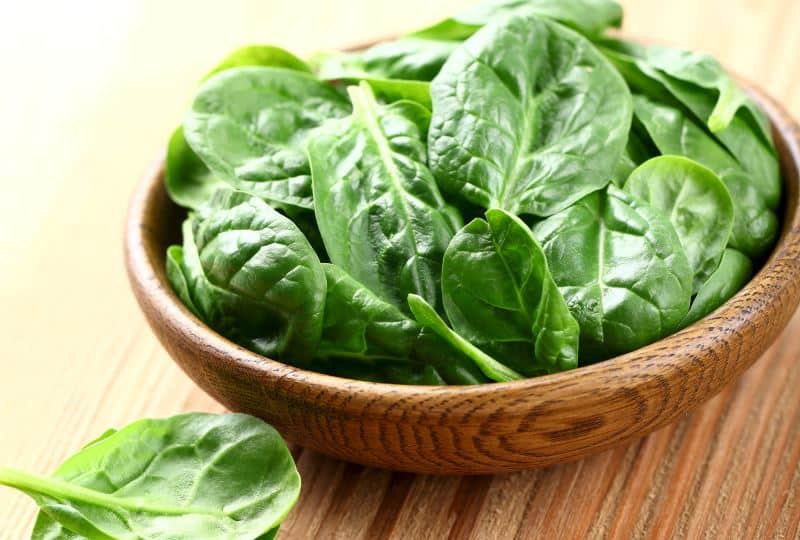 Navigate This Article Using The Links Below
What Does Spinach Taste Like?
Spinach Texture
How to Make Spinach Taste Good
How Do You Hide Spinach in Food?
Wrap up

When raw and fresh, spinach has a very light and green taste. It is not crunchy the way that some lettuces are, and raw spinach isn’t bitter at all, which is why it’s such a great leafy green to include in salads.

Once it has been wilted, however, spinach can tend to take on a bitter flavor. This means that you have to combat that flavor with other ingredients. Baby spinach is much less likely to become bitter when wilted or cooked than larger spinach leaves are.

There are multiple ways of serving spinach, which makes it much easier to include this leafy vegetable in your diet, even if you don’t like the flavor. To enjoy spinach, try:

When spinach is raw, it is going to be very leafy and have the texture of other greens, such as arugula. It is not nearly as firm or hard as baby kale, but tends to be much softer and easier to chew.

Cooked or wilted spinach is much more compact than raw spinach is. This means that it will have more body to it and will require more chewing.

While fresh and raw spinach is almost lighter to eat, cooked spinach is heavier, making it very enjoyable when stirred into soups or included as part of a dip.

How to Make Spinach Taste Good

If you don’t like the taste of raw spinach, then you will want to consider adding it to other recipes where you can enjoy eating it without worrying about the sharp flavor that older leaves can have.

Spinach artichoke dip is a favorite that a lot of people love, and for good reason. This is a great comfort food that is warm and creamy and tastes delicious.

In the above video, you can see how easy it is to make a spinach soup that is really comforting and tasty. Thanks to the inclusion of lots of tasty ingredients such as cucumbers and garlic, this is a bright and light soup.

How Do You Hide Spinach in Food?

Kids often hate spinach, and some adults do too, making it important to know how to hide spinach in certain foods so that it will get eaten.

In this video you can see how easily you can hide spinach in a chocolate smoothie that looks great and doesn’t look bright green like it’s packed full of vegetables.

Another great way to hide spinach in food is in muffins. By blending the spinach with wet ingredients, it will stir right into your muffins and nobody will know that it’s included.

Spinach is a great leafy green to include in your diet on a regular basis, and even if you or someone in your family doesn’t like the way it tastes, you can easily sneak it into some foods that everyone will love. Try including spinach in a smoothie and you’ll be amazed at how bright and fresh it tastes.