In this article, we're diving into eggplant. You'll find out about the taste, texture and ways to cook it to perfection. Then we'll share recipe tips... 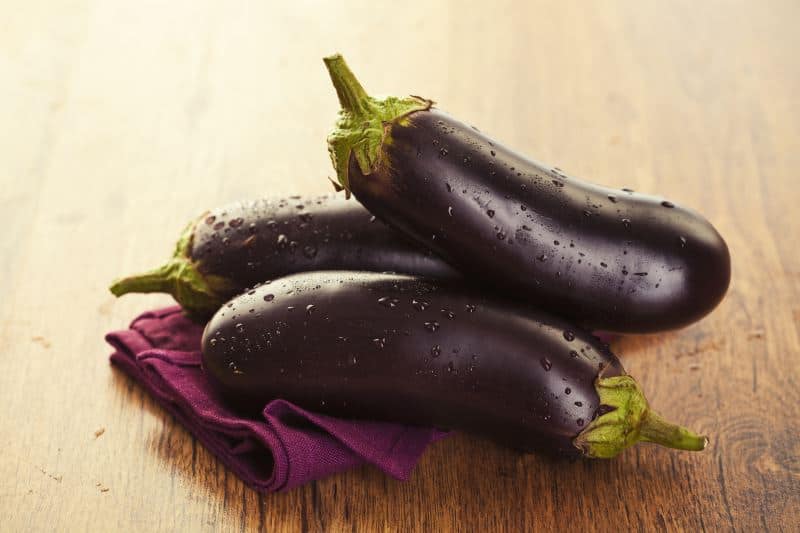 Eggplant has a mild but earthy flavor with a subtle bitterness, though that's easily taken out if you coat sliced eggplant in salt and let it sit for thirty minutes or so.

The flavor will change with different cooking techniques. Well-done eggplant is fairly sweet while roasted eggplant is even sweeter. Slow-roasting methods can make eggplant taste candy-sweet.

Raw eggplant is firm and spongy. When you press it between your fingers, it should be pretty springy. In fact, when it feels soft, it's a little too ripe.

Cooked eggplant is much different. It softens right up and gets creamy when cooked thoroughly, and slow roasting will make it so creamy that it's almost like pudding.

Though eggplant is often used the way meat is in dishes like vegan eggplant parmesan, it doesn't actually taste like meat. However, its earthiness does lend an umami flavor.

Eggplant is also frequently used to make vegan "bacon" with tamari, liquid smoke and maple syrup. It does make a good vegetable for fake bacon.

It can take on flavor profiles of meat if seasoned correctly, but it's naturally less dense and less chewy than meat.

Is It Better to Peel Eggplant?

You don't need to peel eggplant, but it's an option. The skin can be on the tough side, especially with more mature eggplant, so feel free to peel it in this case.

There's also more bitterness in the skin than in the flesh, which the salting method may not draw out. If you slice it thinly, it probably won't be an issue, but thicker wedges may require peeling.

Can Eggplant Be Eaten Raw?

It's not typical to eat eggplant raw. It may not give you any issues if you do eat it raw once in a while, but it can cause digestive problems, so it's best to cook it.

If you like, you can try dehydrating eggplant, which makes for a chewy texture. This can be wonderful for eggplant bacon, vegan jerky and eggplant chips for dipping.

How Do You Cook Eggplant?

Eggplant can be turned into veggie dips, veggie burgers and more. These videos with step-by-step recipes are going to get you started on your journey.

If you haven't had baba ghanoush, this is the place to start with eggplant. It's creamy, smoky and fabulous.

Here's what you need:

These eggplant veggie burgers are so easy to make with just a handful of ingredients.

The earthy-tasting eggplant can be baked, roasted, fried or dehydrated into vegan jerky. Pour a little salt on sliced eggplant and let it sit for half an hour to reduce any bitter flavors and just wipe it off when you're ready to cook. Make baba ghanoush, veggie burgers, vegan eggplant parmesan and delicious roasted eggplant sandwich fillings to rival any mock meat.