Cutting into an eggplant can be so satisfying. They’re gorgeous on the outside, and slicing into them usually reveals a creamy interior that looks delicious.

Here in this post, we’ll be explaining why your eggplant is brown inside, as well as if it’s still safe to eat.

Quick Answer: Why is My Eggplant Brown Inside?

A couple reasons could be behind the browning of your eggplant, and you probably already know one of them: it’s going bad. The second reason could be that it’s browning simply because you cut into it, much like how an apple turns brown when it’s been sliced.

If you’d like to learn more about an eggplant’s coloration, you can read about why most of them are purple here.

Reasons Why Your Eggplant is Brown Inside 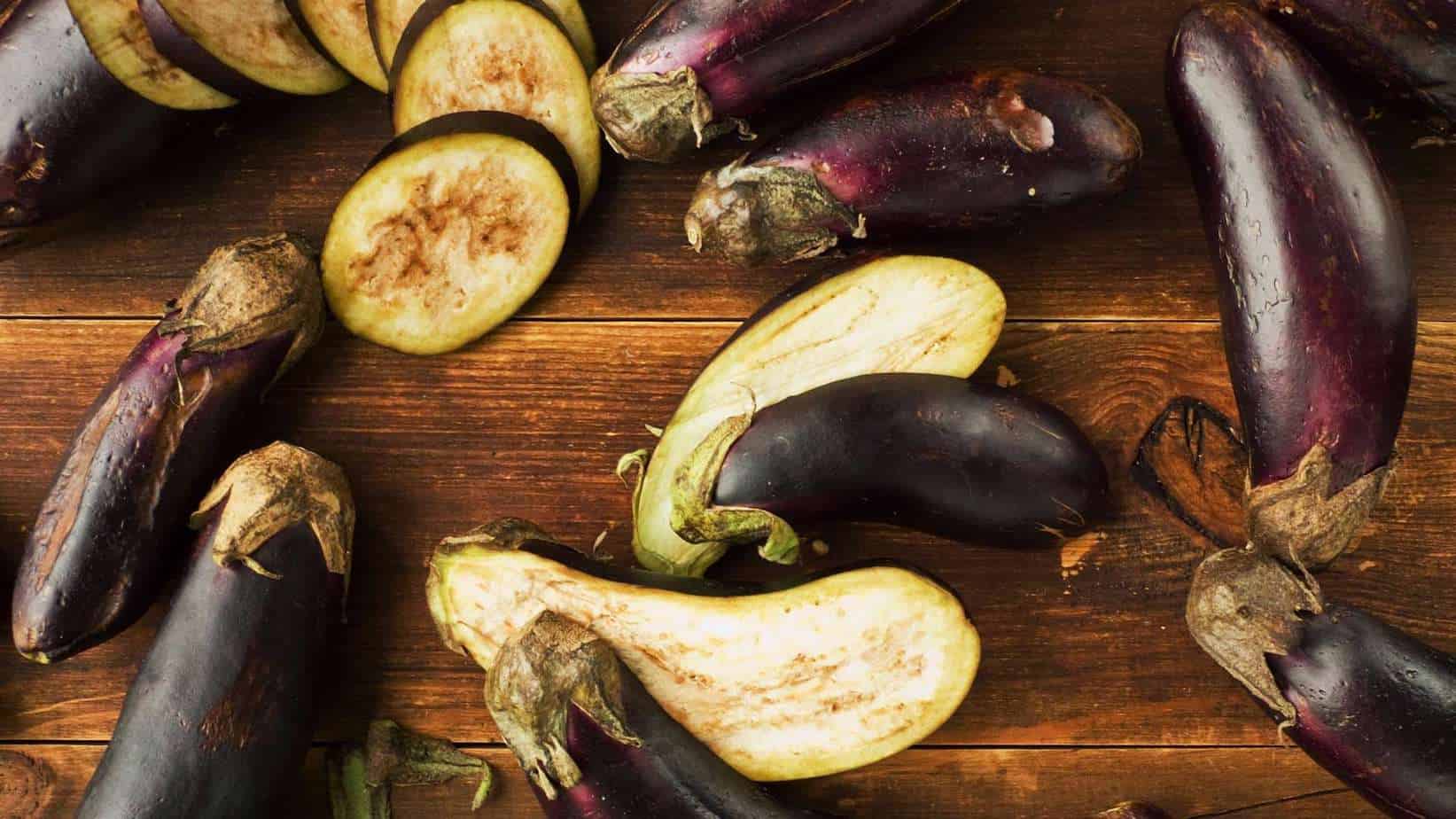 Now you have a very high-level overview of why your eggplant could be turning brown. However, you may not know how to determine which reason is the cause in your situation.

We’ll take a closer look at the two causes here so you can figure out how to tell which one is causing your eggplant to darken inside.

Chances are, you’ve sliced open an apple at some point. You’ve seen what happens after you do so: the crisp white interior of the apple starts to take on a rusty hue after a short period of time.

This doesn’t mean the apple has gone bad, though. It just means the apple is undergoing a process called enzymatic browning, which happens because the some chemical compounds in it are being oxidized by the air.

If your eggplant has turned brown because of enzymatic browning, it’s still perfectly safe to eat. The way you can tell this is the cause is if the eggplant only started to discolor after you cut into it.

Read Also: Why is My Eggplant Yellow Instead of Purple?

The second reason your eggplant is brown is straightforward: it’s gone bad. There’s naturally little pockets of brown around the seeds, so if those are the only places you see discoloration, that’s fine.

However, if you’re seeing large patches of brown or the entire inside is brown, then that’s a good sign you need to toss the eggplant.

There are some other external qualities that help you determine if an eggplant has gone bad before you even cut into it. If it feels soft, for instance, that’s indicative of decay. Wrinkles on the outside often point to the eggplant having gone bad, too.

And if there’s any mold on the outside? You can forget about that eggplant.

Related Article: Why is Eggplant so Filling?

How to Pick a Perfectly Ripe Eggplant 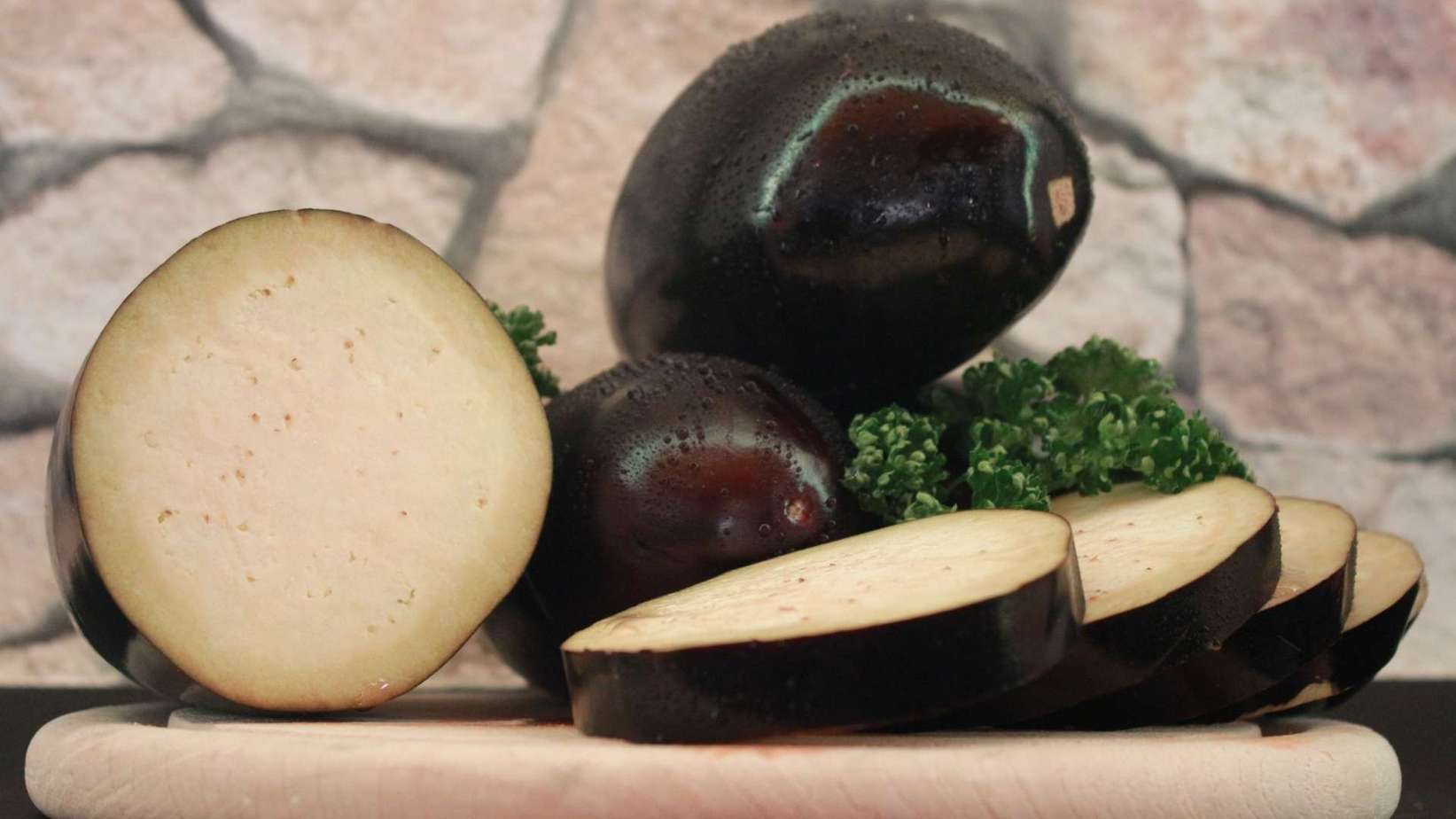 So what tells you that an eggplant is good? That part is actually pretty easy.

You can tell an eggplant is safe to eat if it’s nice and smooth on the outside. It should have a waxy kind of sheen, as if it’s been polished.

Press your fingertip into its skin. A ripe eggplant’s skin will spring back into place, but the skin of an overripe one will not.

In conclusion, an eggplant’s flesh should not be brown when you first cut into it. If it turns brown after you’ve cut into it, then that’s due to a natural process called enzymatic oxidation, and it’s still fine to eat.

Related Article: Why is My Eggplant Green Inside?

You can typically tell in advance when an eggplant is suitable for eating just by examining the outside or feeling the firmness of the skin. By taking those steps, you won’t be unpleasantly surprised by a rotten eggplant ever again.

Also Read: Why is my Eggplant Tough? (And How to Fix It)