English breakfast or Earl Grey? In this article, we'll tell you about all about Earl Grey tea, including what it tastes like, how it's different from other black teas and the best ways to drink it. 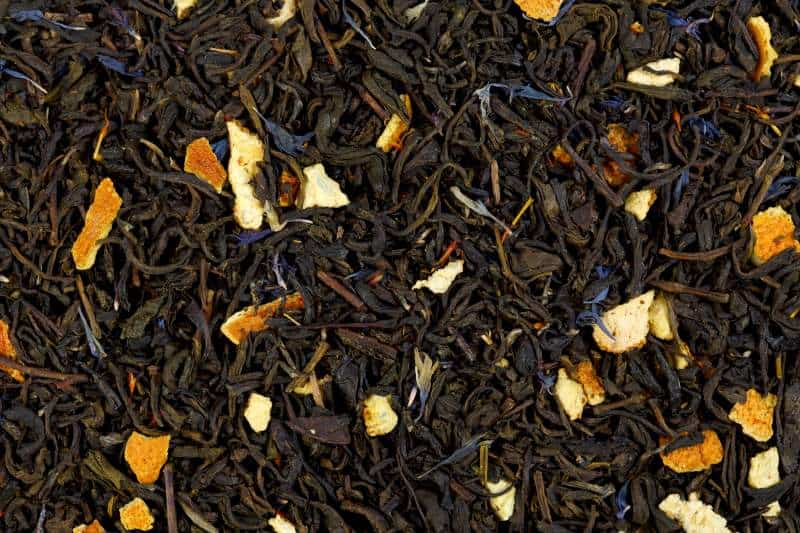 The taste of Earl Grey (sometimes spelled Earl Gray) is instantly recognizable. It's a black tea infused with the essence of bergamot, an intensely floral orange grown in Italy, France and Turkey.

As such, Earl Grey tea has a potent floral flavor with hints of citrus, but it's more like a sweet orange blossom perfume than an actual orange. Be prepared for the intensity of this intoxicating characteristic.

Does Earl Grey Have Lavender?

Having Earl Grey tea with lavender is a French style of drinking it. Many tea brands advertise Earl Grey with lavender, which increases the sweet, perfumy quality.

You can add fresh or dried lavender (the kind meant for eating) to a pot of Earl Grey tea at home if you don't have the blend. This will usually create a more powerful lavender flavor.

Do You Put Milk in Earl Grey Tea?

If you take a poll to find out how people take their Earl Grey, you'll get a variety of answers. For the British, milk is a popular ingredient, perhaps with a small amount of sugar.

Drinking Earl Grey with lemon is one of the most common ways to enjoy it. You can add agave or any vegan sweetener you like in this case, but don't be afraid to try a splash of almond milk.

What Is the Difference Between Earl Gray and English Breakfast?

There's a huge difference between these two teas. English breakfast is a strong blend of a variety of black teas, including rich Ceylon and Assam teas.

Earl Grey's prominent feature is its strong flowery quality. It's made with black tea, but the type of tea leaves used takes a backseat to the bergamot. You may even find spins on Earl Grey in herbal tea forms.

What Is the Best Way to Drink Earl Grey Tea?

Now it's time to get into the fabulous drink recipes you can make with Earl Grey. Ever heard of a London Fog? It's such a popular tea latte that it's in its own category.

This is the most simple way to approach a London Fog. There's just a small handful of ingredients: Earl Grey tea, vegan milk, culinary lavender, your favorite liquid sweetener and vanilla extract.

Here's a way of making Earl Grey iced tea with a little something extra: hibiscus. You just need the dried hibiscus flowers in additional to the tea. Simple, right?

There's nothing like the fragrance of bergamot-scented Earl Grey tea. Have it with lemon and sweetener or any vegan milk you like. In the summer, it makes delicious iced tea with hibiscus, lavender and citrus fruits like oranges, lemons and limes. What about an Earl Grey tea popsicle?