In this article, we're going to cover Canada Dry Ginger Ale. What does it taste like? Which is better, Canada Dry or Schweppes? We'll answer these questions and more. 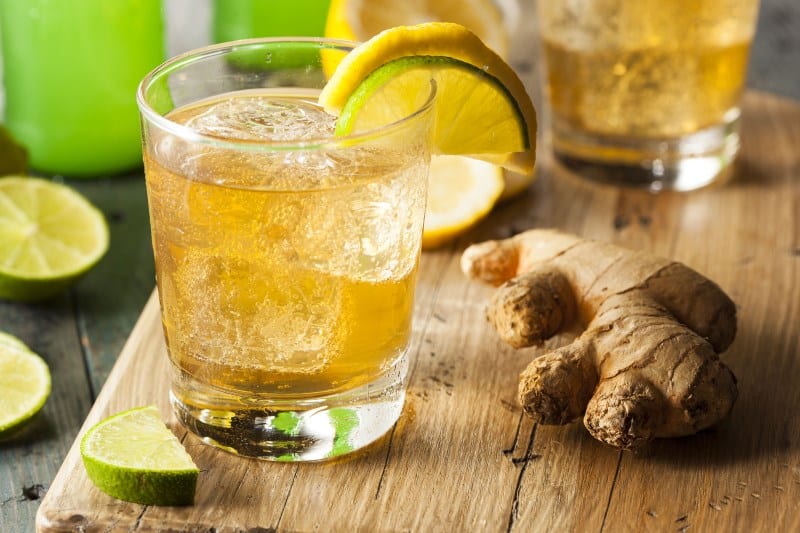 Navigate This Article Using The Links Below
What Does Canada Dry Taste Like?
Ginger Ale Texture
Is Schweppes or Canada Dry Better?
What Brand of Ginger Ale Is Made with Real Ginger?
Ginger Ale Recipe Tips
Wrap Up

Even so, the ginger flavor is toned down in comparison to ginger tea with no trace of spice. It's sweet, but not as sweet as Sprite or 7-Up, which can taste a little like sugar water. Canada Dry is more balanced.

Ginger ales are carbonated, so they're full of lots of tiny bubbles. Just be careful not to shake the bottle before you open it or you'll end up with an overflowing mess of fizz.

Canada Dry is a particularly bubbly ginger ale—some people feel that it's fizzier than other brands. It's one of the elements of Canada Dry that its fans love.

Is Schweppes or Canada Dry Better?

There are those in the Schweppes camp and those in the Canada Dry camp. As for which you'll find tastier, it's partially a matter of how sweet you like your pop.

If you like Sprite, you may be more into Schweppes. It has the more sugary taste, and its ginger flavor is more hinted at than defined as in Canada Dry. So if it's the ginger flavor you're more inclined to enjoy, go for Canada Dry.

What Brand of Ginger Ale Is Made with Real Ginger?

Canada Dry may proclaim that it has real ginger in it, but the ingredients list says "natural flavors"—no "ginger" in sight.

It's not that it doesn't have ginger extract in it, but that seems a little different than an ale made with hunks or actual ginger. If you're looking for a good dose of the root to settle your stomach, you probably won't find it in Canada Dry.

It's common for ginger ales to use extracts rather than real ginger, including many ginger beer brands (ginger beer, which is nonalcoholic unless otherwise specified as such, is often spicy).

Some brands do use real ginger root, like Reed's. The only problem with Reed's is that it uses honey. If you're having trouble finding a vegan ginger ale or ginger beer with the genuine ingredient, you can add some to your glass. Or better yet, make some at home.

Can't quite find the ginger ale of your dreams? Make it. You can control the exact spice level and add other fruits, citrus juices and spices to your heart's content.

Though this video shows you how to make ginger ale with a home carbonator, you don't need one if you substitute sparkling water. What's great about this recipe is that it uses apple juice instead of sugar to sweeten it.

Grab these ingredients (in addition to your carbonated water):

Canada Dry is a soda with mild ginger flavor, though it's stronger and less sweet than Schweppes. You don't generally need to watch out for ingredients like honey in ginger ale, but it might be a different story with ginger beer. Making your own is easy as can be. Try adding lemon, lime, apple cider and spices like cardamom and cinnamon for delicious spins.