If you're waiting to try cashew cheese, we'll tell you everything you need to know about the taste and texture. We're also sharing some storage tips and recipes to get you started on making the best cashew cheese ever at home. 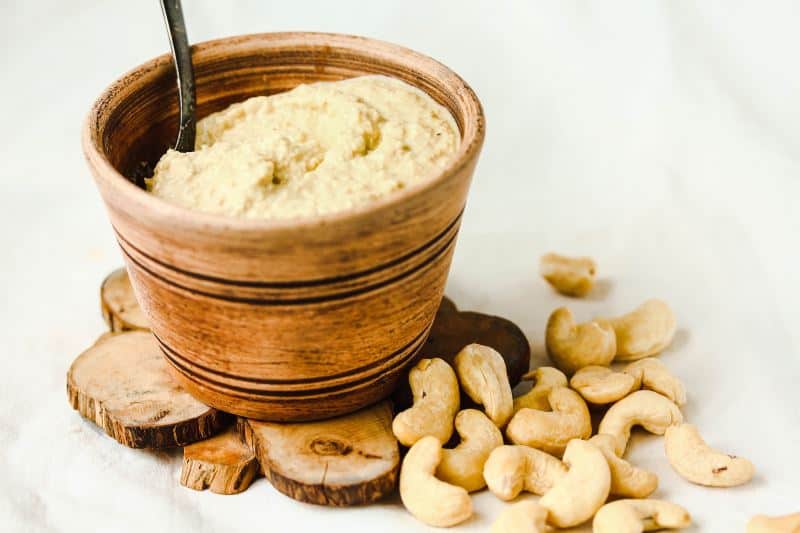 Let's get started, shall we?

Cashew cheeses can have many different flavors depending on what ingredients they're made with. But how they're prepared also plays a role.

Cultured cashew cheeses tend to develop a tang that's familiar to those who know what goat cheese tastes like, but lemon juice can create a similar effect.

Many of these cheeses are nutty, mellow and smooth-tasting. Some are deliberately created to taste sharp with zesty seasonings or sweet with dried fruit, but frequently, they're pretty gentle in flavor.

The reason cashews are so often used to make cheese is that they're so dense and creamy. They don't really require a ton of extra thickeners, and they're super creamy when blended.

Some cashew cheeses resemble goat cheese in texture, soft and crumbly, while others are a bit firmer. You just may not run into a really hard cashew cheese like a block of cheddar, but some can come really close.

This comes down to both opinion and recipe. Some people don't think any type of vegan cheese tastes like dairy cheese, but others swear that the right recipe is spot-on.

Most likely, the cultured cashew cheeses will taste the most like dairy cheese as they can develop a funky tang. But there are also soft cashew cheeses studded with herbs, nuts and dried fruits that are similar to soft, mild-flavored dairy cheeses.

There's an art to making delicious vegan cheese, which we'll show you below. But in general, the answer to the question is: Yes, vegan cheese is tasty by itself, on a sandwich or on your vegan pizza.

Can I Freeze Cashew Cheese?

One of the great things about cashew cheese is that you can totally freeze it. If you bought a whole bunch of specialty vegan cheeses at once, this is a good way to preserve them.

You can do this with savory and sweet cheeses. Whether it's soft or cheddar-like, store it in an airtight container and place it in the freezer to enjoy at a later date.

How to Make Cashew Cheese

These videos are going to show you how to make cashew cheese from scratch. Don't be intimidated—they're beginner-friendly!

This is a good base for your cultured cashew cheese recipes. When finished, it can be eaten as-is, but feel free to add fresh herbs, garlic and any tasty ingredients you like.

Here's what you need to make it:

Here's another great cashew cheese base. It's firmer than the first one, so try it if you're looking for something to replace sliced cheese.

Cashews make some of the nicest vegan cheeses to buy or make at home. They can be savory, sweet, spreadable or slightly firm, but all cashew cheeses tend to be delicious. There's no difficult prep work or fancy equipment involved in making them, so give it a whirl and add your favorite herbs and spices.