Trying to figure out where they keep the rock salt in the grocery store? We’ll show you which aisles to check… 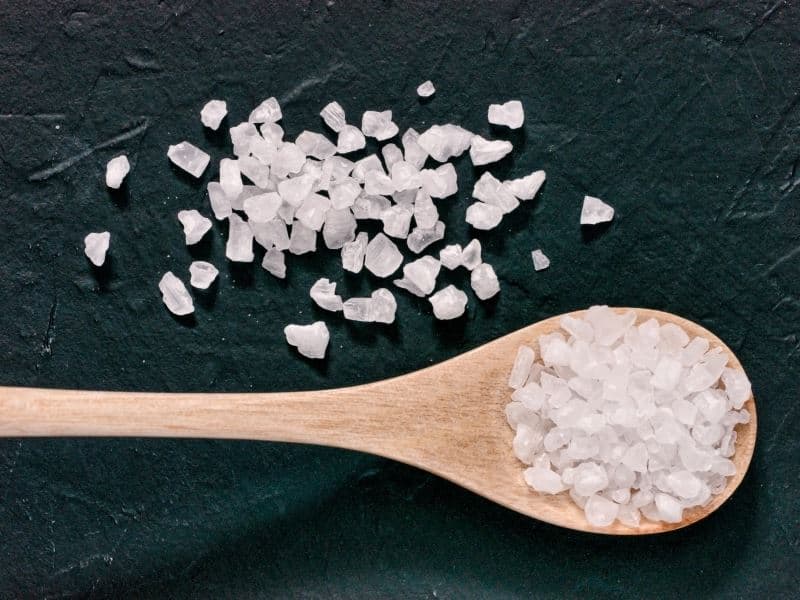 Which Grocery Store Aisle Is Rock Salt In?

First, you need to know about the different types of rock salt. There’s an edible kind, and then there’s the kind that definitely should not be eaten.

One type of inedible rock salt is combined with chemicals to melt ice and snow. It’s sold at home improvement stores and some supermarkets. However, it shouldn’t be near the food products.

There’s also a type of rock salt for a cream maker. It’s meant for use in the machine (to make the ice cream colder faster), not in the ice cream itself. You don’t want to eat this kind of salt, either.

The only rock salt you can eat is the kind clearly labeled for human consumption. It may or may not be called “rock salt,” but it’ll be the coarse kind, like large-granule sea salt or Himalayan pink salt.

These salt varieties are easy to find in the grocery store’s spice aisle. They’ll usually be on a shelf with specialty seasonings.

They might also be in the bulk section. If you haven’t spotted them yet, use our store guide below to determine which stores sell edible rock salt…

Read Next: Where to Find Pomegranate Seeds in the Grocery Store 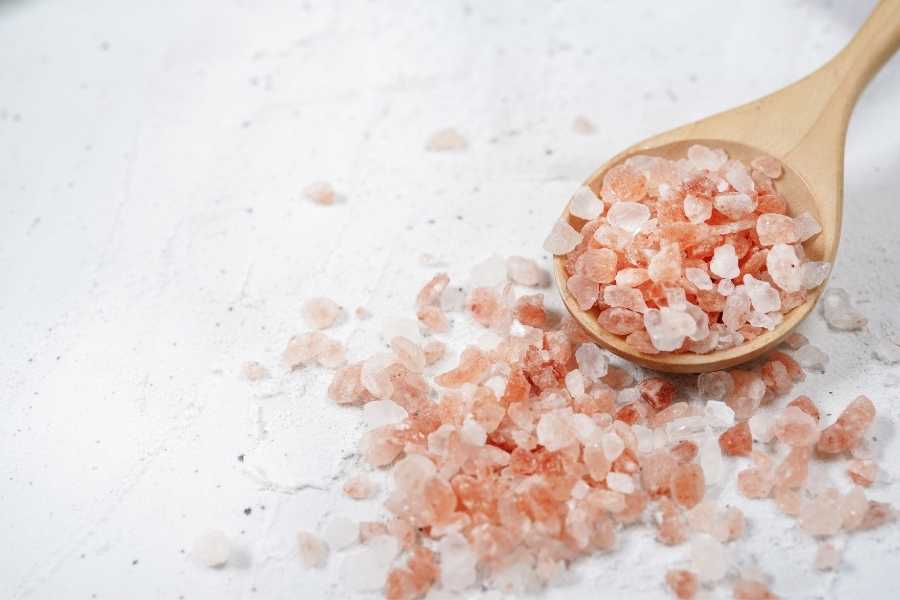 Here’s a Related Article For You: Where to Find Potato Starch in the Grocery Store

Great Ways to Use Rock Salt

Make Your Own Seasoning Salts

You don’t have to hunt around in the store for the perfect seasoning salt when you can make it at home. This opens the door to a whole lot of new flavors! The recipe in this video is a great everyday seasoning salt for anything from tofu scramble to the soup.

Use It as a Salt Rim for Drinks

Read Next: Where to Find Truffle Oil in the Grocery Store

Whether you’re making mocktails or cocktails, coarse salt is the best option if you need a salt rim. You can even use seasoned salts to make your beverages extra fancy.

Related Article: Where to Find Puff Pastry in the Grocery Store

Sprinkling coarse sea salt on top of desserts is a long-time tradition in the culinary world. These vegan salted chocolate chip cookies will go fast, so make extra. Try salting vegan caramels, vegan ice cream, and any dessert you like.

Also Check Out: Where to Find Pumpkin Puree in the Grocery Store