In this article, we're discussing the taste, texture and uses of coconut flour. Can you bake with it? Can you replace all-purpose flour with it? Keep reading to find out. 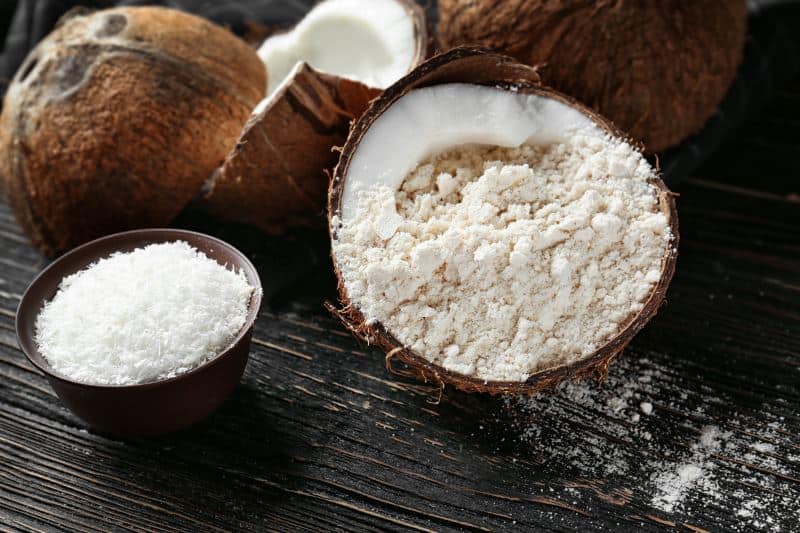 Some flours have flavors that give them away in baked goods. Breads made with whole wheat flour taste grainier than breads made with white flour, and rye flour has a nuttier, earthier flavor than whole wheat. Coconut flour is totally different as it has a hint of coconut flavor.

While coconut flour does taste like coconut, it's rather mild, so it won't make your vegan muffins taste coconut-flavored. For reference, almond flour has a more intense flavor than coconut flour.

Coconut flour is a somewhat heavy flour, yet it's also fluffy. This is perhaps owing to the crumbly nature of coconut flour. It's not quite as refined as all-purpose flour.

Because coconut flour is crumbly, it may not be the flour you want to use as a thickener in sauces. However, if you don't mind the graininess, you can definitely use it this way.

Can You Use Coconut Flour Instead of All Purpose Flour?

But that doesn't mean you can't use coconut flour instead of all-purpose flour in your baking. The amount of coconut flour you need will probably be different, and you'll likely need to add more moisture to keep what you're making from turning out dry.

Coconut flour is dense like wheat flour, but it's not better—just different. If you're making a health-conscious dessert, you may want to opt for coconut flour simply because it'll taste lighter and sweeter.

Technically, coconut flour has a sell-by date and can go "bad." But so can other flours. Usually, what this means is that coconut flour will start tasting stale.

To keep coconut flour fresh for the longest amount of time, it's recommended that you store it in a tightly sealed container and put it in the fridge.

What Is Coconut Flour Used For?

This video demonstrates the making of vegan banana bread using coconut flour instead of white flour. Here's what you'll need to make this yummy bread:

Coconut flour is a mild but distinctive flour that tastes vaguely coconuty. However, your baked goods shouldn't taste too much like coconut—you'll need shredded coconut for that. Make sure to find specific recipes when you bake with coconut flour as you'll need different wet to dry ingredient ratios than with all-purpose flour. Then try some fudgy vegan brownies, fluffy pancakes or super moist banana bread with coconut flour.