Never had cilantro before? Stick with us. We're going to tell you everything you need to know about the taste and texture. We'll also be answering common questions and sharing tips on how to use cilantro in your cooking to make your meals vibrant. 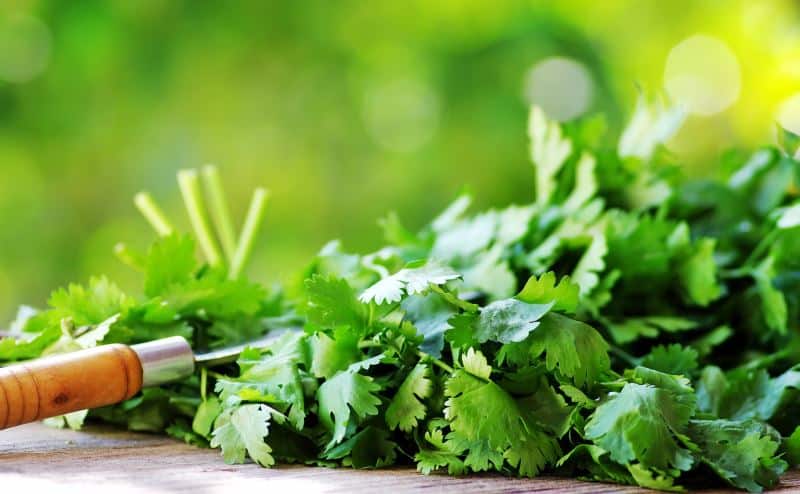 Cilantro carries a potent flavor that you know right away when you eat it. It's a bright, herbal flavor, but it's very unique. It has elements of citrus, parsley and green onion with something undefinable thrown in the mix.

There's a dash of coriander in the flavor, but not much. Coriander is the seed of the same plant called cilantro, but it generally tastes a lot more floral and citrus. Still, you can probably tell that they come from the same source.

Cilantro looks a lot like flat leaf parsley and is about the same shade of green. It has the same texture, too, with its fine, tender leaves.

You could also find dried cilantro in a spice rack, which is a little bulkier than dried basil. You may actually like the milder dried stuff better than the fresh herb if it strikes you as very strong.

Unfortunately, you'll just have to try it and see what happens. But it's a small percentage of the population that has the Dawn dish liquid experience.

What Do You Put Cilantro In?

In cuisines around the world, you'll find cilantro. It's in a wide variety of Chinese, Indian and Mexican dishes, but you'll find that it's much more widespread than that.

Knowing which cultures feature cilantro heavily in the flavors of their cuisines will help you understand which meals to pair it with. You can definitely start with vegan tacos, salsas, Indian curries, Thai curries and even your home fries and tofu scramble.

If you like cilantro, you might actually find that you love it. There's little middle ground with this herb. Right now, we're going to take a look at some of the common uses of cilantro in vegan cooking.

The vegan cilantro pesto in this fabulous pasta dish is just as delicious as the basil kind. Try it on fresh, crusty bread or tossed with pasta like you'll see in this video.

Use this cilantro lime rice in burritos or on the side of your curry (not chicken, steak or shrimp as mentioned in the video, unless they're vegan mock chicken, steak and shrimp).

Cilantro is a robust flavor, very herbal, slightly citrusy and subtly similar to green onions and parsley. Some people feel that cilantro tastes soapy, which may have something to do with genetics. If you're not in this group, you may find yourself sprinkling cilantro on just about any meal. It's a cheerful herb that'll bring life to salads, salad dressings, soups and more. Try a beautiful vegan cilantro pesto over pasta for dinner. Gorgeous and delicious.