Trying almond milk for the first time? We'll tell you all about the taste and texture, how it compares with cashew milk, what it's like in coffee. Then we'll share some videos with recipes to help you make your very own signature almond milk. 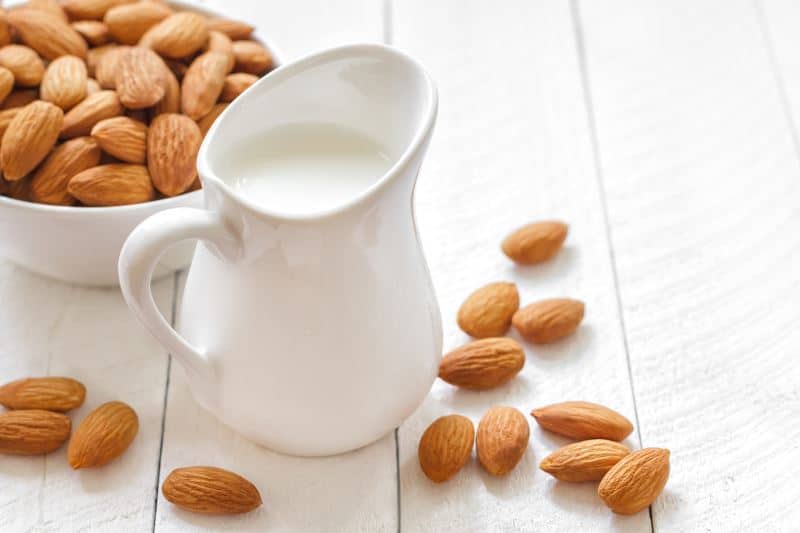 Almond milk is one of the sweeter vegan milks with a relatively neutral flavor. It does have a mild nutty taste, but it's not terribly noticeable.

If you go to the vegan milk section of your local grocery store, you'll see unsweetened, plain and flavored almond milks of all sorts. Brands like Silk, Blue Diamond and Califia Farms offer vanilla, chocolate and coconut flavors that become staples in many vegan kitchens.

Almond milk has a very pleasant texture. It's silky and smooth, and though it's not very thick, it's not at all thin and watery. It's actually pretty close to the consistency of whole dairy milk.

Homemade almond milks can often be thicker than the store-bought kinds, especially if they're made with more almonds and less water. They're luscious and can often be more like vegan half-and-half.

Related Article: What Does a Veggie Burger Taste Like?

Everyone has a favorite, but first, let's talk about the differences between fresh and store-bought almond milk. Aside from the possible differences in texture, you can usually tell when you're drinking fresh almond milk as it will taste cleaner and sweeter (not accounting for added sugars).

For this reason, people tend to love the flavor of freshly made almond milk best, but the almond milk on the store shelf is certainly convenient (and delicious).

There are also many brands to try. It's not unusual to strongly prefer one brand over another, but this is pretty personal. Try a couple of flavors from two or three brands and see what you think.

Plain or vanilla almond milk is commonly used in coffee, chai and lattes as an alternative to soy milk, which isn't as naturally sweet. You can usually ask for almond milk at any coffee shop.

You should also check out almond milk creamer if you like to lighten up your coffee. It's denser and richer, and it will make your coffee much creamier.

Which Is Better, Cashew or Almond Milk?

In a way, it's not really fair to make cashew milk and almond milk compete for the winning title because they're both good for their own particular uses.

Cashew milk can be used in coffee just like almond milk, but it's generally considered the better option for cooking because it's heavier. But almond milk is perhaps better for baking since it's lighter.

Cashew milk also has a different flavor. It's not as sweet at almond milk, but it's still tasty. Some companies make almond and cashew milk blends to get a balance of taste and texture. Don't be surprised if you end up buying both and using each in different ways.

How Is Almond Milk Made?

If you haven't made almond milk before, there's really nothing to it. It does take a little time as you need to soak the almonds, but the nice thing about it is that you can do this overnight and then blend your vegan milk in the morning. You'll see it all happen in these videos.

All you need for this recipe are almonds, water, a blender and a nut milk bag or fine sieve. Optional: Add dates, agave or maple syrup to taste.

Here's a recipe for chocolate almond milk. It's sweetened with xylitol, but you can use any kind of sugar or sugar substitute you have handy.

Almond milk is a naturally sweet, mildly nutty plant milk that makes a great alternative to soy milk. Bake with it, cook with it, or use it in coffee or tea. Soak some almonds overnight and then blend them up with water for fast, easy, homemade almond milk. We think you're going to want to put your vegan test kitchen hat on and start trying different spices, extracts and even fruits. Doesn't blueberry almond milk sound good?