Veggie burgers have undergone a rapid revolution over the last decade or so. If you're wondering what they're like these days, we're covering taste, texture, types and recipe tips for the ultimate veggie burger. 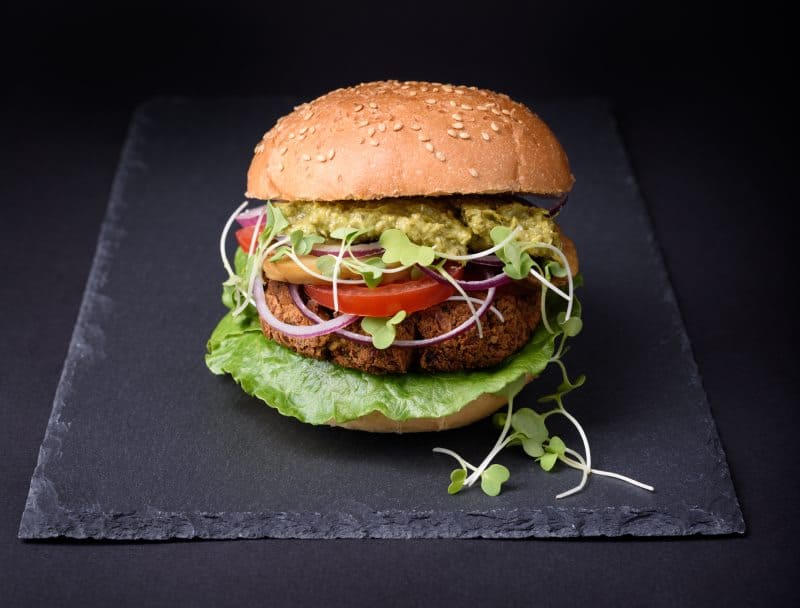 Once, most veggie burgers tasted the same, as in grainy, bland or like mashed vegetables. Now, there are so many different kinds of veggie burgers that it's tough to narrow down one general flavor profile.

Black bean burgers are some of the most common ones, and they're often blended with spices, corn and root veggies. They do taste beany, earthy and sometimes a little spicy.

Veggie burgers made to mimic beef burgers, which are usually made from soy or wheat gluten, often have a savory, umami flavor and may even be smoky and a touch salty.

Other veggie burgers can be somewhat sweet and vegetal, including beet burgers and the kinds of veggie burgers that incorporate various vegetables mixed with breadcrumbs.

As you can see, every veggie burger has its own characteristics. Most people have a favorite, but each type may be equally delectable and topped with certain condiments that match its specific flavors.

Just like the taste, texture is highly dependent on the ingredients. Veggie burgers that are made to imitate beef are usually the chewiest. They're dense, sometimes with a crumbly texture and other times with a juicy sponginess.

Any veggie burger made with beans, rice or veggies is going to be softer and mushier, though sometimes there can be a crunch, as in when grated carrots and beetroot are part of the equation.

Most veggie burgers don't taste like meat, which is a good thing for people who aren't looking for a beef burger substitute. But for those who are, there are more and more brands offering plant-based options that really do taste like the real thing.

There's the Impossible Burger, which is mostly made from wheat protein and tastes, looks and feels like meat. It even has a pink center when cooked. And it's totally vegan.

Beyond Meat's Beyond Burger is another beefy-tasting veggie burger people are talking about, but even the Boca Original Vegan Burger and Morningstar Farms Meat Lovers Vegan Burgers come fairly close to the "real" deal.

Not every brand and type of veggie burger floats every person's boat, but the broad answer to this question is: yes, veggie burgers taste good. You just need to find the right one for you.

Homemade veggie burgers can be some of the best, hands down. They also allow you to adjust the seasonings and ingredients to your taste (and they're pretty impressive, too).

What Is the Best Tasting Veggie Burger?

We don't want to give you the impression that we know what the best tasting veggie burgers are, but we can tell you about some popular ready-made ones on the market.

Here they are, in no particular order:

If you're ready to whip up your first batch of tempting, homemade veggie burgers, watch these videos to see how it's done a couple of different ways.

This is a recipe for beetroot veggie burgers that you're going to want to make again and again. Here are the ingredients you'll need to round up:

Here's a recipe for a classic black bean burger. It'll make a quick lunch or dinner, and you can freeze the rest for an even faster meal later on down the road.

There's no single kind of veggie burger that's better than the rest, but you may find that you have a preference. Try a few different styles and brands, but we highly suggest making your own, too. Black bean burgers can be a good place to begin your veggie burger journey, but play around with the spices and herbs to see what new flavors you can come up with.