Looking to learn about the types of vegan soups at the grocery store? You're in the right place. We've got guides and recommendations on almost any kind of vegan soup you can think of - and you can find them all here! 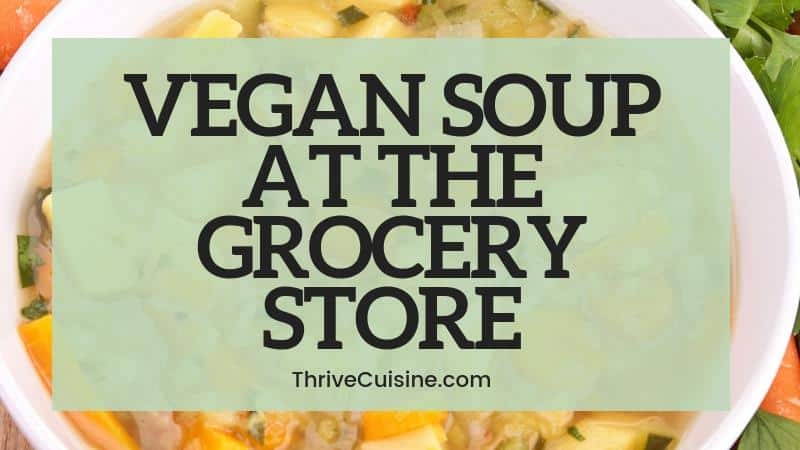 So get your grocery list ready - Let's get to the soups! 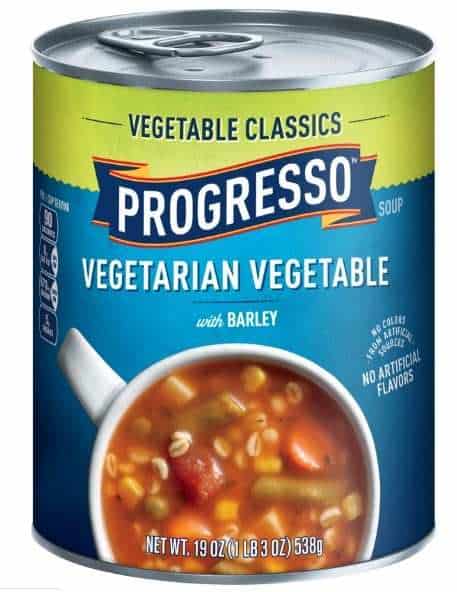 First, let's start by saying that there's a plentiful amount of vegan canned soups at the grocery store.

One of our favorite brands that are carried pretty much everywhere is Amy's.

However, we've compiled an entire list of 17 canned vegan soups here that you'll be able to find pretty much anywhere, both in stores and online. 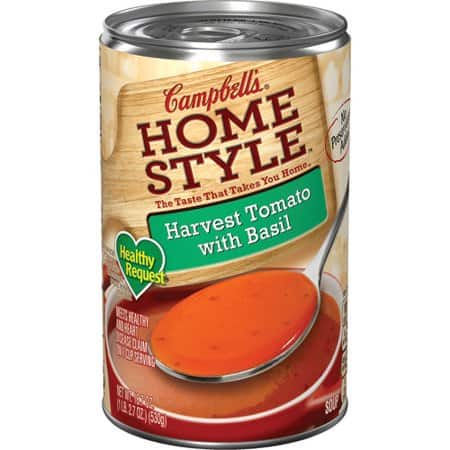 While Campbells isn't technically a vegan brand, they do tend to have some vegan options and they seem to be adding more as time goes on.

If you love Campbell's soup, we've done several articles on them which you're going to find helpful... 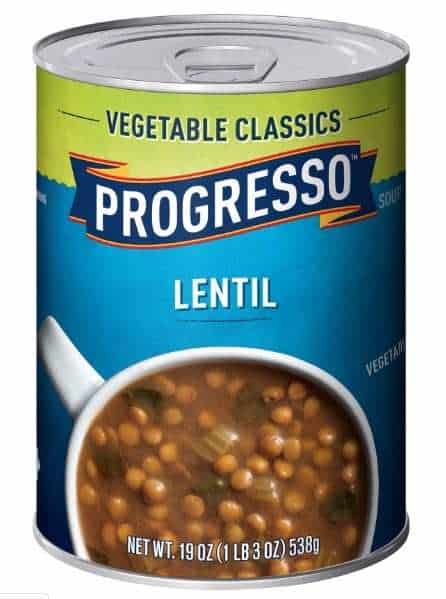 Just like Campbells, Progresso also carries a variety of vegan soups - although most of their products have meat, eggs (in the pasta) or dairy in them.

Progresso Lentil Soup is a delicious exception that just happens to be vegan.

We've gone ahead and picked out the vegan golden gems for you in this guide on vegan Progresso soups. 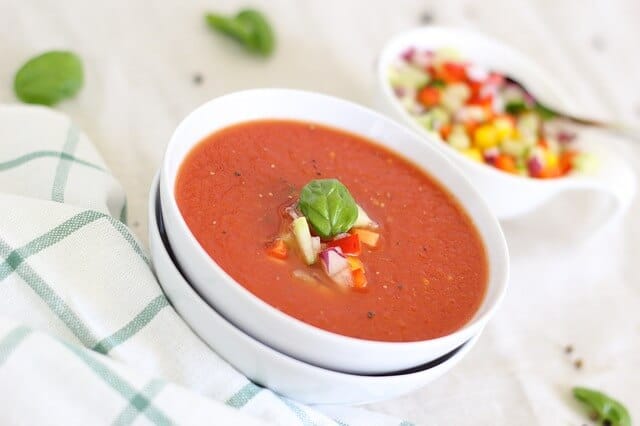 Many tomato soups are vegan, but you need to be careful. When you're looking at products like tomato bisque or things with other flavors, many of them tend to have added dairy or animal products like chicken stocks. 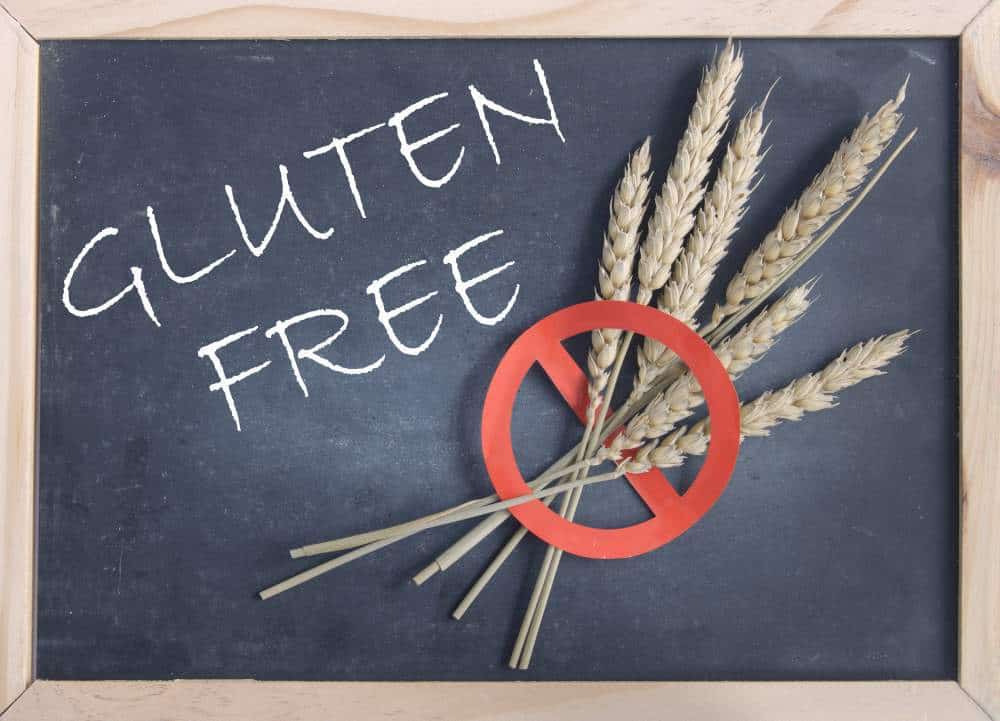 Not every vegan soup is gluten-free, but there are options out there. 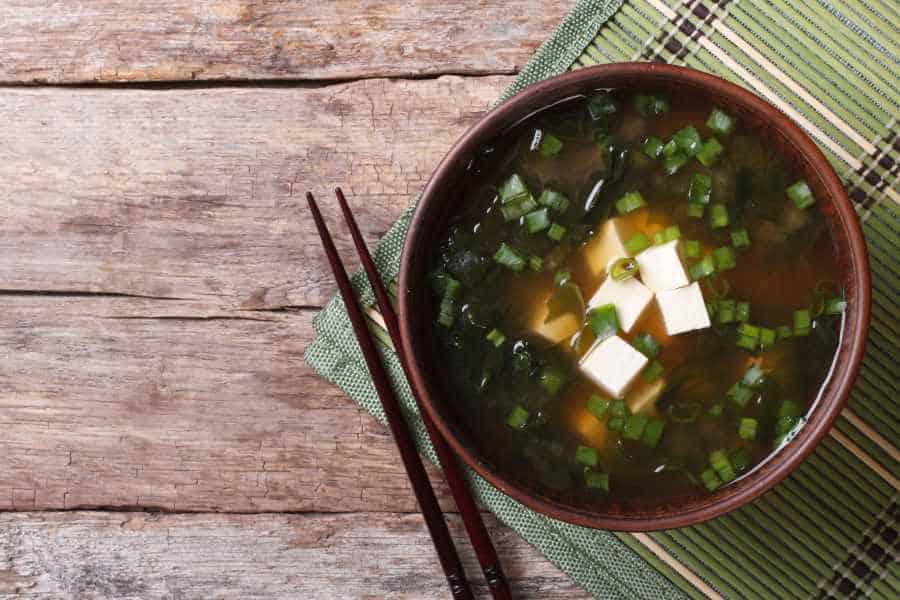 Miso soup's vegan status is somewhat dubious, but there are plenty of options if you don't want to risk getting fish stock.

Your grocery store may sell pre-formed vegan miso cubes or packets that you can mix into hot water and make a soup. They even have tofu inside the cubes sometimes!

We've made a list of vegan miso soup packets here.

You can also buy miso paste separately and make your own with this easy recipe.

French Onion Soup is usually not vegan, however that doesn't mean that it's impossible to do!

You have the option of buying all of the raw ingredients and making it at home, but you don't even have to do that.

We've made a list of vegan french onion soup mix options where you can find powders and mixes that are easy and quick to use. 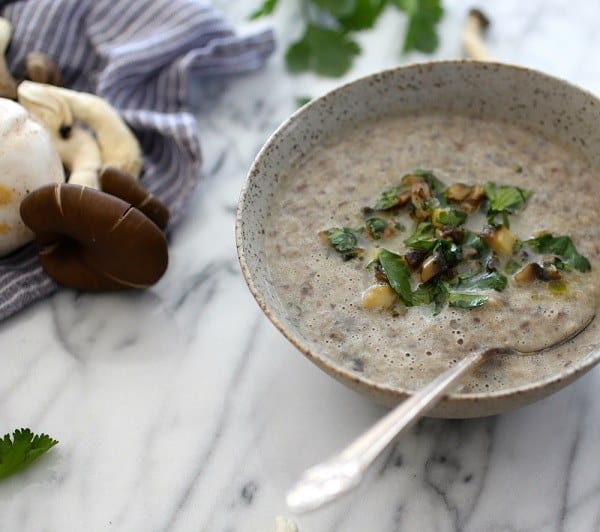 Cream of mushroom soups aren't usually known as vegan-friendly, but as with everything else, there are plenty of exceptions.

The problem is you probably won't be able to find too many of them in the grocery store.

However, you can find a list of vegan cream of mushroom soup brands here.