Looking for some vegan miso soup packets you can enjoy on the go?

You're in the right place!

We've selected 5 of the top brands of vegan miso soup you can enjoy in an instant! 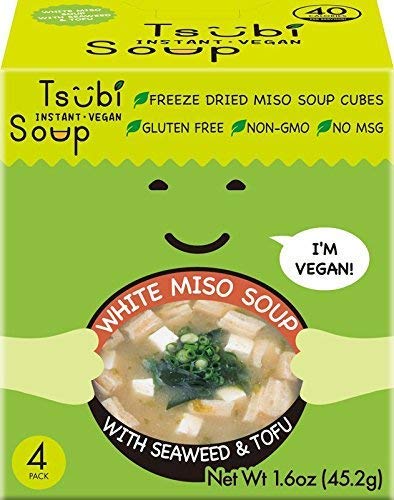 Tsubi Soup's white miso is a packet that you add to any mug or small bowl. From there, all you need to do is add 6 oz of water to the freeze dried cube of miso and it will turn into an authentic soup right before your eyes. With two kinds of sea plants (kelp and aosa) along with powerful umami-packed ingredients such as shitaki, Tsubi has gone above and beyond to create an extremely flavor-rich soup. 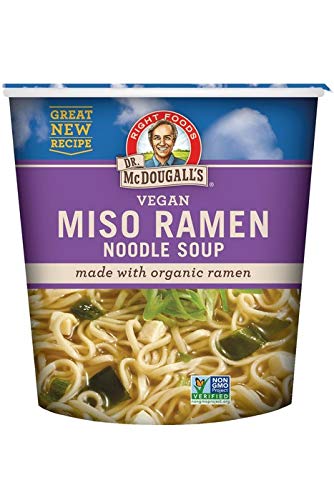 Best known for The Starch Solution, Dr. McDougall also has a line of vegan soups (including miso, which are widely available online and in grocery stores. You would prepare this soup much like you would a cup of noodles. It comes with a flavor packet that you pour into a cup along with boiling water. After five minutes you’ve got a delicious cup of ramen miso! 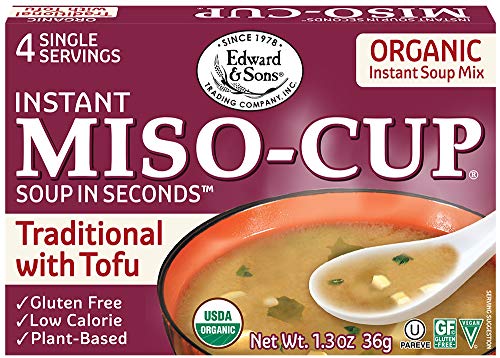 Edward and Son’s makes a traditional miso soup packet that’s super easy to make. It doesn’t come with any noodles, but all you have to do is add the packet to a cup along with hot water. It’s easy to take to work and you can always add some ramen noodles or rice on your own if you want a more filling meal. 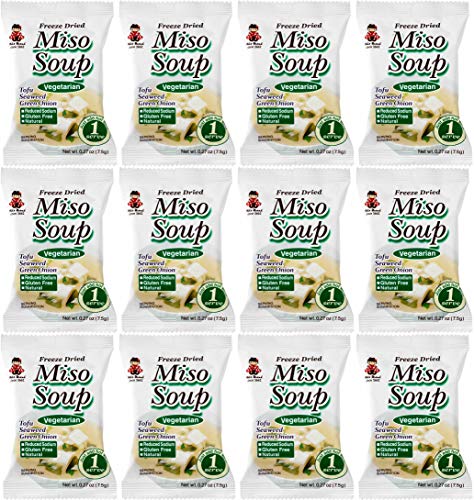 Miyasaka Instant Miso soup is another version of a freeze-dried miso cube that has the tofu, seaweed, and green onion built right into it.

Having brought this miso soup to lunch for a while, my only criticism is that there should be a bit more tofu. If you're looking for something simple, light, and traditional then Miyasaka's is a great pick. 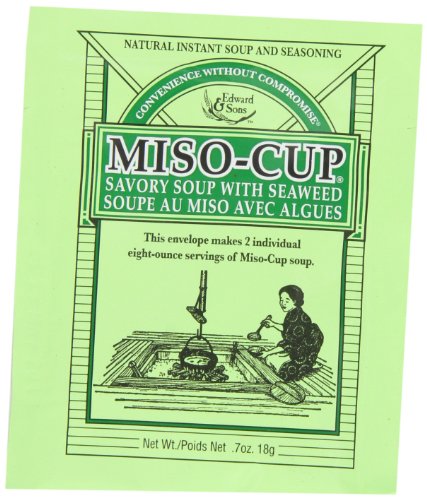 The Miso Cup by Edward and Son's has one of the most simple ingredient statement’s on this list. With only miso, seaweed, and green onions, it’s definitely got the most simplistic flavor profiles on the list. This does not necessarily mean that it’s bad, heck our own recipe only had 5 ingredients. However, if you want something with a deeper level of savoriness, you may want to go with #3 on the list (which is their traditional recipe).

Now that you've got the miso soup down, how about the Caliornia rolls?