Are you looking for a list of vegan cereal options? Or perhaps you’ve got questions about whether your favorite brands contain animal products?

You’ve come to the right place.

But before you get started, I wanted to make you aware of something:

Many people who try to go vegan fail and go back to eating animal products.

That’s why you must do it in a sustainable and health-promoting way.

If you don’t think you are going vegan completely figured out yet, I highly recommend checking out the Complete Vegan Starter kit today. 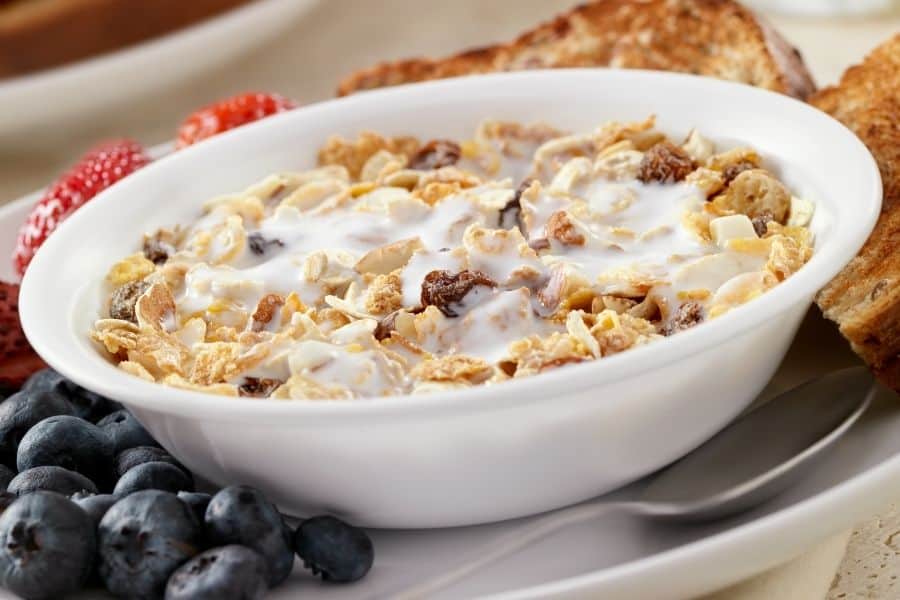 We classified these cereals as vegan if they didn’t contain any common animal products found in breakfast items.

The two most common ingredients that we kept an eye out for were gelatin and honey. If the products didn’t have those or other labeled animal products (meat, dairy, eggs, fish, etc.), they could have made it to the list.

We didn’t consider any trace ingredients (such as vitamin fortifications) because we don’t think vegans should stress about such things.

Many top-level vegan organizations agree with this assessment.

But if you are concerned about extremely small unlabeled animal products, you can choose to avoid Vitamin D3 fortification in these products because it can come from lanolin (although there are plant-based sources like lichen). Read the label on your product and see if it has any vitamin fortifications. If you want to avoid D3 because of the possibility of it being animal-derived, it’s your choice.

Additionally, we didn’t consider if any added sugar in these products could have been processed with bone char because it would be near impossible to tell.

However, we did include an asterisk (*) next to all organic products on this list. Organic cane sugar is never processed with bone char. 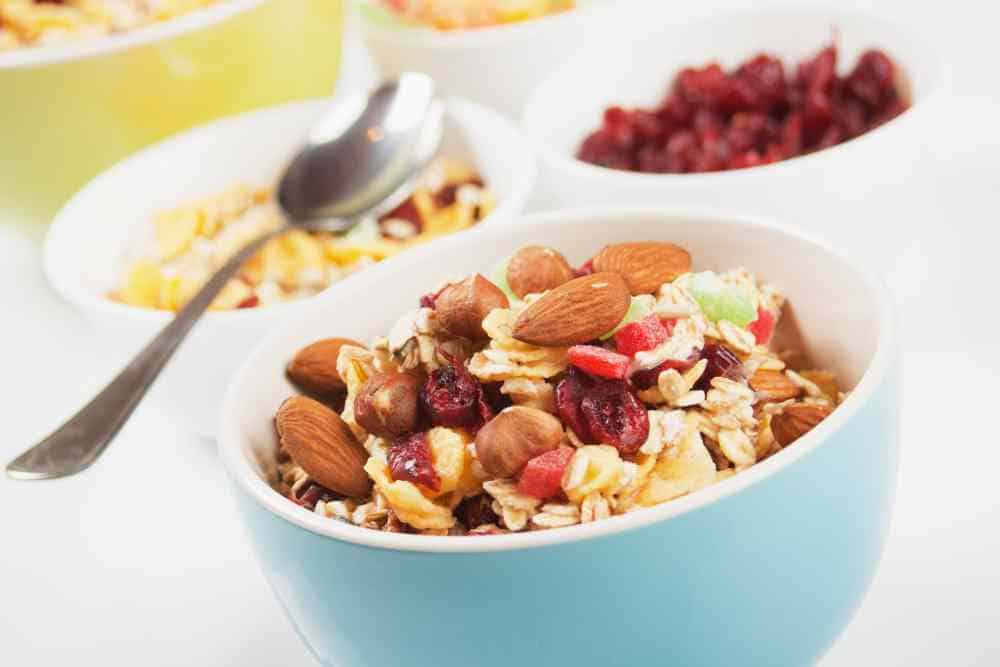 Vegan Cereals made with whole foods and no added sugar are the best options.

If you’re vegan for animal welfare, then stressing about either of these things (vitamin fortification or sugar) is going to be counterproductive.

If you’re vegan for strictly health reasons – you’re probably going to want to choose one of the single-ingredient products anyway.

Please Note: Not everything on this list is particularly health-promoting. Not that this would come as a surprise to many, but we just wanted to do a little disclaimer. We like to endorse a whole-foods plant-based diet for human health.

As a final note: all ingredient statements have the possibility of changing over time. Please double-check the box before purchasing it.​ 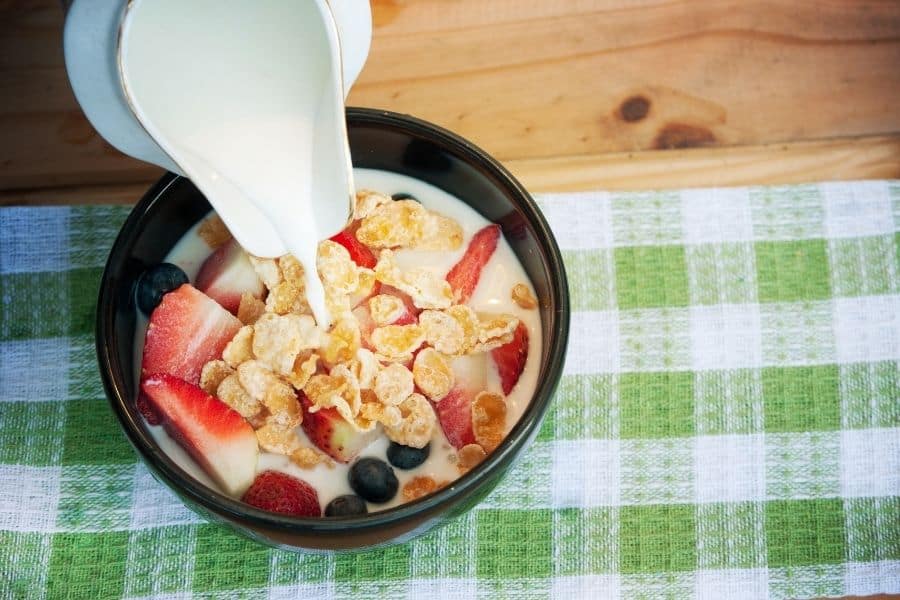 Below we’ve categorized these items by their most common properties so you can find what you’re looking for.

If it has an asterisks (*) next to it, that means its organic – so you don’t have to worry about potential non-vegan trace ingredients, although we encourage people not to worry about it anyway.

The main brand that we could find that makes single-ingredient options is Arrowhead Mills. This brand puffs all sorts of grains, including some ancient ones, resulting in some really delicious, satisfying, and nutrient-dense options. 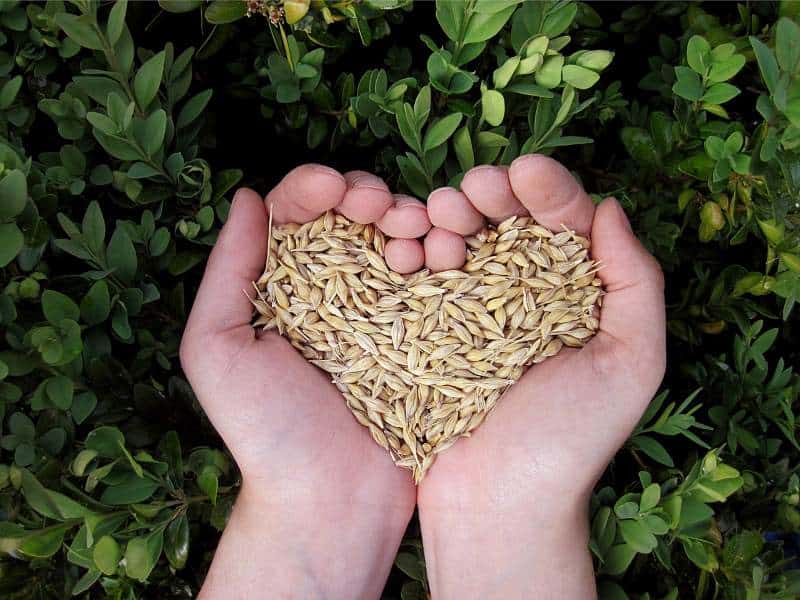 While the single ingredient options also fall into the more healthy category, they can be boring. We made this second list of healthy products to show some less-bland but still nutrient-dense options that you can enjoy right out of the box. 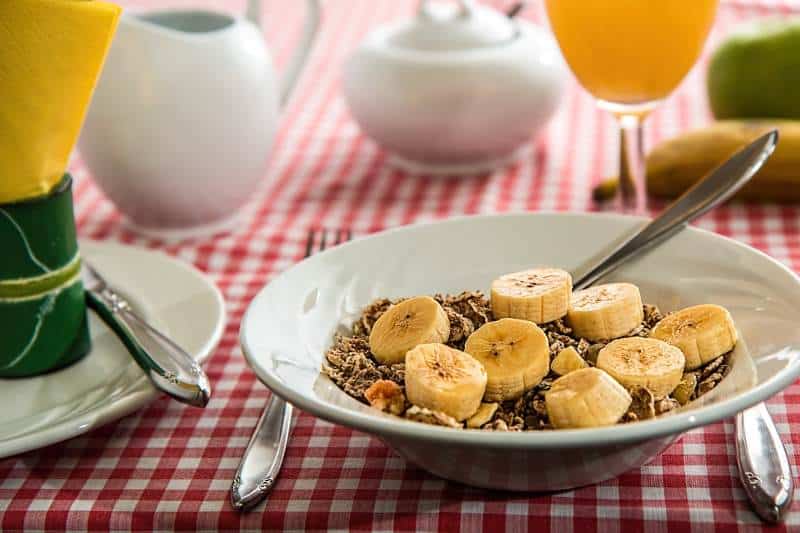 These puffed picks are known for their crispy properties. The perfect example of a crispy cereal is none other than Rice Krispies.​ 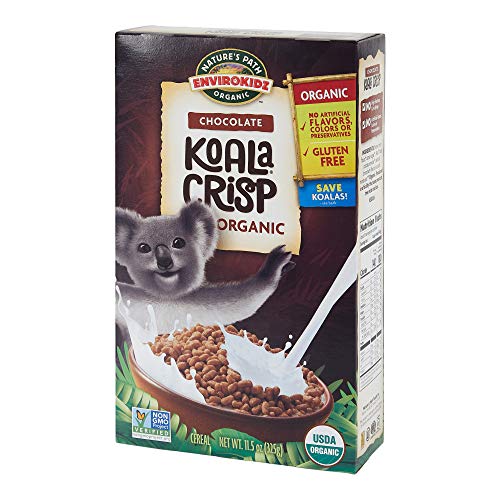 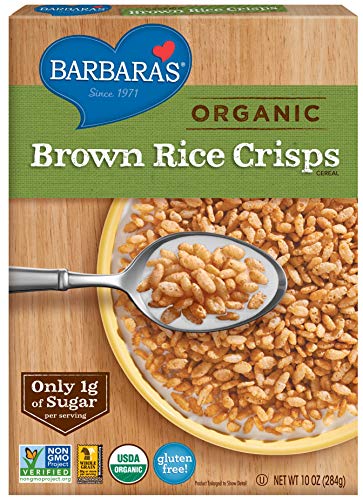 Any form of store-bought generic puffed rice options likely has the same type of ingredients, so those are probably a safe bet as well!

There’s something about O-shaped cereals that everyone loves. It could be because of Cheerio-nostalgia or because they are the perfect shape to get a balance of nut milk and cereal in one bite.

There are plenty of options for vegans, and this list is just the most popular ones we found online. 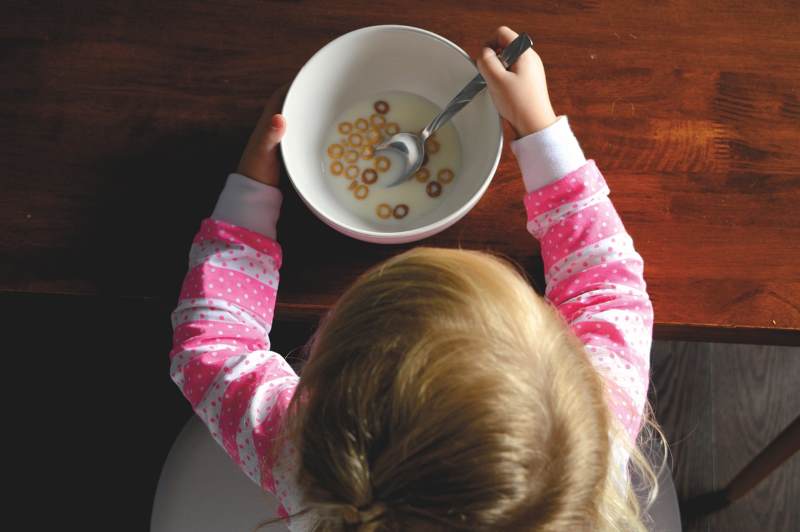 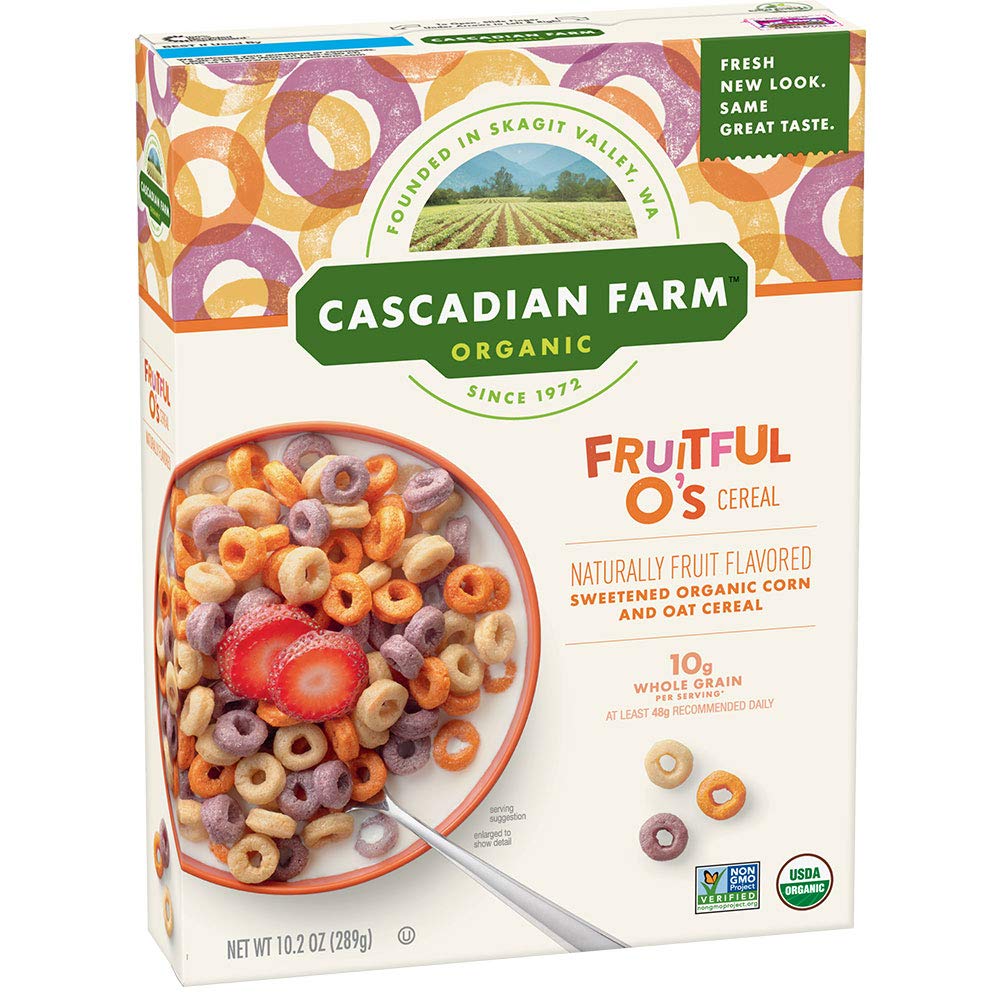 Corn-based cereals have a certain crunch and earthiness that stand out from the typical wheat or rice-based options.​ 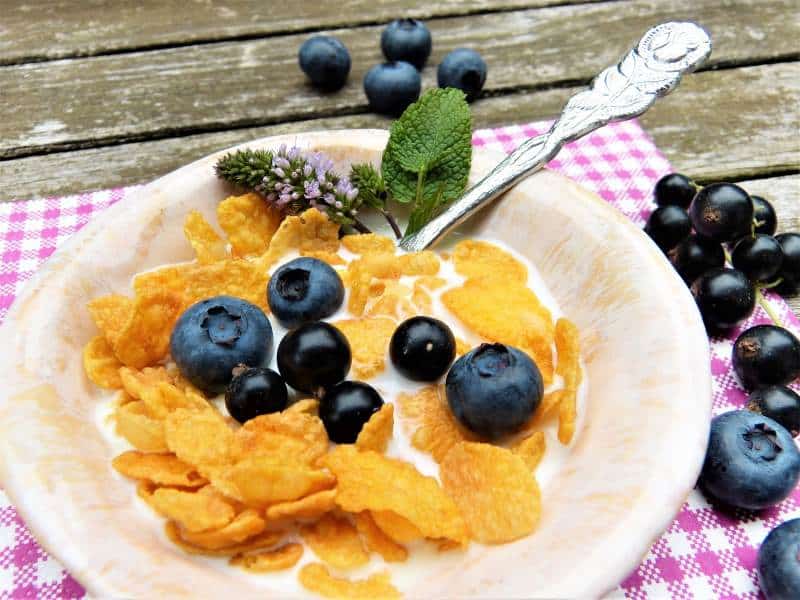 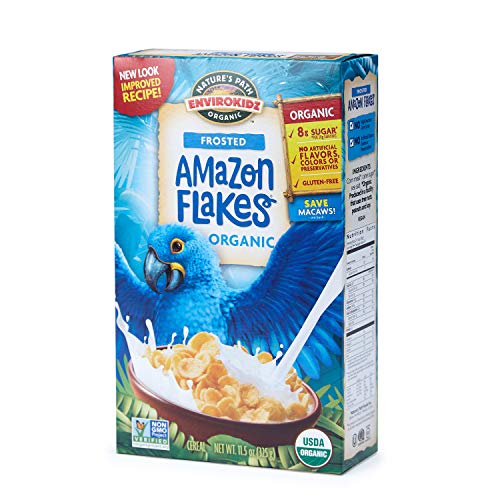 Don’t worry, breakfast junkies, we’ve got your back. We’ve made this list for those super-indulgent options. The ones that you probably have fond childhood memories of. 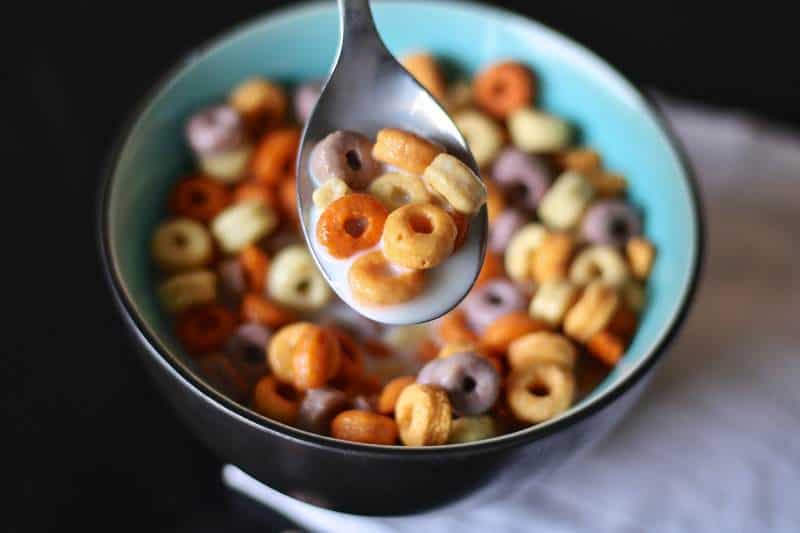 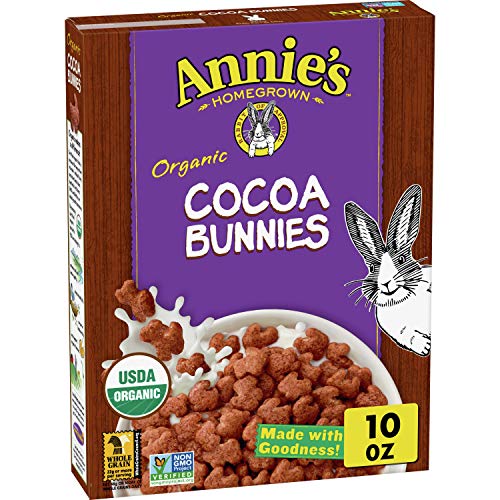 Based on the latest nutrition facts from Post Brands, it seems that Cocoa Krispies are vegan. But although the ingredients don’t list any animal products, this cereal is mainly just sugar and hydrogenated oil.

We don’t recommend you eat too much of it!

Yes! According to Quaker’s website, Life Cereal and Cinnamon Life are vegan. They did contain some artificial colors, though, which we found interesting. 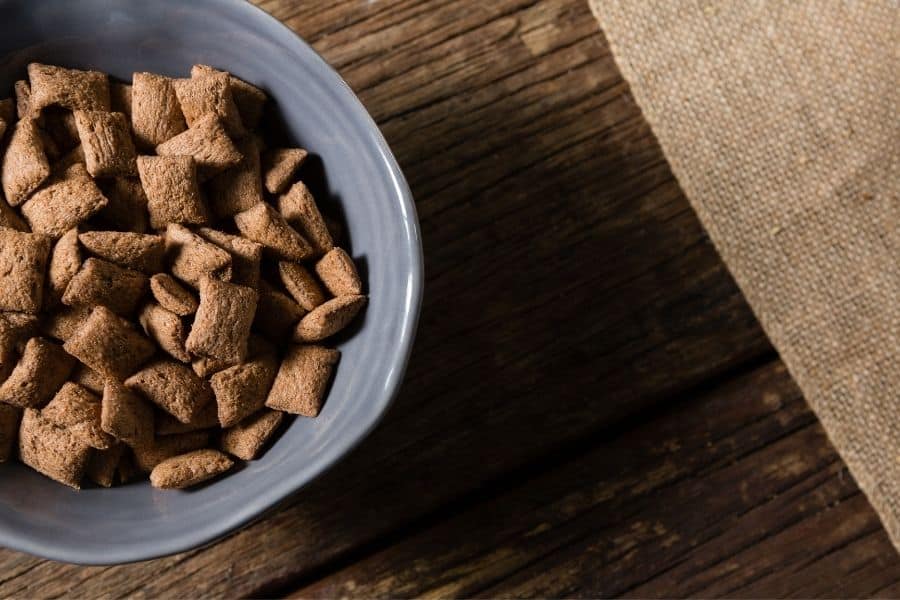 We couldn’t find any labeled animal products in Cinnamon Toast Crunch – so yes, it is vegan. We also found this awesome vegan homemade recipe for this cereal which you may want to check out.

What Are the Most Common Non-Vegan Ingredients in Cereals?

During our research, we identified the most common offending ingredients in cereal as the following:

They’re most likely vegan if the ingredient statement doesn’t contain anything on the list above.

We haven’t seen any cereals with eggs during our research, so it is unlikely that you’ll stumble upon such a thing.