In this article, we’re going to discuss the vegan status of wasabi. You’ll also learn what it actually is and why you’ve probably never eaten the real thing. Let’s get started… 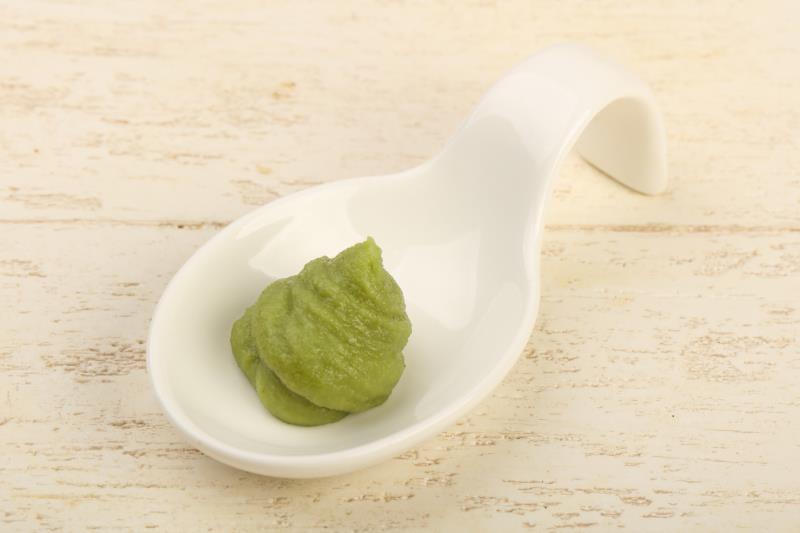 After examining several ingredient labels, I’ve determined that some wasabi brands are vegan while others are not. If you’re eating out at a sushi restaurant, you’re probably safe because they aren’t actually using real wasabi. More than likely it’s simply horseradish paste with food coloring.

Most of the ingredient labels for “wasabi” I found were horseradish made into a paste with artificial colors, preservatives and spices. None of these products had milk or any animal products in them.

There was one brand of wasabi called S&B that I found that actually contained the real stuff from the wasabi plant.

But unfortunately, it also contained milk in the form of lactose!

I do think this is the exception and not the rule and that you’re probably safe eating wasabi from your local sushi joint. After all, they probably aren’t splurging on the real stuff considering it’s higher cost and short shelf life.

Additionally, S&B also had another the fake wasabi product, but with sorbitol (sugar alcohol from plants) instead of lactose. Weird stuff.

Personally, I still enjoy wasabi with my veggie rolls with a high level of confidence.

But, if you have a severe allergy, this may be something you want to double check with the restaurant in the rare case they are using the stuff with milk.

Read Next: Is Horseradish Vegan?

Where to Buy Real Wasabi

I’m not going to lie, real wasabi is hard to come by.

However I did manage to find this brand on Amazon. I’m not even sure what the actual brand name is because it’s in Japanese!

You won’t find the exact ingredient statement on Amazon (as of writing), but I was able to find a seller image on eBay of the same productthat showed it didn’t have any animal products.

To verify, I recommend checking it out for yourself and zooming in on the image here.

There are plenty of spicy and flavorful condiments that vegans could eat without worry! Here are a few of our favorites along with articles we’ve written on their vegan status…