Is sriracha vegan? What about the sugar in sriracha? This article will cover all the details you need to know. 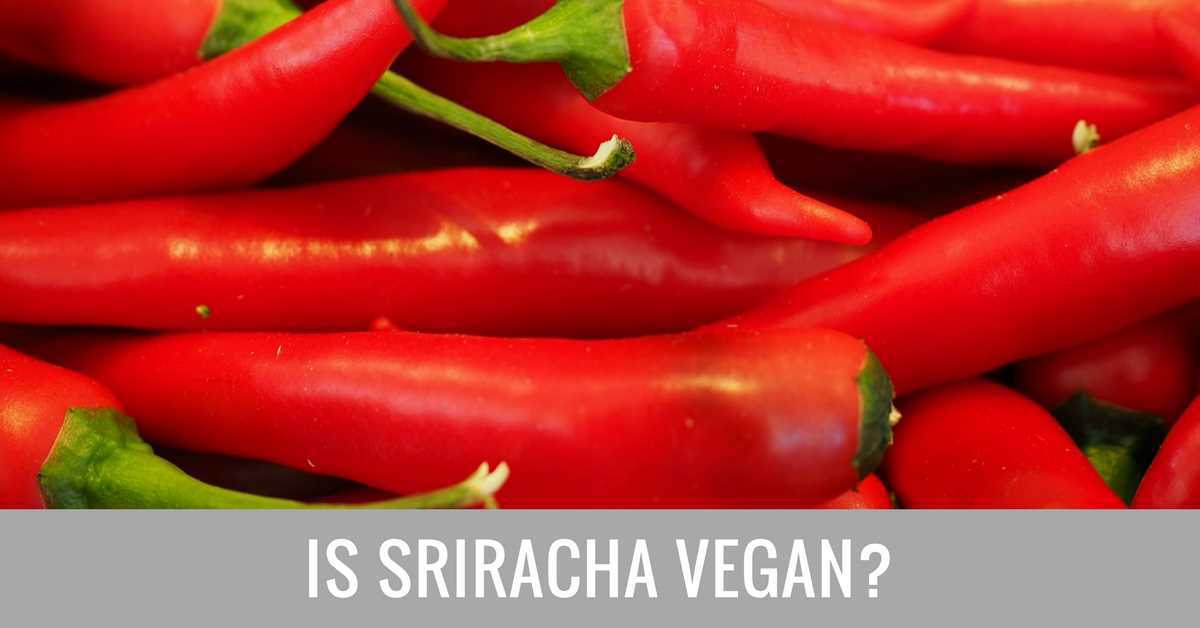 Let's get right into the questions...

Navigate This Article Using The Links Below
Is Sriracha Vegan?
What About the Sugar in Sriracha?
What is Sriracha Exactly?
What Brands of Sriracha Do you Recommend?
What Does the Ingredient Statement Look Like?

Yes! Sriracha sauce is vegan as the ingredients contain no animal products.

Most chili pastes in any sort of Asian cuisine are a combination of chili peppers, sugar, vinegar and spices. So even off-brand Sriracha sauces will be vegan 99% of the time.

So it can join the ranks of most other hot sauces on the market!

What About the Sugar in Sriracha?

​It's true that some sugar in the supply chain isn't 100% vegan due to the processing methods.

However, given the complexity of the food supply, we don't recommend worrying about this for products with added sugar, like Sriracha sauce. If you want to be 100% safe you can go with an Organic Sriracha, but it is your choice.

In our opinion, this sort of thing doesn't contribute to animal cruelty in any way that's fathomable or significant.

Therefore, eating regular Sriracha would fit in with the official definition of veganism which is to reduce harm as much as possible or practicable.

But being vegan shouldn't be burdensome or complex - so  stressing over dubious or trace ingredients can be counterproductive.

What is Sriracha Exactly?

Sriracha sauce, mainly recognized as the stuff with the rooster on it is a spicy and semi-sweet chili-pepper based sauce that originated in Thailand. It got its name because it was first spotted in restaurants in a Taiwanese city named Si Racha.

With its growing popularity, many people in the West are replacing ketchup with Sriracha sauce on common foods and also put it on foods that you would never expect. We personally use it all the time in Asian style pasta dishes or seitan stir fry. It almost tastes like a less sweet and more spicy BBQ ﻿sauc﻿e in our opinion.

Learn more about whether or not ketchup is vegan here.

What Brands of Sriracha Do you Recommend?

Taste wise, all brands of Sriracha are going to be pretty similar, so there's none that you can really go wrong with.

All organic brands will give you the opportunity to avoid preservatives and you'll know for sure that the sugar wasn't processed with any animal products.

Here's what we recommend, though:

If you want to stick with the conventional go with the Classic Huy Fong Sriracha.

The most well known brand of Sriracha by Hoy Fong has the following ingredient statement: