Wondering if Starburst are vegan or if they have gelatin? You’ve come to the right place. We’re here to answer all your questions… 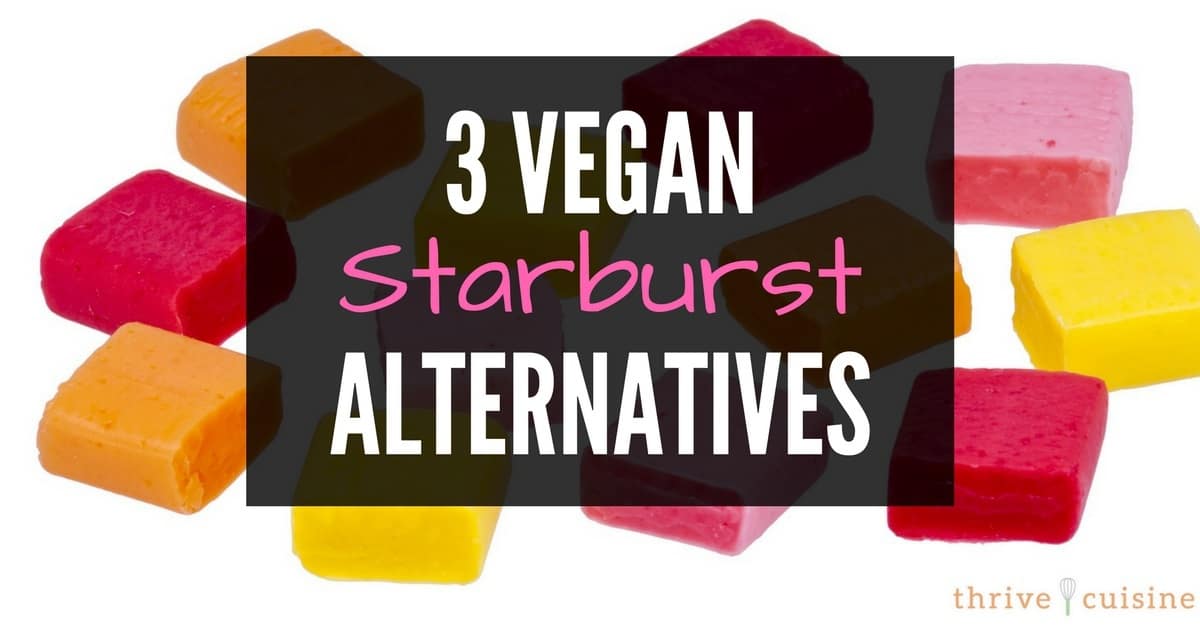 This guide will get into…

ANSWER: Starburst is unfortunately not vegan. After scouring through the ingredient statements of all of the Starburst flavors, we found that all of them contain at least one ingredient that’s derived from animal products – either gelatin or confectioners glaze.

While this may be upsetting for a Starburst lover trying to go vegan, there are plenty of alternatives out there which we’ll cover in the last section.

To learn more, we will break down the ingredients of different varieties of Starburst below:

Gelatin in Most Flavors

For the sake of example, we’ll take the ingredient statement from the original Starburst.

In this example, the culprit ingredient is gelatin. Gelatin is derived from the collagen of a wide variety of animal parts including bones, ligaments, and tendons. Typically, these parts are from cows and pigs.

However, our excitement was quickly followed by disappointment as we saw confectioner’s glaze at the end of the ingredient statement. Confectioner’s glaze, which is usually found in sprinkles may or may not contain insect parts in it.

While consuming confectioner’s glaze is much less likely to contribute to animal suffering than gelatin, most vegans will probably still want to avoid it. There aren’t many resources available on the exact process for creating confectioner’s glaze, but the raw material known as shellac is said to contain up to 25% insect debris.

We suggest reading the link above if you want to learn more about the process. However, we also urge you to not stressing about such an ingredient if it’s going to completely turn you off to veganism. Focus on the first step of giving up all blatantly labeled milk, meat, dairy, eggs, and fish before you overwhelm yourself with hidden ingredients.

While we can’t recommend that you consume things like confectioner’s glaze, we realize that being vegan isn’t about being perfect.

If you’ve really got a hankering for fruity chewy candy, then there are plenty of vegan options available. We’ve taken what we felt were the closest matches to Starburst and listed them below. For more alternatives, you may also want to see our post on vegan taffy.

Because there are so many different brands and products out there, every product for every brand we’ve listed below may not be vegan. However, we’ve done our best due diligence to only link out to those specific varieties that are. Ingredient statements also do change, so as always so be sure to check them out before buying.

Finally, we want to make it clear that none of these options are exactly healthy, and that a whole-food plant based diet is ideal.

Onto the Starburst alternatives… 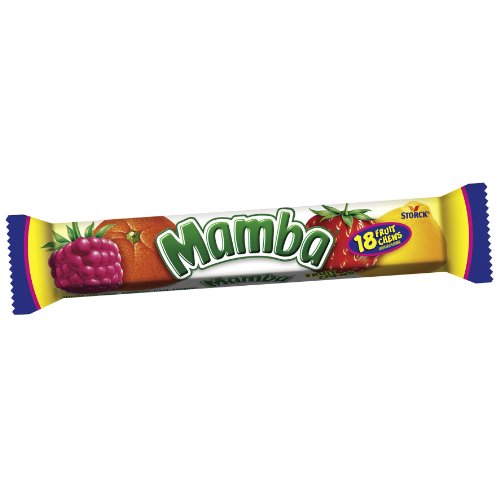 As another type of fruity and chewy candy, Mambas are probably going to be the closet replacement you can find to Starburst. Having personally tried both in the past, I can say that there isn’t a huge difference, although I was never a fan of fruity candy to begin with. These Airheads Mini Taffys are similar to Starburts in the sense that they are both fruity and made to be a similar shape. If you want them to be even smaller and more compact, there’s a little trick you can do:

As demonstrated in the video above, you can grab the sides of the wrapping and shake it. As you shake, you can move your fingers in a bit to get it to be more compact. The more compact you make it, the more it will be like a Starburst! While the some versions of Laffy Taffy were found to contain eggs, we found that many of the Minis, seen above and linked below, were not made with any animal products. Although they aren’t the exact shape of Starburst, they are fruity and chewy so we thought it might be a good replacement to check out.

As you can see, vegans have plenty of options when it comes to chewy and fruity candy. Once you know your alternatives, being vegan is achievable for almost anyone! It all comes down to spending your hard earned money on brands that don’t use any animal products.

Have questions or other suggestions for Starburst alternatives? Please let us know in the comment section below!