Wondering about the vegan status of laffy taffy candy? You're in the right place. Here's everything you need to know... 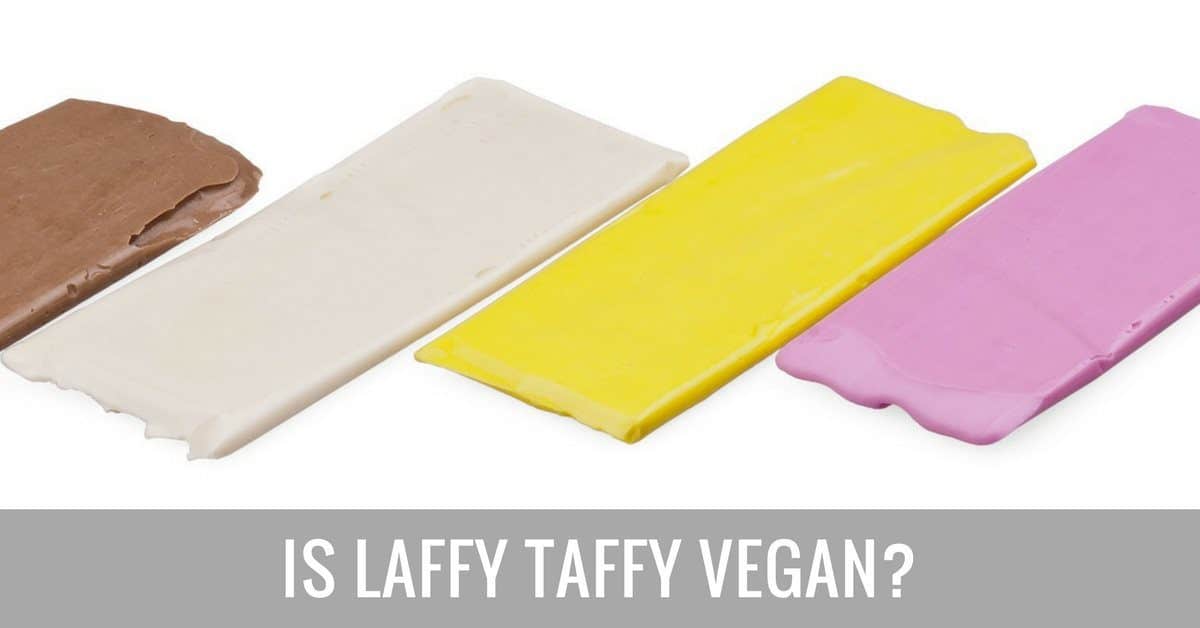 And while you're here - be sure to check out the other vegan candy articles that we've listed all the way at the bottom.

ANSWER:  Like many sugar-based candies, the small version of Laffy Taffy doesn't contain any blatantly labeled animal products which means that it would be considered Vegan. The big version of Laffy Taffy does however have eggs, making it not vegan. There are a few ingredients (including sugar) in the small version which could potentially involve animal products which we discuss below. However, we don't recommend stressing about trace ingredients.

In the list above, we've compiled the most popular vegan taffy candies we could find online. Many of the smaller taffy brands had egg or milk in them, but the big brands above did not. Please note that different larger versions of any of these given candies may not be vegan (besides Mambas which we found to be all vegan).

What About the Sugar in Laffy Taffy?

Here's the most up to date Laffy Taffy ingredients we could find:

Laffy Taffy is primarily Corn Syrup and Sugar. Conventional (meaning non-organic) sugar has the capacity to be filtered with animal ingredients such as bone char. Laffy Taffy is a huge brand who most likely sources sugar from different places. This means that tracking whether or not any animal derived products (filtering materials in this case) were involved in the making of one specific candy would be nearly impossible.

The same applies to any natural colors and flavors in Laffy Taffy. Tracking their origins, especially given the different types of the candy out there would be difficult, but we believe that the same principle applies.

Laffy Taffy and the Definition of Veganism

The definition of veganism according to the Vegan Society is as follows:

Veganism is a way of living which seeks to exclude, as far as is possible and practicable, all forms of exploitation of, and cruelty to, animals for food, clothing or any other purpose.

The keywords in this definition is possible and practicable. While this is not an excuse to go out and eat products blatantly made from animals, veganism isn't something to be overthought, especially for someone that's new to it. Veganism is grounded in maximum harm reduction simply because 100% harm reduction is impossible.

While one doesn't necessarily need to eat Laffy Taffy in order to survive, it is not constructive for a new vegan to over think ingredient statements that aren't blatantly labeled with animals, especially if it makes veganism too complicated for them. A more experienced vegan may opt to give up questionable products as a matter of principle, but the harm reduction to animals isn't going to be anything of impact.

When it comes to sugary candy including Laffy Taffy, we've boiled it down to one rule of thumb. Check the label for any animal ingredients (including gelatin) that are clearly labeled. If they aren't, you can consider it 99.9% vegan. As you become more experienced on plant-based eating, you may want to consider avoiding anything questionable, but that's your choice.

Finally, because candies don't really contain any nutritional value, we recommend sticking as close to whole foods plant based as possible!

If you're a vegan with a sweet tooth, you're going to love these...