Thinking about trying oat milk? We'll tell you everything you need to know about the taste and texture as well as how it compares with other milk types. We're also sharing some time-saving recipe tips, so stick around. 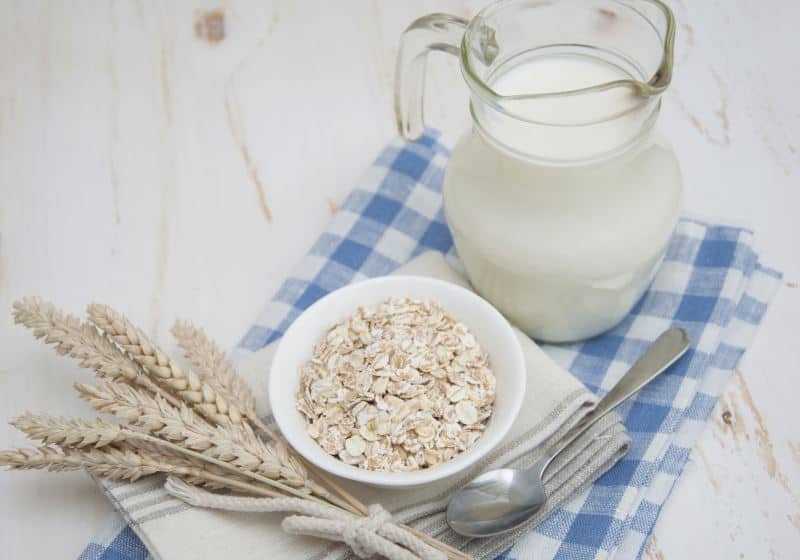 You probably won't be surprised to learn that oat milk tastes vaguely like oats. But it's not like having a bowl of oatmeal. It's soft and pleasant, and there isn't any kind of pasty quality.

Oat milk has a natural sweetness that makes it a delicious alternative to the popular soy and almond milk options. Many oat milks are sweetened and contain added flavors to make vanilla or chocolate milk, which can be especially delicious for shakes.

Most plant milks are somewhere in the middle of the thick to thin texture spectrum. This is where oat milk lives, but it's a noticeably rich and creamy milk.

Some store-bought milks have added thickeners, but if you make it at home, adjusting your water to oat ratio will change the density. If you like it super-duper thick, don't strain it—you don't really need to, anyway.

There are a few vegan milks people swear taste just like dairy milk. Oat milk is pretty unchallenged as a cow milk replacer due to its creaminess and mellow sweetness.

That's not to say that you can't tell the difference. Because there's a mild oat flavor, oat milk can't be said to taste exactly like milk. For many folks, that's a good thing.

The general answer to this question is yes. Oat milk is tasty, even if it's plain and unflavored. It doesn't have any particularly strong flavors that some may find objectionable.

You'll definitely want to use it in your cereal if you're a cereal lover, but it also holds its own in the coffee beverage world. Try it in your morning mug or in a latte from the coffee shop.

How Long Does Oat Milk Last?

Shelf-stable milks that haven't been opened are going to last in your pantry for months. Once you open them, they may stay good for some weeks in the refrigerator.

Fresh oat milk is much more short-lived. You might only have a few days to drink it after you've made it. Do make sure you're keeping it well-chilled in the fridge.

Do you make your own nut milks? Making oat milk is just as easy—easier, even. It's really the ideal vegan milk for someone with limited time in the morning.

Soaking your oats for oat milk overnight will make the blending go quicker, but you can skip that step if you want to. You can have oat milk a few minutes after you realize you're out.

You just needs the oats and filtered water for this recipe. If you want to make it sweeter, add agave, maple syrup or dates to the blender along with a touch of sea salt and vanilla.

What is oat milk good for? Why, chocolate mousse, of course. This video will show you how to make it, including the oat milk.

Oat milk is a fabulous coffee and cereal milk. Creamy and sweet, it's often compared with dairy milk. Make your own oat milk in as little as five minutes and then use it in any recipe you like. Rich, creamy vegan sauces and desserts like chocolate mousse are excellent recipes for oat milk.