In this article, we'll tell you everything you need to know about flax milk. We're covering taste, texture, how it holds up in coffee and more. 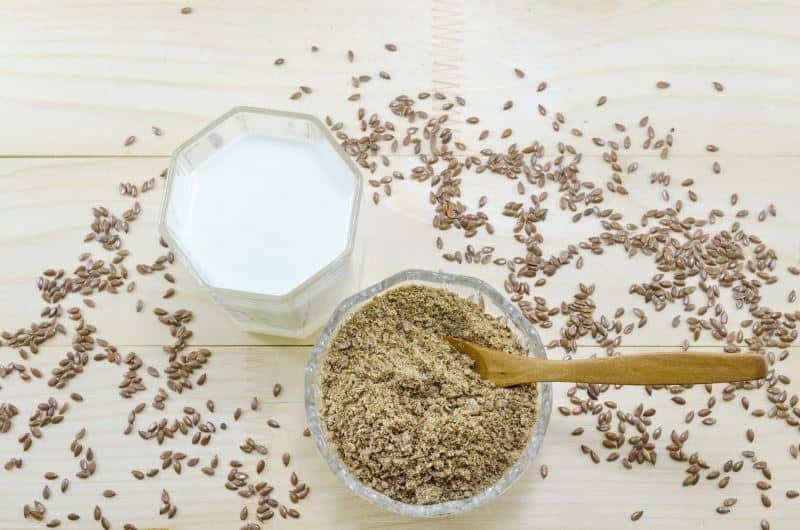 Navigate This Article Using The Links Below
What Does Flax Milk Taste Like?
Flax Milk Texture
Can Flax Milk Be Heated?
Flax Milk in Coffee
Flax Milk Recipe Tips
Wrap Up

Flaxseed milk can generally be described as nutty, though not in the same way as almond milk. Whereas almond milk has a natural sweetness, flax milk tends toward the earthier side.

"Original" flavor flax milks, which are usually plain, will showcase this nutty, seed-like flavor more strongly than flavored flax milks, but even these are mild. Many people who make the switch from cow milk to flax milk find that it's not terribly different.

Some vegan milks are super creamy while others are pretty watery. Flax milk lands just about right in the middle—it's not as thick as cashew milk, but it's not as thin as rice milk.

There is a creaminess to flax milk that might be compared to dairy milk, for all those who used to drink it. It's a good cereal milk, neither too rich nor diluted in texture.

Can Flax Milk Be Heated?

You can use flax milk exactly like you'd use dairy or other vegan milks, meaning you can drink it straight, cook with it, bake with it or warm it up in the microwave.

There are no special instructions when it comes to heating flax milk, though some brands incorporate ingredients that are nutritionally altered with heating, like Good Karma. The probiotic benefit of their cultured flax milk will be neutralized, but you can still cook with it.

There are plenty of folks who use flax milk in their coffee. It all depends on how you take your java. If you used to add a splash of whole milk, flax milk will have a similar effect.

Flax milk can also be used in lattes—its consistency is actually perfect for them. The main thing to keep in mind is that flax milk is not really like a vegan creamer in coffee, but more like dairy milk.

Want to make flax milk yourself? It couldn't be easier. You don't need to soak the flaxseeds—just throw them in a blender with a few other ingredients and you're good to go.

This is a great recipe for a basic sweetened flax milk with only a small handful of ingredients: flaxseed, water, stevia and salt.

This video will show you how to make vanilla flax milk. Be sure to use dates, stevia, maple syrup or any other vegan sweetener (just not honey, which is an animal byproduct).

Flax milk is a great alternative to dairy milk. It's mild in its nutty flavor with a silky dairy milk texture. There's no soaking necessary to make it like with your standard nut milks, so keep it in mind if you're hankering for a glass with vegan cookies.