Thinking about trying duck sauce? We've put together a helpful guide so you'll know exactly what to expect for taste and texture as well as how to use it in your kitchen. 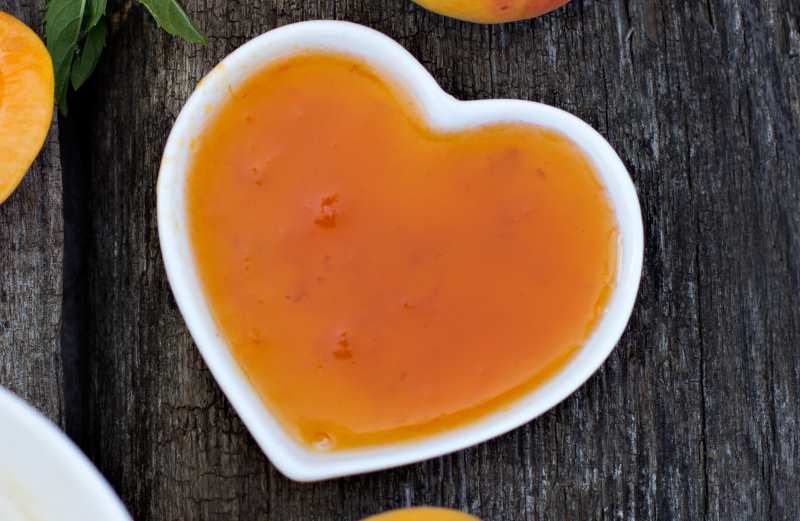 Duck sauce is a rich apricot sauce famously served in Chinese restaurants. It's sweet and fruity owing to the apricots and usually zesty from added vinegar.

Some duck sauces contain ingredients like apple, brown sugar, garlic and mustard, giving them caramelized, savory and spicy qualities. However, the most common duck sauces are simply sweet with a little tartness.

Duck sauce may remind you a bit of orange marmalade, though without the orange peel. It has the same sort of color and texture, thick and jelly-like.

While most duck sauces you'll come across are smooth, some duck sauces are made chunky-style with bits of whole fruit.

Why Do They Call It Duck Sauce?

The reason it's called "duck sauce" is that it was originally used to coat a fried duck dish in American Chinese restaurants.

Today, duck sauce is often served with fried wonton strips, spring rolls and various meals in Chinese restaurants, but as it's generally vegan, it can be used for any vegan version of these dishes.

Is Hoisin Sauce the Same as Duck Sauce?

Exactly what duck sauce is can change from coast to coast, but generally speaking, it isn't the same thing as hoisin sauce.

Hoisin sauce is a thick, dark, sweet, tangy and salty sauce made with ingredients like soy sauce, soybeans and vinegar. As it's soy sauce-based, it's much saltier and more savory than duck sauce.

What Is a Substitute for Duck Sauce?

If you don't happen to have duck sauce but you need some to complete dinner, you can try apricot preserves instead. Just mix in a sprinkle of vinegar.

You can also try a sauce made from plum, peach or even apple, though with each of these, there will be differences in color and flavor. The key is to substitute duck sauce with something fruity, sweet and a touch sour.

What Is Duck Sauce Good On?

Duck sauce is fabulous in stir-fries and as a glaze on seitan, tofu, tempeh and mock meats. Below, we've linked a video with step-by-step instructions for a tasty vegan duck sauce dish.

This is a great recipe for vegan "egg rolls" with homemade duck sauce using peaches, onions, sea salt and sea moss gel. If you've never made your own vegan egg rolls at home, you'll feel like a pro and absolutely love the fresh taste.

Duck sauce is an apricot-based sauce that's sweet, tart and a little vinegary. It's wonderful with vegan spring rolls, mock meats and tofu—anything savory will complement the sweet-tart flavor of duck sauce.