In this article, we'll tell you everything you need to know about dill weed. We're covering taste, texture and recipe tips to get you started in the kitchen. 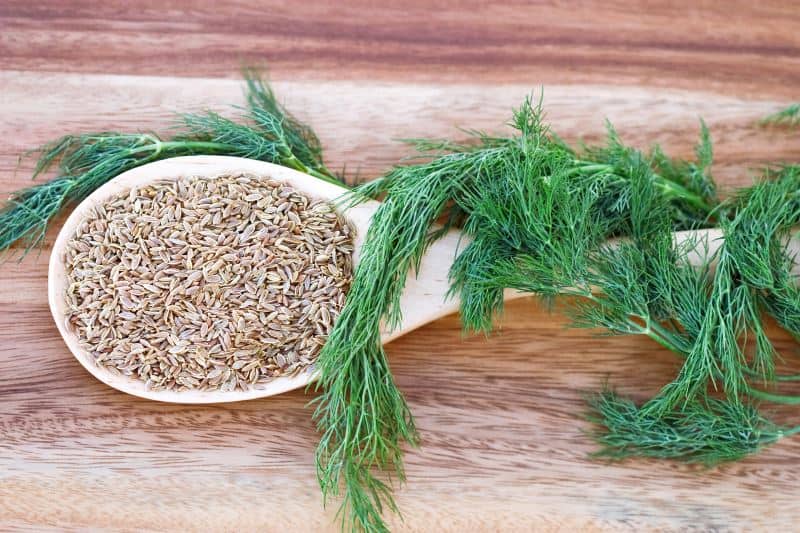 Navigate This Article Using The Links Below
What Does Dill Weed Taste Like?
Dill Weed Texture
What Tastes Similar to Dill?
What Do You Use Dill For?
Can Dill Be Eaten Raw?
Dill Weed Recipe Tips
Wrap Up

Dill weed has a rather unusual flavor. It's somewhat grass-like in that sharply herbal sort of way. But, interestingly, it also has a licorice taste, though it's very muted.

Grassy and green are probably some of the best descriptors for dill weed. It's a quite savory and fragrant herb without the spicy, bitter and sweet notes in herbs like mint, rosemary and basil.

Dill is soft with finely feathered fronds. It's just as light and airy when dried, though the dried herb is not as soft. However, we're just talking about the texture you feel with your fingers.

The texture of dill is not usually noticed in a dish and it's typically finely chopped. If you do eat a whole fresh frond, it'll be soft without any other obvious characteristics.

What Tastes Similar to Dill?

There isn't much that tastes similar to dill. But there are herbs that create a comparable effect on the palate, which include tarragon, fennel and parsley.

If you do omit dill from a recipe, be sure to use other savory herbs, even if they don't mimic the taste of dill. The reason is that your recipe probably relies on a strong herb flavor and may be bland without it.

What Do You Use Dill For?

Dill is commonly added to marinades, sauces and soups. It goes particularly well with creamy dishes, so think of vegan potato leek soups and white cashew or pine nut sauces.

You can also bake with dill. Just like you'd use rosemary in focaccia bread, you can make dill focaccia or pizza crust. It may also be used in mock tuna salads, homemade pickles and roasted vegetables.

Can Dill Be Eaten Raw?

Dill can most definitely be eaten raw. Fresh dill is more green-tasting than dried dill, and while it's not sweet, it's less pungent than the dried stuff.

A great way to use fresh dill is in salad dressing. It's also ideal for an edible garnish, so when you make pan-sear tofu, place a sprig of fresh dill on top for a burst of flavor.

If you're adding tofu to the recipe, consider one of our picks on this list of the best tofu press options. Removing excess moisture from the tofu not only makes it more flavor-rich but it also improves the texture.

Let's find out what you can do with dill weed in your cooking. It's easier than you may think.

Dill pickles seemed like an appropriate place to start. To make these timeless snacks, combine the following ingredients:

For your next Sunday brunch, try these dill hash browns alongside your tofu scramble. Round up these ingredients:

Here's a recipe for a simple potato, leek and dill soup. You'll find that the dill fits right in with the sweet leeks and creamy potatoes. Here's what you'll need:

Dill is an intriguing herb that's grassy with subtle notes of anise. It's perfectly paired with garlic, onion, citrus and herbs like tarragon, rosemary and thyme. Think about making soups and sauces with it, but add a pinch in your breakfast potatoes, too.