In this article, we'll be discussing chicory coffee. We'll tell you everything you want to know about what it tastes like, how to prepare it home and a few other helpful hints for getting the most of your morning brew. 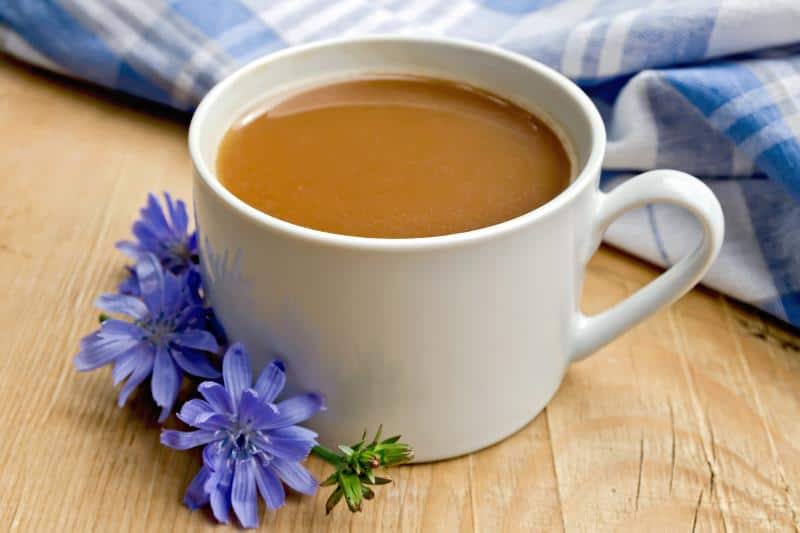 While it doesn't taste exactly the same, chicory coffee is very similar to your standard java. Like regular coffee, the popular New Orleans specialty is nutty and deeply roasty.

Most significantly, chicory coffee also has woody and herbal flavors that really make it its own thing. Some roasts even have traces of slightly tart fruits like cherries.

Chicory coffee does have a bitterness to its taste, but then again, so does coffee. Some chicory blends may be less bitter than others.

A little sugar can go a long way in mitigating the bitterness of chicory coffee. Another trick is to add a pinch of salt before the brew cycle, which will take away some of the bitter edge.

What Is the Difference Between Coffee and Chicory?

The cup of coffee you buy from the cafe is the result of hot water having been filtered through roasted coffee beans ground to an appropriate coarseness for optimal flavor.

With chicory coffee, ground chicory root is added the roasted coffee beans to create a unique flavor blend. Because chicory root has a natural coffee essence, the differences between the two are slighter than you might think.

Is Chicory Stronger Than Coffee?

If we're talking about caffeine strength, chicory root is caffeine-free. This means that chicory coffee will be less of a stimulant than regular coffee, so in a way, chicory coffee can be considered less strong.

In terms of flavor, some people do experience chicory coffee as "stronger" due to its bitterness or additional flavors in the chicory root that are not part of a typical cup of coffee. So in this way, chicory coffee can often be considered stronger than coffee.

How Do You Drink Chicory Coffee?

There are many ways to drink chicory coffee. If you don't take your coffee black, you can add a little sugar and nondairy creamer or heated vegan milk of your choice. Adding cinnamon, allspice or cardamom is another great way to bring out the sweeter, earthier notes in chicory coffee.

This video shows you how to make caffeine-free chicory root "coffee" without any added coffee. You just need ground chicory root, your favorite vegan milk and some sweetener. If you'd like to try the traditional chicory coffee drink, throw some ground chicory root in the filter with your coffee and brew the way you normally would, whether that's with a French press, a drip coffee maker or a pour-over device.

Chicory coffee is very much like the coffee you're used to, but it's more herbal, nutty and even fruity. It is a little on the bitter side, but this is easy to remedy with sugar or a touch of salt added to the brew cycle. A few spices, some sweetener and steamed vegan milk will make a tasty treat to rival any spiced vegan latte from your favorite coffee shop.