If you've ever wondered what the cloves in your allspice mix taste like, you're in luck. We're diving into the taste and texture of cloves, plus how to use them in your cooking and baking. 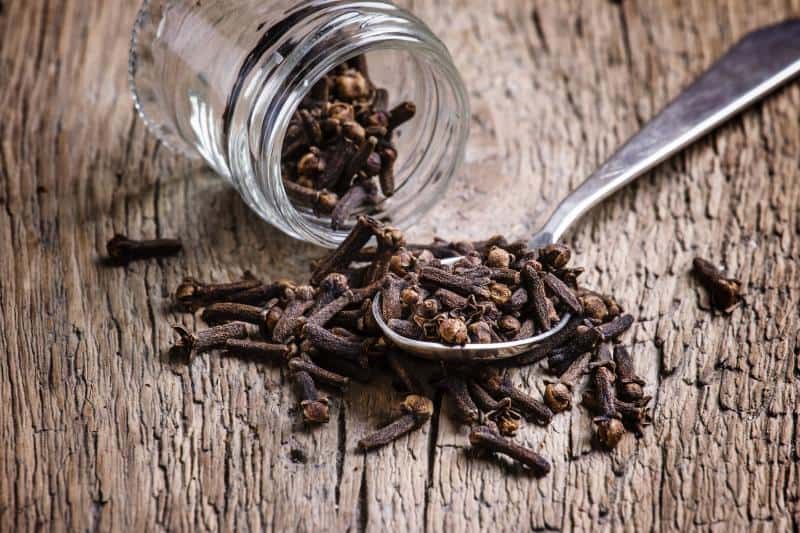 Navigate This Article Using The Links Below
What Do Cloves Taste Like?
Clove Texture
Are Cloves Bitter?
Are Cloves Spicy?
What Do You Use Whole Cloves for?
Tips for Cooking with Cloves
Wrap Up

If you're a fan of allspice and nutmeg, you'll probably like cloves, too. They're very similar to these spices, frequently added to pumpkin pie, mulled cider and apple recipes. Cloves are quite powerful in both taste and scent, so a little goes a long way.

In essence, clove is sharper than cinnamon, less floral than cardamom and probably most closely related to nutmeg in flavor. It's warming with the interesting tongue-numbing quality of nutmeg if applied directly to the tongue.

Whole cloves from the spice rack are very hard, dry and brittle. Pulverizing them in a coffee or spice grinder is the easiest way to get them into powder form, which is the way most recipes call for cloves.

However, you can also crush cloves up with a mortar and pestle. The thing about this method is that it may leave tiny granules intact, giving the finished product a grainy texture. You may want to run it through a fine sieve to take out the larger, harder bits.

When you cook with cloves, you won't get the bitter quality you taste when you try them by themselves. Still, it's a good idea to use clove sparingly as the flavor is intense.

Cloves can be described as mildly spicy, though not in a typical way. The sensation is closer to that of hot cinnamon candy (though far less spicy) than to something like a jalapeno pepper.

None of the spiciness of cloves transfers to whatever your cooking or baking, however, so don't worry if you're not a fan of spicy foods.

What Do You Use Whole Cloves for?

Whole cloves are great in stewed liquids like cider and hot cocoa made with your vegan milk of choice. Just remember to extract the cloves before consuming.

Some people prefer to keep whole cloves in the kitchen to grind up when needed as freshly ground cloves are more fragrant and even floral than cloves that come pre-processed.

Tips for Cooking with Cloves

You might instantly think of dessert when you think of cloves, but you can actually cook your dinner with them, too. We rounded up a couple of short tutorials that'll show you some of the different things you can do with the cloves.

In this video, you'll see how vegan pumpkin spice tamales are made. You'll need:

This video will show you how to work with cloves in savory cooking, and you'll have a delicious vegan chili by the end of it. It's got vegan beef crumbles, diced tomatoes, chili powder and ground cloves that'll lend a nuanced flavor.

Clove is a wonderful spice for baking homemade vegan pies and treats, but don't forget all the savory dishes you can add a dash of clove to in order to add depth. It may sound strange, but cloves and tomato-based sauces are a match made in vegan heaven.