In this article, we'll answer a bunch of your common questions about chives. This includes the common: What Do Chives Taste Like? 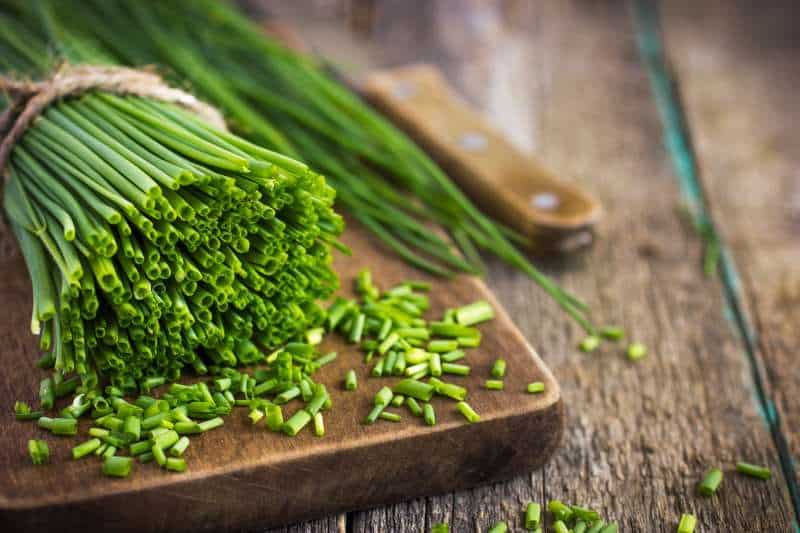 Chives taste similar to raw onions, although much more mild. When eaten in their raw form (which is missed common) the onion-like flavor is much more pronounced, but cooking chives in a dish or adding them to a sauce greatly dampens their flavor.

When you garnish a dish with chives, they add a "pop" of flavor to whatever you're eating and aren't at all overpowering.

Chives don't have as pungent an aftertaste as an onion and won't linger in the mouth unless you eat a whole lot of them.

Whether they are fresh or dried, chives will always have a slight crunch. Dried chives are slightly more crumbly when you bite them while fresh chives have more of that fresh snap that you're probably familiar with from things like snap peas.

The thinner chives are sliced, the less noticeable the texture will be. Chives that are sliced very thinly almost melt in your mouth.

Chives smell a lot like they taste. The aroma they have is like an onion, but a bit more mild and less pungent with a slight herb-like scent.

What Do Chives Go Well With?

Aside for sweet dishes, chives go well with about pretty much anything warm and savory. Try garnishing the following with chives to add a pop of complex flavor...

Here are a few other interesting ways to use chives...

With just a few basic ingredients, you can transform a basic white potato into an aromatic and flavorful dish thanks to chives and other spices. You'll need...

If you have some basic wonton wrappers handy, you can stuff chives with some veggies or mock meats into a dumpling. Try experimenting with some Asian-style veggies including...

While this recipe calls for cultured hemp hearts, you can use chives inside any sort of homemade cream cheese. Consider adding it to the following for a similar effect...

What Can You Substitute for Chives in a Recipe?

If you can't find any chives, try using the following ingredients as substitutes...

Now that you've learned all about how chives taste - why not get out there and give some a try?

Keeping some dried chives handy in your fridge or pantry can quickly transform a basic dish to something fancy and memorable.

If you aren't too skilled with a knife, consider getting a food chopper to cut up chives quickly and easily.