In this article, we'll be answering your questions about black eyed peas. We'll tell you what they taste like, how the texture is and how to make them super tasty. 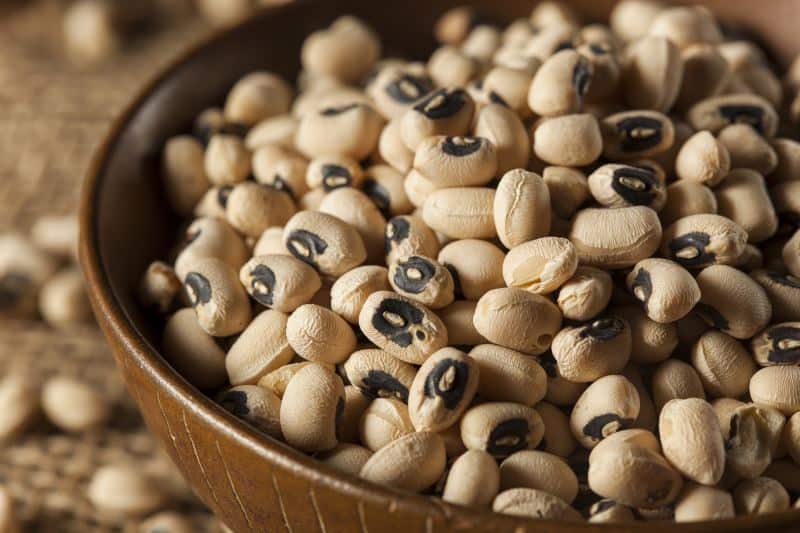 Even though they're called peas, black eyed peas aren't sweet like green peas. They're savory, even a touch nutty. However, the the earthiness is the flavor that comes through the strongest.

Black eyed peas are pleasing to the palate, soft but firm at the same time. For this reason, they hold their own mixed with grains, veggies and tofu.

What Bean Is Similar to Black Eyed Peas?

Lima beans are said to be good substitutes for black eyed peas for taste and texture, though as black eyed peas share similarities with all beans, there are many that make suitable stand-ins.

Garbanzo beans have an earthiness that is quite like black eyed peas. So do pinto beans, though pinto beans are a little sweeter.

Do You Soak Black Eyed Peas?

If you have a package of dried black eyed peas, you should soak them at least overnight before cooking. This goes for pretty much any type of dried bean.

There is a way of shortening the long soak process that involves boiling. If you use this approach, just make sure that you're boiling for a long enough time—a hard black eyed pea is not a nice thing to come across in your meal.

What Do You Season Black Eyed Peas With?

Cooking black eyed peas can be as simple as sauteing them with a healthy dose of garlic and onions. Because they're so flavorful, they do well with strong flavors like garlic and aromatic herbs.

Rosemary, bay leaf, oregano and smoked paprika are some examples of seasonings that are perfect matches for black eyed peas. What you use depends on what you're cooking, but these seasonings are generally considered good choices.

Soups and stews are really where black eyed peas shine, though there are lots of things you can do with them for side dishes. Watch these videos to get a feel for how to work with them.

If you're wondering how to make black eyed peas into either a delicious side dish or main meal, this video will guide you. (Watch to about minute 2:38 for the recipe.) You'll need:

Here, we're making hearty vegan gumbo with black eyed peas. If you're a fan of stews and chunky soups, you've got to try this gumbo over rice. Here's what you'll need:

Not peas but beans, black eyed peas are earthy, richly flavored and filling. Rather than eating them "dry" (after they've been cooked), it's good to have them simmered in vegetable broth or a little liquid to allow them to release all that wonderful flavor. Treat them like you would kidney beans or black beans in chili, stew or gumbo for the tastiest results.