Can vegans eat waffles? We tackle the question below by looking at a bunch of different waffle varieties including frozen, packaged, and restaurant waffles... 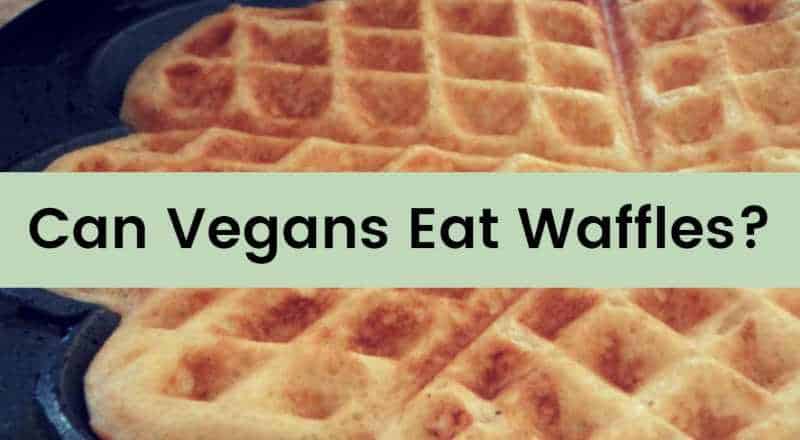 Here's everything you need to know..

In general, whether you get waffles at a restaurant or in a box as mix, you should not expect them to be always be animal product-free, and definitely not if they're listed on a restaurant menu without being advertised as vegan.

Eggs and milk are basic components of the average waffle recipe, which is why you shouldn't order waffles at a restaurant before asking if a vegan option exists.

A prime example is Waffle House. The restaurant chain uses a standardized non-vegan recipe that doesn't say it isn't vegan on the menu, but it's assumed that the consumer knows beforehand.

But there are also many types of frozen waffles that aren't vegan. You need to check the ingredient statement for eggs along with dairy products like non-fat dried milk and whey.

We've covered some of the most popular brands in the following related articles...

So what about packaged types of waffles? The answer is usually NO -- at least when it comes to the non-frozen kind.

Notice the eggs. You'll find eggs, milk and/or butter in many different kinds of packaged waffles. So it's important to always double check the ingredients.

Now, you can buy vegan waffle mixes. They won't be Belgian-style, but when you taste them, you won't care. They are waffles, after all!

If you're just starting down the sustainable whole foods path, download our printable grocery list full of economical tips and vegan hacks.