Are you looking for more information on the Vitamix 5300 and the Vitamix 7500? Vitamix is a brand with a sterling reputation to maintain.

The 5300 and 7500 are both exemplary Vitamix options. That’s precisely what can make it so hard to choose between them.

We’ll be comparing these two fantastic models in this guide. Here’s what you’ll discover about these Vitamix blenders:

Vitamix is known for a number of high quality features, and they’re displayed to their full extent in the Vitamix 7500. The name says this blender is professional-grade, and it has the motor power to match the name. With an amazing 2.2 hp motor, this powerful Vitamix blender can tough out just about anything you need it to blend.

The Vitamix 5300 is another great example of Vitamix’s ingenuity. Like the 7500, it also has an extremely powerful motor, as well as variable speed controls that give you total power over the blend. This versatile blender can be used for a wide range of recipes, and is poised to become a staple in your kitchen.

Which one would we recommend? Frankly, these Vitamix blenders are virtually identical in both form and function. There are a handful of differences, like the 7500’s cookbook, but either one will perform equally. For that reason, our recommendation is to choose whichever one fits into your budget better while you’re shopping. 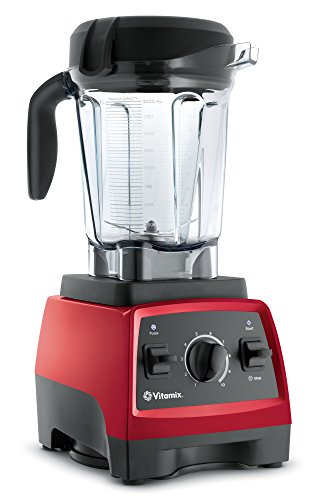 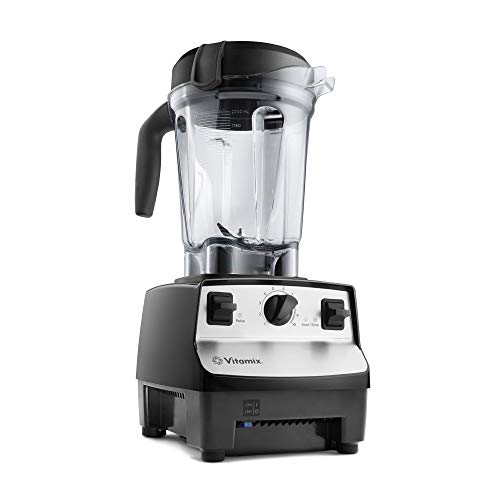 In terms of motor power, the Vitamix 7500 and Vitamix 5300 are identical. They both have impressive 2.2 hp motors, which is more than enough power for your average blending tasks.

Combined with the hardened stainless steel blades in these Vitamix blenders, either the 5300 or the 7500 will be able to handle whatever you need them to. These are remarkably versatile blenders that can be brought out for a variety of situations.

Here are some examples of recipes you could easily use them for:

At the top of the Vitamix 7500 and the Vitamix 5300, you’ll find the same standard 64 oz low profile jar. There are quite a few reasons why this jar is so preferable, and in a comparison of the Vitamix 5300 vs 7500, this won’t help you choose, given that you’re getting the same thing either way.

Many people like this jar style because it has a lower height compared to the average blender pitcher. Because of its more compact size, either blender is easier to store underneath a cabinet than many alternatives.

Despite its more squat height, however, both the 7500 and 5300 have a generous 64 oz capacity. This size is great for large batches because of how easy it is to form a vortex. The wide blades at the bottom of the 64 oz jars pull in all of the ingredients, leading to the thickest smoothies you can image.

In fact, a lot of the time, you’ll be pleased to find that you won’t need to use the tamper in either of these 64 oz containers, thanks to their efficient design!

That warranty is a phenomenal 7 year warranty that gives you valuable peace of mind. You’ll have more than enough time to report if there are any issues with your blender on either one.

The value in the 7 year warranty goes beyond that, though. It sends a message to buyers. You know you’re not buying another fragile piece of kitchen equipment that you’re going to have toss out in just a few months – or even a few years.

Note: The 7 year warranty generally applies to new blenders. If you’re buying a refurbished model, the warranty may differ.

It’s essentially the same on either the Vitamix 7500 or the Vitamix 5300. Either blender gives you unprecedented control over the blend texture, ensuring that each recipe you create is consistently good time after time.

With the Vitamix 5300 and the Vitamix 7500, you get access to a pulse function. Pulsing is perfect for when you need to blend something just slightly, but not to the point where it’s perfectly smooth.

For example, salsas are a recipe where you don’t want to completely liquefy your ingredients. The Vitamix 5300 and Vitamix 7500 both make that entirely possible, because you can easily pulse the 2.2 hp motor until you get the exact consistency you need.

This is just one of the many features that makes the Vitamix 5300 and Vitamix 7500 so useful. Either blender has the finesse you need to handle your most delicate recipes.

If you’ve spent a lot of time using blenders, then you’ve probably experienced the mess they can leave behind. Even the most convenient blender gets splattered with food on the inside of the pitcher or under the blades after each use.

Given the shape of blending jars, this can be an absolute hassle to clean. You have to struggle to get your hand into the jar for a good clean, and then you risk cutting yourself on one of the blades. (Vitamix blenders are different, though, in that their blades are typically dull – they’re just designed to pulverize ingredients through sheer power rather than cutting.)

In this Vitamix 5300 vs 7500 comparison, you might be pleased to find that they’re both self-cleaning. With either the Vitamix 7500 or 5300, all you need to do is add a little bit of dish soap and hot water to them. Then, simply turn the blender on at its highest setting for a quick and pain-free clean that takes almost no effort on your part.

Another aspect that makes the Vitamix 7500 and Vitamix 5300 so amazing is their blades. Each blender has hardened stainless steel blades at the bottom of the pitcher.

These blades are created to handle the most stubborn ingredients, including ice and frozen fruits or vegetables. This means that no matter how tough the recipe is, the Vitamix 7500 or the Vitamix 5300 are both equipped to handle it for you.

The problem with using any blender for long, no matter how robust it is, is that it can too easily overheat. This is particularly true when you’re trying to push the motor to power through hard foods, such as when you’re making an especially thick smoothie.

So the next time you have an afternoon or morning spent blending thick milkshakes or smoothies, you won’t need to worry about the motor overheating. Your Vitamix 5300 or 7500 will be able to deal with it without breaking a sweat.

There are good surprises in life, and then there are nasty ones…like encountering a whole ice cube in your otherwise silky smooth milkshake or smoothie. In the Vitamix 5300 vs 7500 comparison, this is another thing both are ready to handle for you.

These blenders include the same tamper with the same exact functionality. If you haven’t used one, it’s basically a little stick that allows you to push ingredients into the blades while the motor is on.

This relieves you of the inconvenience and mess of having to stop the blender and mix stuff around with another utensil. Trust us when we say it’s a complete lifesaver.

This wouldn’t be a Vitamix 5300 vs 7500 comparison if we didn’t go over their differences. Although the 5300 and 7500 are remarkably similar, there are a couple things that are different between them.

One difference is the things that come in the box with each blender. With a new Vitamix 7500, you’ll get the following:

On the other hand, you’ll get these accessories along with a new Vitamix 5300:

You’ll get just a little bit extra with the Vitamix 7500. This isn’t necessarily a dealbreaker, though, unless you feel you absolutely need the cookbook and the DVD. Their functionality is still the same.

The final difference between the 7500 and 5300 is that they’re technically on separate Vitamix platforms.

Well, it just means that they each have different accessories that they’re compatible with. In other words, the extra attachments, such as different-sized blending jars, will vary between the 7500 and 5300.

This may help you choose between the Vitamix 5300 vs 7500. More likely than not, however, it won’t have much of an impact on your decision because the utility of these two blenders is still equal. If you would like to know more info on Vitamix 5300, you can read my Vitamix 5300 review.

Since we’re talking about two different blenders in this 5300 vs 7500 post, you naturally might have some extra questions about the two. Let’s take a look at a few common inquiries people have about either one…

If we’re going to compare two of the best Vitamix blenders, why not discuss another? Many people find themselves wondering what the difference between the 750 and 7500 is, given that they have such similar names.

In most other aspects, these two blenders are similar. They have an equal motor power, low profile 64 ounce container, and self-cleaning design.

It’s no secret that the average blender can make a racket. If you’re going to pay the steeper price for a model like the Vitamix 5300 or 7500, does that mean you’re getting a quieter blender?

That depends. The noise of a blender comes from its motor, as well as what you’re choosing to blend in it. Both these blenders have a powerful motor.

Many customers report that motor in the 7500 is indeed quieter than their previous blenders, but some also feel that it’s a bit on the loud side, especially when it is crushing ice.

Which Should You Buy?

All these features probably leave you with this question: which is the best Vitamix blender? Should you buy the Vitamix 5300 or the 7500?

Frankly, we can’t recommend either over the other. The truth is, they have remarkably similar features that means they can be used interchangeably. With an equal motor power, similar jar style, the same blend settings, and a tamper, either blender works fantastically.

At the end of the day, our recommendation is simply to choose the blender that fits more into your budget at the time of purchase.

DON'T FORGET...If you're looking to find our most up to date blender picks then check out our Blender Recommendation Page now. We'll help you pick the best blender for your needs. Click here now to find the perfect blender.