Not sure if you should ask for a shot of wheatgrass in your carrot-apple-kale blend at the local juice bar? Below, we're covering wheatgrass taste, nutrition, serving tips and more to give you all the information you need. 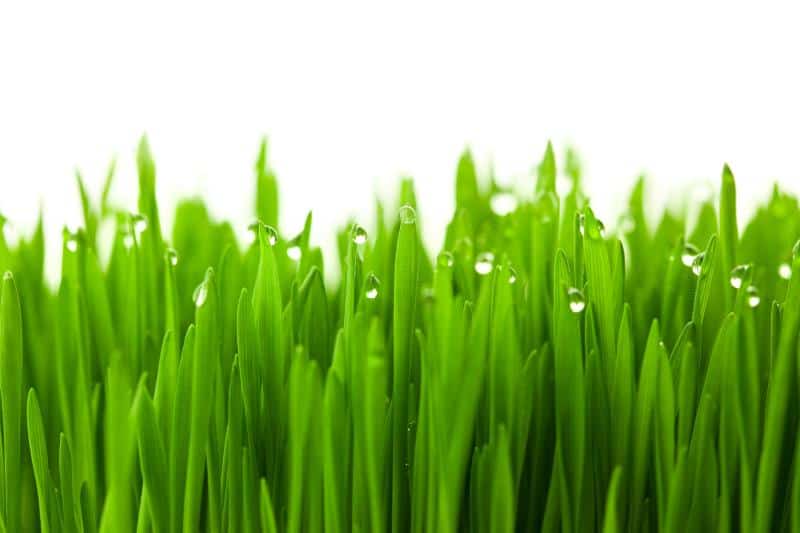 Let's learn all about wheatgrass...

The first thing that hits you when you drink a shot of wheatgrass juice is, unsurprisingly, the grassiness. Imagine consuming a concentrated mouthful of something like kale or dandelion greens—it's going to be strongly bitter.

Some folks get a sweetness, but others just taste bitterness. Wheatgrass is also earthy, not unlike the quality of beets that reminds you of the soil they grew in, which many people enjoy.

Can You Mix Wheatgrass With Other Juice?

If you aren't a fan of straight wheatgrass juice, there's absolutely no harm in mixing it with other juices, including fruit and vegetable juices. You can also buy powdered wheatgrass online or at your local health food store to stir into your morning smoothie or post-workout shake.

There are some who say that taking wheatgrass alone on an empty stomach is optimal for absorption, though not everyone agrees. We tend side with Mary Poppins: a spoonful of juice helps the medicine go down. That was what she said, wasn't it?

What Does Wheatgrass Do to Your Body?

Wheatgrass is a powerhouse of antioxidants, vitamins, minerals and amino acids. They say that a single shot of wheatgrass juice is as good as consuming approximately two pounds of greens.

If you feel that you're lacking in your leafy greens intake, or even that you might be missing out on the spectrum of vitamins from A to K, wheatgrass juice may be beneficial in fortifying you against serious some nutritional deficiencies.

How Much Wheatgrass Juice Can I Drink in a Day?

It's generally advised that newbies stick to an ounce or less once per day at most. It can deliver quite a zingy energy boost, so morning is an ideal time.

Large doses of wheatgrass juice can also produce undesirable effects, such as nausea. This is why you want to be cautious and take it slow. You can bump it up to a couple of ounces, perhaps in one-ounce shots with several hours in between, once you've acclimated.

Can I Drink Wheatgrass at Night?

Yes, you can drink wheatgrass juice at night. It's good for digestion, so taking wheatgrass before or even after dinner is not a bad idea.

Remember, though, that some people feel energized by wheatgrass. If this happens to you, then try sticking with your wheatgrass booster earlier in the day.

Tips for Growing and Using Wheatgrass at Home

Thinking about trying wheatgrass at home? It's not as difficult as you might think.

This instructional video takes you step by step through the process of growing wheatgrass from wheatberry to harvest-ready product. All you really need is a lidded mason jar with a screen and a tray. This a super easy no-soil method anyone can follow.

You don't necessarily need a juicer to extract all the nutrient content from wheatgrass. In this video, you'll learn how to make wheatgrass juice in your kitchen with a blender and a strainer.

Wondering what to do with wheatgrass powder? As you'll see in this video, all you need is some coconut water and a banana to turn your wheatgrass powder into a delicious super food smoothie.

Why drink wheatgrass juice? Essentially, because it's one of the quickest and easiest ways to pump up your vitamin and mineral intake. Wheatgrass is free radical-fighting, immune system-boosting and generally extremely nutritious. Whether you drink it fresh, in powder form, straight or with other juices, wheatgrass can help you squeeze in such a generous dose of greens that even Popeye would need to open up an extra can of spinach to keep up.