In this article, we'll be talking about rye breads, both the seeded kind and the marbled kind. We'll tell you all about taste, texture, recipes and ways to serve it for tempting vegan meals. 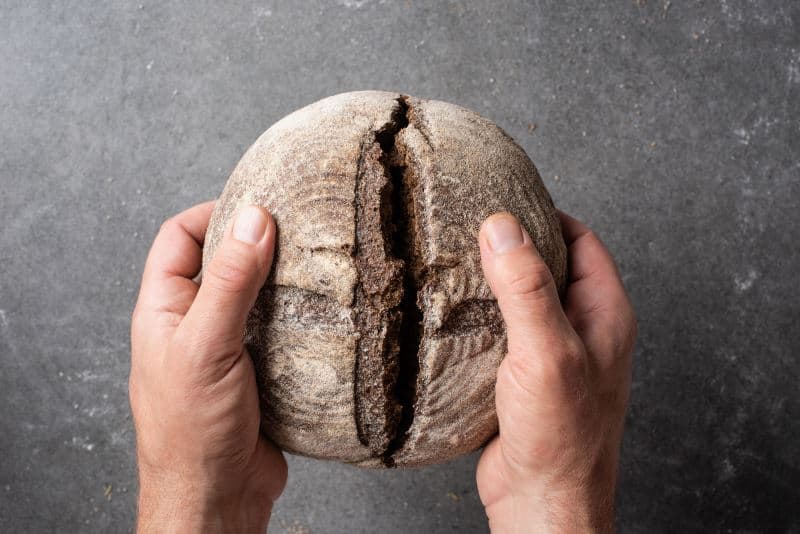 Navigate This Article Using The Links Below
What Does Rye Bread Taste Like?
Rye Bread Texture
Is Rye Bread Better?
What Is Marble Rye?
What Is the Difference Between Rye and Pumpernickel Bread?
Rye Bread Baking Tips
Wrap Up

The taste of rye bread is not at all like white or whole wheat bread. It's flavored with caraway seeds, so it has a vibrant, earthy flavor a little like a strong herbal tea.

Some rye breads have sourdough bases, so they have that tart flavor of sourdough, too. Other rye breads are on the sweeter side.

There's no one texture that distinguishes rye bread from other breads. The texture comes from the ingredients and how it's made, which varies from baker to baker.

Rye bread can be super soft and spongy, especially if it has a lot of wheat gluten in it, but it can also be drier with a hard crust on top. You never know until you try it.

We can tell you that rye bread is preferred by a great many people, but that doesn't make it better than other types of bread. And some people don't like rye bread at all, probably due to its potent flavor.

However, rye bread makes killer sandwiches with spicy mustard and vegan mayo. But no matter what, the bread that's best is a matter of preference.

What Is Marble Rye?

Whereas seeded rye breads are an off-white color, marbled rye breads have swirls of dark brown in them. This comes from added cocoa powder in some of the dough.

Even though there's cocoa powder in marbled rye, it's not enough to make the bread taste like chocolate. It does give it a deep flavor, though not a sweet one.

What Is the Difference Between Rye and Pumpernickel Bread?

Ah, the age-old question. How is rye bread different from pumpernickel? Actually, pumpernickel is a type of rye bread, but it's darker, denser and stronger in taste.

Originating in Germany, pumpernickel bread comes from whole grain rye flour that has been ground somewhat coarsely. Traditionally, it's made with sourdough cultures, though it's often a touch sweet.

Pumpernickel breads made in the U.S. are much lighter than German pumpernickel. If you live in the U.S., the lighter, fluffier kind is the one you're most likely to encounter.

First-time rye bread makers might want to start with a classic recipe to get a feel for the rye bread goodness we know and love. But feel free to jump right into some sweet variations, one of which you'll find in the second video linked below.

By the end of this video, you'll know how to make fresh, delicious rye bread. Here are the ingredients you'll need:

Here, you'll see how to make a semisweet treacle (molasses) and rye loaf "cake" with coconut oil, apple puree, raisins and spices. It makes a yummy afternoon treat with tea.

For sandwiches and toast, try rye bread. It has a beautifully rich, earthy flavor that's excellent with other strong flavors. If you already make your own bread, adding rye bread to your baking repertoire is a fun way to mix it up. Don't forget the sweet rye breads for dessert.