In this article, we're covering the ins and outs of drinking ginger tea. We'll let you know how it tastes, what fresh versus dried ginger tea is like and, most importantly, how to make it delicious. 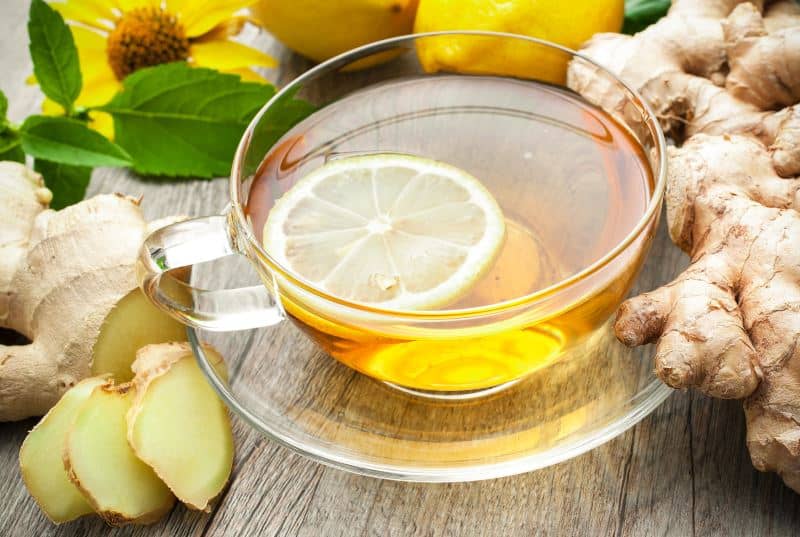 Most packaged ginger teas are rather mild. They tend to carry more of the flavor of ginger than the heat with light floral notes and a subtle earthiness.

Plain ginger tea is neither sweet nor savory. It's more herbal in flavor, like a somewhat grassy tea without the bitterness. Ginger teas are often mixed with citrus and other fruits, which blend well with the earthy taste.

Some dried ginger teas may be spicier than others, but in general, they're very gentle. Fresh ginger is a different story. If you've ever nibbled a slice of raw ginger, you know what fresh ginger tea tastes like.

But spiciness isn't the only characteristic of the fresh version. The floral qualities really open up and produce a pleasant aroma that may be a touch peppery.

You can control some of the spice by simply using less ginger in your teapot or slicing it instead of grating it. Or you can steep it with other teas, herbs and fruits. Of course, a little sweetener will also do the trick.

Can I Drink Ginger Tea on an Empty Stomach?

They say that ginger settles the stomach, but perhaps this only works on a full stomach. Some people report experiencing nausea after having ginger tea without a meal first.

But this isn't a universal effect. Some people can drink ginger tea first thing in the morning and feel fine. Dried ginger tea blended with other teas could be a safer bet.

Can I Drink Ginger Tea Every Day?

Everything in moderation, as they say. There's nothing wrong with having ginger tea every day, but it's possible that you could end up with heartburn or stomach irritation.

But there are those who do enjoy it as a morning ritual every day of the week. If you have an allergy, you definitely want to stay away from ginger, but otherwise, it's a pretty innocuous spice.

Making fresh ginger tea is simple. Just peel the skin off the ginger root, slice or grate it finely and steep it in boiling water. But you'll be wanting to throw in some extras—even if you love spicy food, straight ginger tea is not the most drinkable beverage. Watch these videos to see how to make it crave-worthy.

This is an adaptable recipe, and the video will give you some ideas for several kinds of ginger-infused teas. Just use maple syrup (honey is an animal byproduct).

Here's an orange, ginger and mint tea recipe that's nice in all seasons, from summer to winter. Again, honey is mentioned in this video (as it's a typical ingredient in ginger tea), but you can use maple syrup, agave, stevia or any vegan sweetener you prefer.

Dried ginger tea is mild and slightly floral, but if you can take the heat, go for fresh ginger tea with strong floral, spicy and peppery notes. It's wonderful with lemon and maple syrup or mixed with lavender, rosemary and even rooibos tea. Add fragrant, sweet and tart ingredients and you'll make a perfect cup of ginger tea every time.