In this article, we're going to cover fenugreek. By the time you're done reading, you'll know exactly what it tastes like, how it's used in cooking and what to do when you don't have any for a recipe. 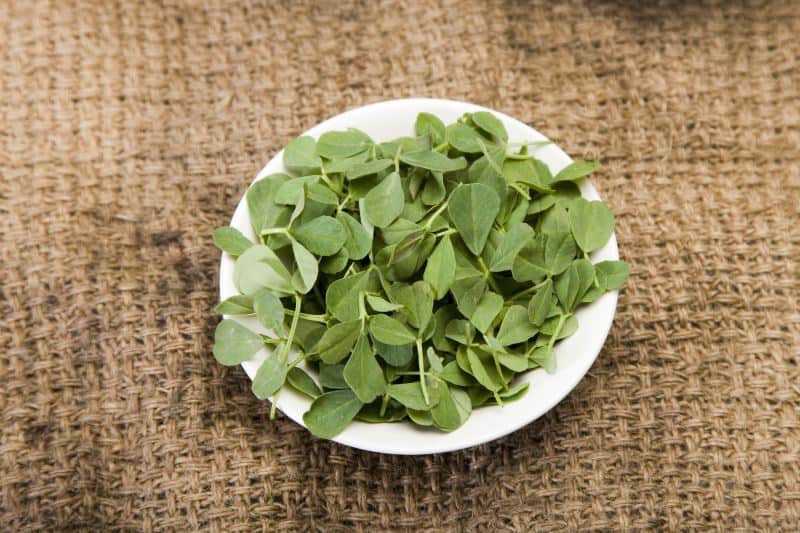 Navigate This Article Using The Links Below
What Does Fenugreek Taste Like?
Fenugreek Texture
What Can Be Used Instead of Fenugreek?
What Is the Difference Between Fenugreek and Fennel?
Fenugreek Recipe Tips
Wrap Up

The plant called fenugreek is commonly harvested for its leaves and seeds. People are sometimes surprised to discover that it has strong maple essence with a sweet aroma, though it's not particularly sweet in taste.

It's more toward the bitter side, slightly like burnt brown sugar. It's also a little bit nutty, though the maple flavor is its strongest characteristic.

Fenugreek leaves are often sold dried and carry a milder flavor than the seeds. Like bay leaves, these can be used to flavor a dish and then removed before it's ready to eat.

The seeds, which are often called methi seeds, are hard and used like cumin seeds for flavoring. Also like cumin, you can grind the seeds and use the powder in any recipe.

What Can Be Used Instead of Fenugreek?

If a liquid ingredient won't hurt your recipe, you can use maple syrup in place of fenugreek. The syrup is definitely sweeter and more delicate in flavor, but it will be the closest substitute in your kitchen.

Since some curry powders have fenugreek in them, they're also an option, but only if you're making something that would taste good with the other curry spices.

Yellow mustard seeds are frequently used in place of methi seeds. They're comparable in their floral and slightly sweet qualities, though they're not quite the same.

What Is the Difference Between Fenugreek and Fennel?

Though fenugreek is more like maple syrup, there's something about it that can remind people of fennel. But they're two quite different plants.

Fennel seeds come from a plant in the carrot family while fenugreek is a legume. Fennel is also sweeter with a big licorice flavor. It is compatible with the maple flavor of fenugreek, but it's stronger.

So what foods go with fenugreek? We wanted to know, so we looked up some recipes. These videos will take you step by step through vegan meals you're going to want to try.

As it turns out, lentils and fenugreek are a perfect match. This soup will keep you warm in the colder seasons.

Make it with the following ingredients:

For this Indian fried rice, if you don't have fresh fenugreek leaves, you can use the dried kind and just pick them out before serving.

Fenugreek has an amazing maple flavor, though it's more bitter than sweet. It comes in both seed and leaf form to cook with and gets along famously with lentils and curry spices. Try an Indian fried rice with ginger, green chili peppers and spinach, creamy vegan curry and a homemade flatbread with this complex spice.