In this article, we're discussing the pseudo-grain called buckwheat. We'll tell you everything you want to know about taste, texture and the famous buckwheat pancake, plus some tips and recipe hacks. 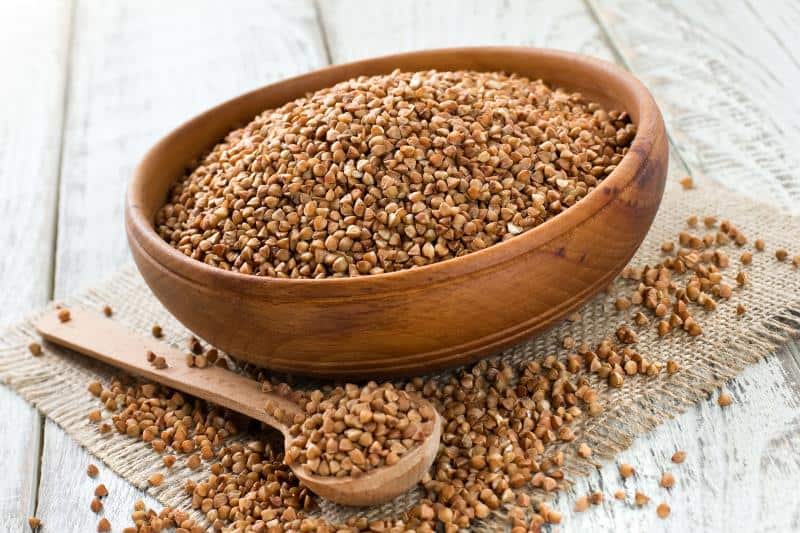 In a way, buckwheat sort of tastes like wheat. It's definitely grainy, but it's not overpowering. However, buckwheat is a tad bit stronger than wheat with a nutty flavor.

Toasting buckwheat dramatically increases the nuttiness of the buckwheat groats and also brings out a hoppy taste, somewhat bitter but still pleasant.

Soaked buckwheat is a little bit of a different story. If it's soaked long enough it will also be fairly chewy, but it will probably also be a little bit starchy.

The "regular" pancakes served for breakfast across the U.S. are light, fluffy and plain-tasting or subtly sweet. While people love these things about wheat-based pancakes, buckwheat pancakes, which are very different, have a huge following.

Buckwheat pancakes have a deeper color and flavor. They retain the nuttiness of the raw buckwheat groats as well as an earthiness not found in other pancakes.

Sometimes buckwheat pancakes are made with added wheat flour, which will make them taste more like traditional pancakes. If they're not, they could even be described as more savory than the (vegan) pancakes most of us are used to.

Can You Eat Buckwheat Raw?

Buckwheat groats can be eaten raw—in a way. You'll need to soak them first for several hours or even overnight to make them edible.

Many people actually suggest soaking your raw buckwheat groats before eating them anyway as this is supposed to increase digestibility. Toasted buckwheat is another matter, though. Just cook toasted buckwheat as you would any other grain.

Do I Need to Soak Buckwheat Before Cooking?

You don't have to soak buckwheat before you cook it (and certainly not toasted buckwheat), but you can. Soaking is said to break down the phytic acid, which will promote better nutrient absorption.

If you don't have time to soak, there's really no need to worry. And remember, toasted buckwheat (or kasha) never needs any soaking at all.

How Do You Eat Buckwheat?

Wondering how to eat buckwheat? Start with buckwheat pancakes and work your way up to dinner dishes and desserts. See the videos below for everything you need to cook with buckwheat.

For this vegan banana buckwheat pancake recipe, you'll need buckwheat flour rather than whole buckwheat groats. Don't worry, buckwheat flour is usually easy to find in the supermarket. You'll also be using cornmeal, chia seeds, soy milk, coconut oil and other ingredients your local market should carry. This recipe also calls for maca powder, but in our opinion, it's totally optional.

How else can you use buckwheat? Why, vegan risotto, of course. This is a really delicious way to eat buckwheat groats. You'll need veggies like leeks, onions, celery and greens as well as veggie broth. (Note that the recipe mentions you can use chicken broth, but we won't be doing that. Chicken broth is a no-go for vegans.)

Buckwheat can also be used in crepes (these crepes happen to be gluten-free for gluten-sensitive diets). This recipe uses some specialty ingredients like rice flour and arrowroot powder, but for the most part, the ingredients aren't hard to find. Your crepes will be topped with a rich chocolate sauce made with tahini, dates, soy milk, maple syrup and cocoa powder. Fill them with fresh fruit and enjoy.

Though less utilized than wheat and oats, buckwheat makes fabulous breakfast, main meal and dessert material. Buckwheat pancakes are nutty, rich and wholesome, and we definitely suggest giving them a try. Really, though, almost anything you'd use standard grains and grain flours for can be made with buckwheat. Once you start cooking and baking with buckwheat, you'll wonder how you ever got along without it.