Looking to learn about vegan microwave popcorn? You're in the right place!

Although there are most likely more out there, we’ve found the following brands to have vegan ingredient statements. Please note that ingredients and nutrition labels do change and you’ll always want to double check before buying!

As usual, this doesn’t necessarily mean that they are healthy as they still have added fat and sugar. If you’re looking for a healthier snack, you’re better off with plain popcorn.

If microwaves are a regular part of your cooking routine, you may want to check out our picks for the best microwave toaster oven combo. 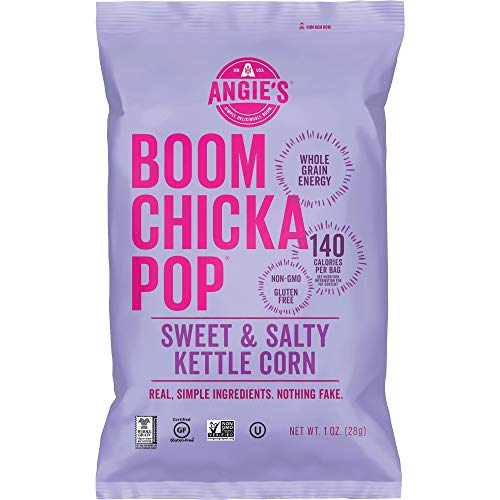 They even went as far as to put Vegan on their packaging which we thought was awesome! This brand has 70 calories per cup with 8g of sugar. 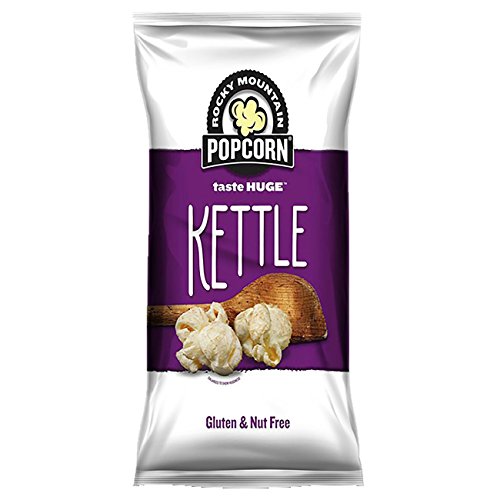 Their calorie counts and sugar content was similar as Angie’s Boom Chicka Pop with 55 calories and 8g of sugar per cup of popcorn. 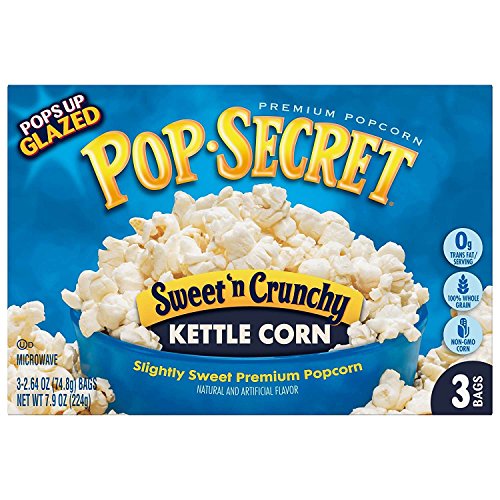 While it’s not the cleanest ingredient statement, Pop Secret’s Sweet and Crunchy Kettle Corn doesn’t have any blatantly labeled animal products in it.

The ingredient statement reads as:

It just goes to show that there are plenty of accidentally vegan products out there in places you might no expect.

If you’re going to be making your own, we highly recommend that you get a microwave popcorn popper. Yes, you can make your own on the stove without one, but if you really like popcorn, you aren’t going to want to go through that process every time. 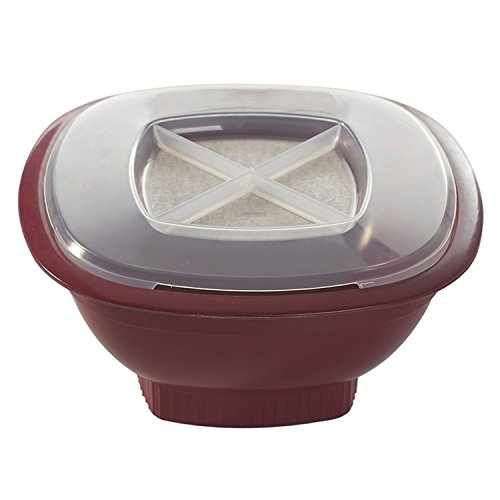 The Nordic Ware Microwave Popcorn Popper  (pictured above) is a great one to start with. You can buy the kernels separately in bulk and have kettle corn on demand in just a few minutes.

Yes! Plain popcorn (just the kernels by themselves) are vegan since they only have one ingredient, corn.

However, some brands season their popcorn with butter or other products that are derived from animals. While it is impossible to explore every popcorn brand under the sun, you'll want to check the label for dairy products (such as butter) as they are the most common.

Scroll to the to the Vegan Brands of popcorn section to learn how to make vegan popcorn on the cheap.

Yes! Kettle corn is typically not buttered like standard popcorn and most of the brands we found were 100% vegan. Even big name brands which normally put butter in their regular popcorn, didn’t seem to have it in their kettle corn. This is not to say that a non-vegan kettle corn cannot exist, so always double check the label. The most likely offending ingredient would be butter. If you’re at an event where kettle corn is being served, it’s always best to ask if real butter was used.

What is Popcorn Exactly?

As the name might suggest, popcorn is actually a species of corn. When the kernel has heat applied to it, it expands out and puffs up creating the familiar crunchy and fluffy snack that gets stuck in our teeth. It can be cooked in any sort of enclosed area which includes a microwavable bag or sealable pot or pan.

Even though we found a PETA article talking about how some movie theater popcorn may be vegan we have some concerns that it would be best to check with whatever theater you’re going to at the time you’re going.

Any sort of cheesy popcorn such as white cheddar is definitely not going to be vegan. Most of these products boast about being made with “real cheddar cheese” and are seasoning with a dried powdered version of whichever type of cheese that they use. Make sure to rule these out.

Due to recent health concerns with much of the artificial butter flavoring used in popcorn, many popcorn brands have opted to use real butter in their products, making them not vegan even if they were at one point. These products should be clearly marked as containing dairy.

BONUS: If you're looking for a small microwave oven for compact spaces, you might wanna read our guide for the Best Microwave for College Dorm Room.