Let’s start the guide, shall we?

Most of the time, licorice is indeed vegan, but there are some exceptions. There are so many different types of licorice out there from the commonly known Twizzlers and Red Vines to more handcrafted candies meant to closely resemble the flavor of actual licorice root.

When checking for yourself, be on the look out for gelatin as some recipes use it as a base for the candy.

Luckily, we’ve saved you the hassle and hand picked a bunch of vegan licorice brands below which contain absolutely zero gelatin!

According to their website, there are plenty of Twizzler products that are vegan. These include:

As always – be sure to double check when you buy because ingredients do change.

According to their website, all Red Vines products do not contain any anything from animals, making them completely vegan.

If you’ve got a hankering for some vegan licorice, we’ve selected a bunch of brands and products for you to try out.

We picked a variety of different styles of licorice because as we mentioned above, there are just so many different kinds.

As always, the potential exists for companies to change their formulation so be sure to double check before buying! 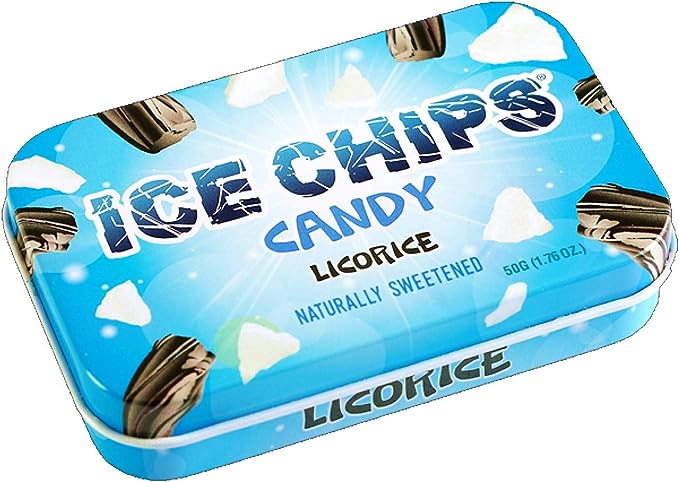 Let’s be clear about something, original licorice is flavored with the licorice root itself, but for a very long time, companies have been using very similar flavorings such as anise as a replacement/alternative. Nothing wrong with this, it’s probably just a bit cheaper/easier to source.

Anyway, Ice Chips became a popular candy after they were on Shark Tank. They don’t use any actual sugar, but rather xylitol as a sweetener. Xylitol in candies is known for not promoting tooth decay, but NEVER give it to your pets.

And don’t worry, the trace amounts of “cream of tartar” isn’t made from actual cream, it’s typically a byproduct from wine making.

This licorice candy is labeled vegan and only has 5 calories for every two pieces. 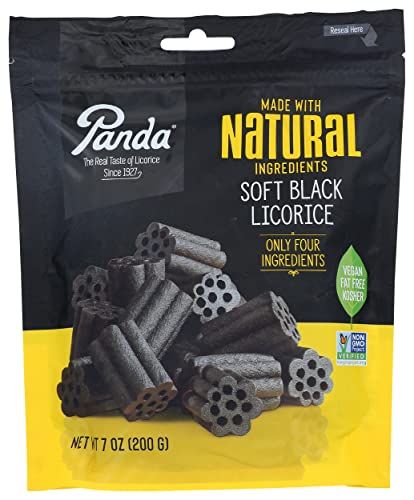 As per their tagline, the Panda brand has made it their mission to capture “the real taste of licorice”. It actually only has five ingredients according to their website – four since they double count the molasses:

They use both real licorice extract and aniseed oil as they have very similar flavor profiles. As you can see by the ingredient statement its free of animal products and even gluten.

The holes within the candy itself make for an interesting bite as it creates a bit more give than if it were completely solid.

Expect a soft bite with authentic flavor from this Finnish candy.

OK, we realize that this isn’t what you might consider traditional licorice candy, but we still felt it was worth including. Even though many licorice candies are vegan, they aren’t something that you’d want to eat all the time.

With all their processed sugar, and artificial stuff, it’s a far cry from a whole plant food.

However, if you have a licorice craving that you simply cannot quench , Simply Gum makes this gum which is great to have in a pinch with much less sugar and fewer calories. Plus, the flavor will last a lot longer than eating the actual candy!

The company intentionally uses 100% vegan ingredients including vegetable glycerin (which is usually plant-based anyway – but nice that they specified it). We always like to be extra supportive of brands and companies that do this and also talked about them on our vegan gum article. 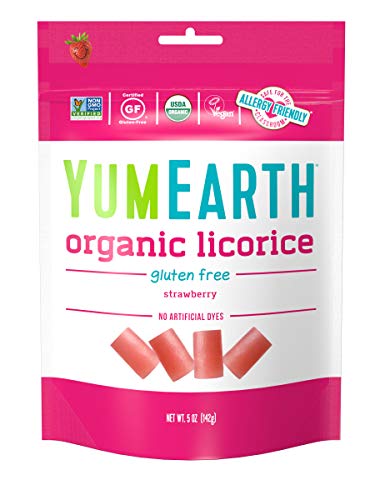 As we mentioned in our article on sugar, there exists the potential for non-organic cane sugar to be processed with bone char. While we don’t think its worth worrying about too much when picking up a candy, its nice to see when brands use specifically labeled vegan sugar like Yum Earth.

This strawberry licorice from Yum Earth is probably going to be closer to the licorice candy you’re used to than something like ice chips. It’s a bit closer to Twizzlers or Red Vines, but obviously not exactly that either. More like smaller chews rather than twisted up strands.

If you’ve got allergies, Yum Earth makes their licorice in a peanut-free facility as well. Probably a safe bet to keep on hand if you’ve got kids as you never know what types of allergies their friends may have!

If you’re looking for a candy that is actually flavored with real licorice extract, this is the one to go for. Darrell and Lea is actually an Australian brand, but a big favorite among hardcore licorice fans in the Western world.

It’s got no labeled animal products, but one weird ingredient on the label named “treacle”. We didn’t know what that was, but upon looking it up it turns out that its simply a British term for molasses. Strange that they would separate it out on the label like that from the other molasses.

This is truly a good pick up if you love black licorice. Expect a candy that’s chewy, soft, and quite unique compared to some of the more conventional brands you’ve had in the past. Worth checking out for those who like experimenting with new flavors.