In this article, we'll explore...

Navigate This Article Using The Links Below
Is Hot Chocolate Vegan?
Vegan Hot Chocolate Mix Brands
Which Can You Find in Stores?
What Ingredients to Look Out For?
Do You One to Add?

From our research we found that there are many hot chocolate brands that aren't vegan, but there are also plenty that are!

So the answer is it depends.

But you should always omit the marshmallows, unless of course you were going to get some vegan ones!

Here are the best vegan hot chocolate brands we could find.

The only exception is the Ghirardelli cocoa powder, because it's massively popular as a hot cocoa mix and we felt it shouldn't be left off the list. 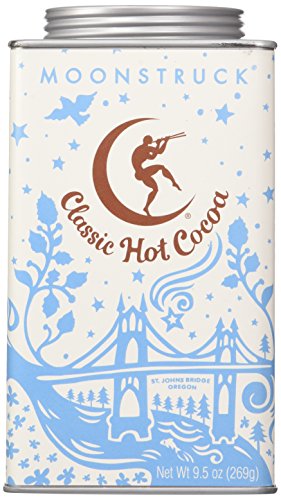 Moonstruck is a popular brand on the market that makes simple, tasty hot chocolate mixes. Their packaging is cute, and they also do a range of chocolate blocks. They have three mixes, all of which are vegan: Classic, Mayan (which is flavored with almond and cinnamon), and Dark. 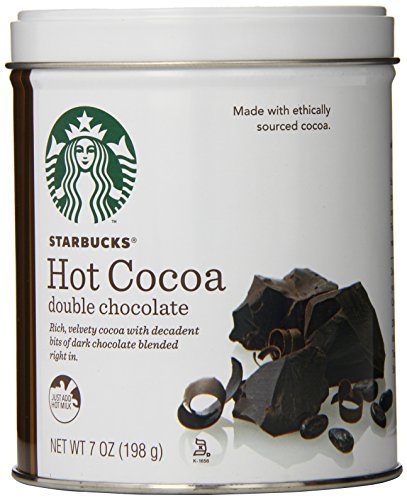 Starbucks has a couple of hot cocoa mixes, both of which are accidentally vegan. Because they’re accidentally vegan, you’ll need to make sure that the ingredients haven’t changed when you go to buy these products. Their two vegan options are the Mocha Powder and the Double Chocolate Hot Cocoa. 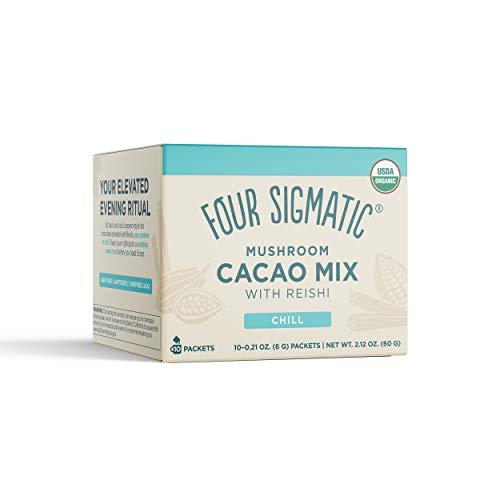 For healthy options, there’s Four Sigmatic. The products from this company are less indulgent hot cocoas than healthy, before-bed drinks that are made with mushrooms (yes, mushrooms) to help reduce stress, prevent headaches, and relax you. They’re labelled vegan, so if you’re looking for a way to de-stress and you love chocolate, give the Mushroom Hot Cacao Mix – either with Reishi or with Cordyceps – a go. 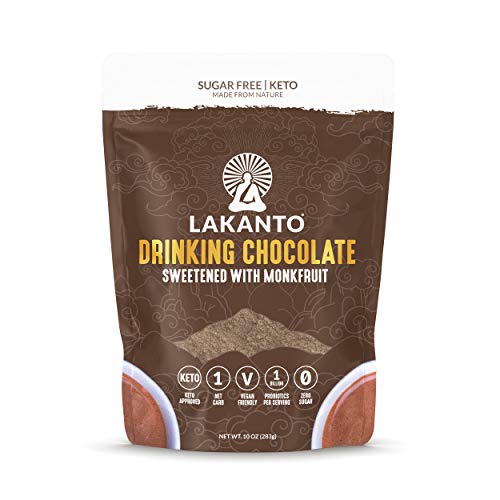 Lakanto is another brand that offers a healthier alternative to hot cocoa. Their Drinking Chocolate is vegan, probiotic, zero calorie, sugar free, and made with monkfruit as a sweetener instead of stevia – so if you don’t like the taste of stevia, this is a great alternative. 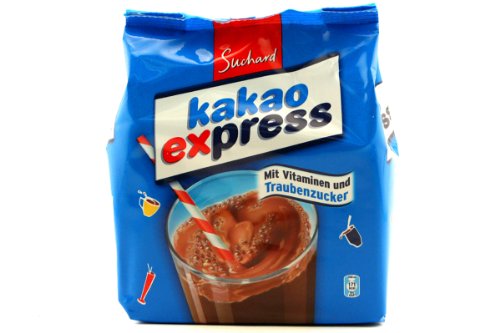 German brand Suchard offers Kakao Express, which is a classic cacao mix that is listed as vegan.

As mentioned, this list has one pure cocoa powder: Ghirardelli, which makes chocolate blocks and high quality cocoa powders. One of these poweders, the Sweet Ground Chocolate & Cocoa Powder, is a popular favorite. It’s described as being rich and full of chocolate flavor, but not sweet; when making your own hot cocoa, you can add sweetener if you would like.

Which Can You Find in Stores?

There are a couple of brands to look out for in stores. Most are accidentally vegan, so make sure you check the ingredients every time you buy - they can change. Use any of the store locators below to see if you can find them near you!

Ghirardelli is the obvious choice. Their numerous accidentally vegan options can be found at plenty of stores, including Walmart and Target.

If you're on the west coast, look out for Cacoco, which has an assortment of hot cocoa mixes that are often vegan. Cacoco is found in natural health stores and in Whole Foods.

NibMor does a range of hot cocoa mixes, which are almost all vegan. They can be found at various stores across the country.

There are undoubtedly plenty more accidentally vegan options - read the back of some labels and you're sure to find something you love. If all else fails, you can pick up some plain cocoa powder or chocolate bar and melt them into some plant milks!

What Ingredients to Look Out For?

There is only one main ingredient that you need to look out for, and that is common in many cocoa mixes: milk. This can be found under myriad of different names, including 'whey', 'milk powder', and the vague 'dairy ingredients'. Most countries require allergens to be listed at the bottom of the ingredients list, so it's quick to look here to see if there's any milk present. However, you should always look over the ingredients just to be sure.

Other additives may not be vegan. Niacin, which is listed in many hot cocoa mixes, can be sourced from non-vegan products. However, given that there's only a slim possibility that it is non-vegan, and it's such a small component of most mixes, we recommend that you don't worry too much about it. It's better to be 99.9% vegan than 0% vegan, after all - don't sweat the small stuff like sugar either.

Do You One to Add?

If you know of a vegan hot chocolate brand that should be on this list, then please let us know in the comments!

We love discovering new vegan products and letting others know about them.