Frosting is a bit of a mystery. Most people love it, but don't really know what's in it. But don't worry - vegan frosting brands do exist! 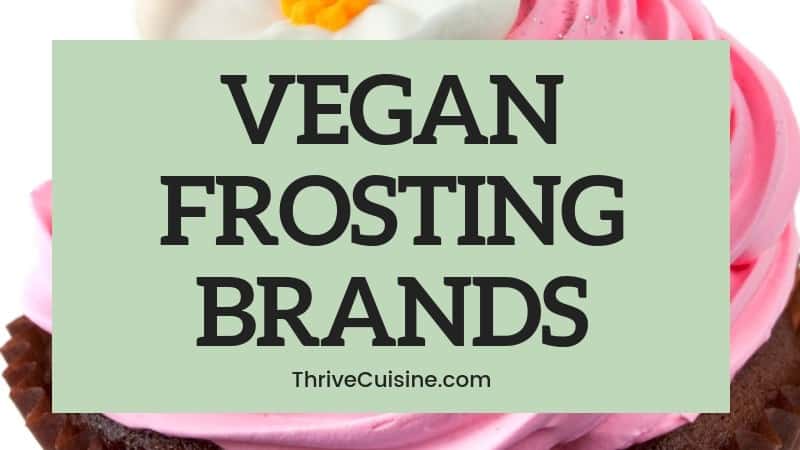 This guide was created for you! You'll learn:

Navigate This Article Using The Links Below
List of Vegan Frosting Brands
How to Find Frostings in the Store
Is Frosting Usually Vegan?
What Ingredients to Look Out For in Frosting?
Is Frosting Healthy Just Because It's Vegan?

If you're too busy to run to the store or interested in getting some of the specialty vegan frostings, we've compiled them below. The two popular brands (Pillsbury and Duncan Hines) are likely to be found in your grocery store, so you can add them to your shopping vegan list if you're running out.

We wanted to give a little disclaimer though: if the product isn't specifically advertised as Vegan (such as the Dollop brand), the company could change their ingredient statement at any time to something non-vegan, so we always recommend double checking!

Anyway, onto the frostings!

Dollop is a new range of gourmet frosting that is all advertised vegan. It comes in multiple flavors including…

If you're familiar with this frosting brand its because it was on Shark Tank! It was presented to the Sharks as a healthier version of frosting and was actually fought over among Kevin and Barbara. Barbara ended up making a deal with the owner, Heather Saffer, and the rest is history! 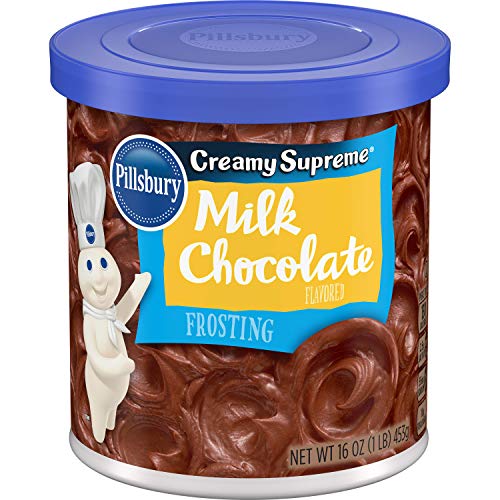 You probably know Pillsbury – their frostings are found just about everywhere, and come in as many flavors as you could wish. They’re also very affordable and have a very “dirty” ingredient label – but, if you’re looking for frosting, this probably isn’t high on your priorities list. Believe it or not, almost all of their frostings are vegan! We haven’t found a single one that isn’t, and that’s not from lack of trying.

Obviously, all of these ranges have more products that aren’t listed here; these are just the most popular. And yes, even the marshmallow flavors didn’t have any gelatin in them which was quite a surprise.

Be sure to double check Pillsbury frostings before buying, because they certainly aren’t a vegan company. 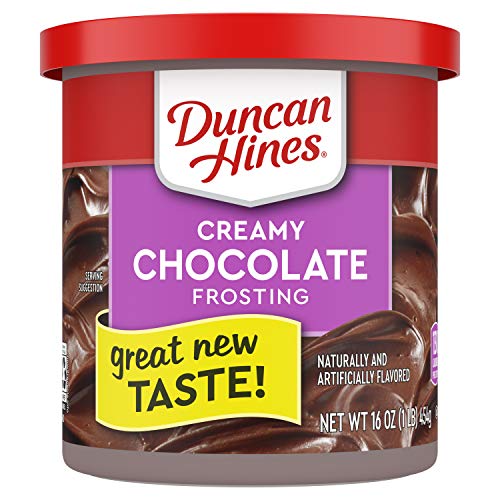 Duncan Hines is another well-known frosting brand and, like Pillsbury, almost all of their products are vegan. Unlike Pillsbury, we could find a few exceptions, like milk chocolate or strawberries and cream. For the most part, however, Duncan Hines offers great accidentally-vegan options.

Again, just be sure when buying these products that you check the ingredients – they can change at any time and Duncan Hines isn’t a vegan specific brand. 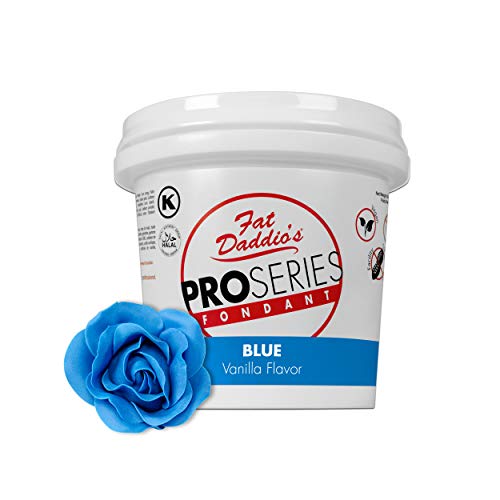 There’s also Fat Daddio’s, which is an advertised vegan fondant – so it’s unlikely to change ingredients. It comes in five bright colors…

How to Find Frostings in the Store

There are few brands that can be found in stores that are specifically vegan. You can find Dollop at Whole Foods and certain other health food stores. Fat Daddio's has a wider range of colors than available online, and is found throughout specialty baking stores across the country.

For accidentally vegan options, the two best brands are Pillsbury and Duncan Hines - they have even more flavors than are listed above, though as mentioned you'll need to check the ingredients in person each time you buy, because it's likely that they could change. Duncan Hines is found at Vons, Ralph's Target as well as any of the big retailers. Pillsbury is similar and will likely be in any big retail outlet.

Sometimes, but not always. There are plenty of vegan frosting products out there, but there are a great deal that aren't. Beware of buttercream or cream cheese frostings which typically contain milk and/or eggs. Some frostings contain a random amount of gelatin in them as well.

What Ingredients to Look Out For in Frosting?

There are a couple of unusual ingredients you should look out for when investigating frostings, although many of them are fairly obvious. Milk products, often listed as whey or milk solids, are most common, especially in flavors that you would expect - milk chocolate, cream cheese, etc. But don't automatically discard those flavors as being non-vegan - Pillsbury does a vegan cream cheese frosting, so there's a chance other brands will too.

Finally, there's palm oil, which is a debatable item on the topic of veganism. Although it's plant-based - it's derived entirely from the palm plant - palm oil has received criticism in recent years for the way in which it is sourced, which often requires cleaning rainforests.

It's up to you whether you consider that vegan- some do and some don't. However, since this focus could be applied to almost any other product (everything requires some level of harm), we'd advise that you don't worry about it if you're just entering veganism. You're doing much better for the rain-forests than most people, even if you are consuming palm oil. In addition, abstaining from additional products beyond those clearly not labeled with animals has the potential to turn off others from making the transition to the vegan lifestyle themselves.

Is Frosting Healthy Just Because It's Vegan?

We wanted to address this as many people automatically associated vegan with healthier. The truth is that some processed vegan foods can be just as harmful as animal products and frosting probably falls into one of these categories given the fact that some brands have hydrogenated oil in addition to loads of processed sugar.

That's not to say you can't enjoy some cake once in a while (vegan is an ethical issue - not a health one), but we just wanted to make a quick disclaimer!

Consider making homemade frosting from scratch with delicious recipes like this one!