The short answer is that it depends. Some Teriyaki sauce recipes call for honey which is a non-vegan ingredient - at least according to most vegans.

However, others are sweetened with sugar and other means.

Keep in mind that if you're out at a restaurant, it's likely that they won't be using honey. It's simply too expensive of an ingredient, so most places will avoid it.

That said, it's always best to ask your server when dining out if you want to be 100% sure. 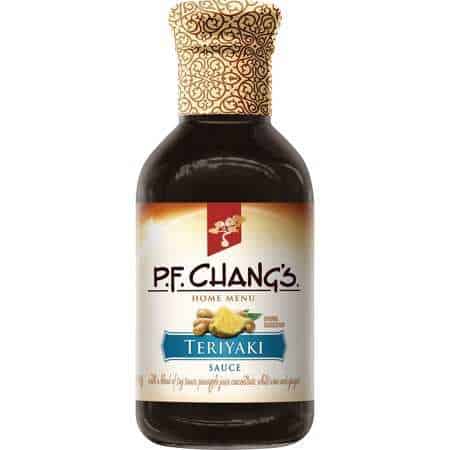 Teriyaki sauce is primarily made of four ingredients...

As mentioned, the main non-veg component in it would be the sweeter.

When you're buying Teriyaki sauce in the grocery store, the ingredient statement is going to look slightly longer and more complicated, but the base of the ingredients remain the same.

As you can see, this sauce from PF Changs doesn't have any animal products.

As we've mentioned in our other article: "Is Sugar Vegan", the addition of sugar into products may sometimes be filtered with animal by-products.

However, we suggest that you don't worry about these sorts of details and focus on avoiding all labeled animal products from your lifestyle. That's the most effective way to reduce animal suffering on an individual level.

If you want to learn more about vegan condiments, we've got tons of content that you'll find useful.

First - be sure to check out our List of the Best 25 Vegan Condiments here.