We know that tofu is a go-to vegan protein option at Chinese restaurants, but what about General Tso Sauce? 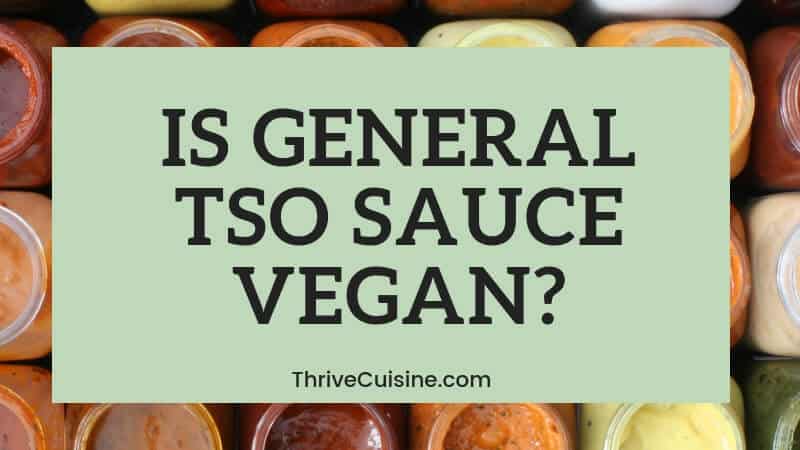 General Tso’s (also called General Gao’s) is a classic Chinese restaurant dish.Among the popular protein choices for this dish is tofu, which is vegan.But is the sauce vegan, too?

If you’re eating at a restaurant, the usual answer is yes, thoughPeta suggests you inquire about fish sauce. However, most restaurants make General Tso sauce without animal products so they can accommodate vegans and vegetarians.If they have a veg-friendly section on the menu that’s a good sign!

If you’re making General Tso’s as home, however, you’ll have to make sure that you’ve found a vegan sauce recipe.

But non-veg recipes are out there.The ones you’re likely to come across contain chicken broth, which is definitivelynot vegan.But even chicken broth General Tso’s recipes can easily be veganfied if you use a vegan chicken broth or a veggie broth.

As for store-bought General Tso sauce, you should be in the clear, as you’ll see below… 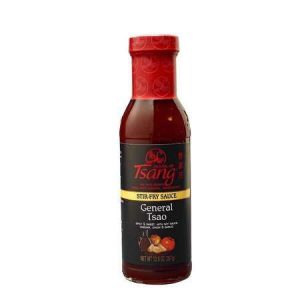 We’ll look at the ingredients for House of Tsang General Tso Stir-Fry Sauce (linked above):

Another commonly asked question about General Tso’s is…

This partly depends on your definition of “healthy.”

If you’re wary of sugar, you might want to skip the store-bought sauce and cook up some General Tso’s at home using less sugar.You can also substitute regular sugar with stevia or coconut sugar or even some whole dates to sweeten it.

If deep-frying is a no-no for you, try baking or sautéeing the tofu in a little olive, grape seed or canola oil instead.Ask for steamed tofu when eating out.

While there’s no reason to assume that the General Tso’s Tofu at your favorite Chinese place isn’t healthy (if you ask for steamed tofu), the sauce might contain a fair amount of sugar.MSG is sometimes added to General Tso sauces, too, but unless you’re one of thefew people who have short-term reactions to MSG-containing foods, research has shown it to be perfectly safe.If MSG is a concern for you, be sure to ask your server.

Use your best judgment when it comes to making healthy choices, but the few tweaks we’ve covered can help you indulgeandavoid the guilt.

The fact is, if health is your goal you need to be eatingmostly whole-plant foods, but it’s okay to splurge a little bit here and there.

Find other instant vegan classics on our list ofcondiments for the vegan kitchen.

If you’d like to know more about living a sustainable vegan lifestyle, see download the ThriveCuisine shopping list with tips on food prep, nutrition and more.