Do you have questions whether skittles are vegan or not? We’ve got the answers that you’ve been seeking 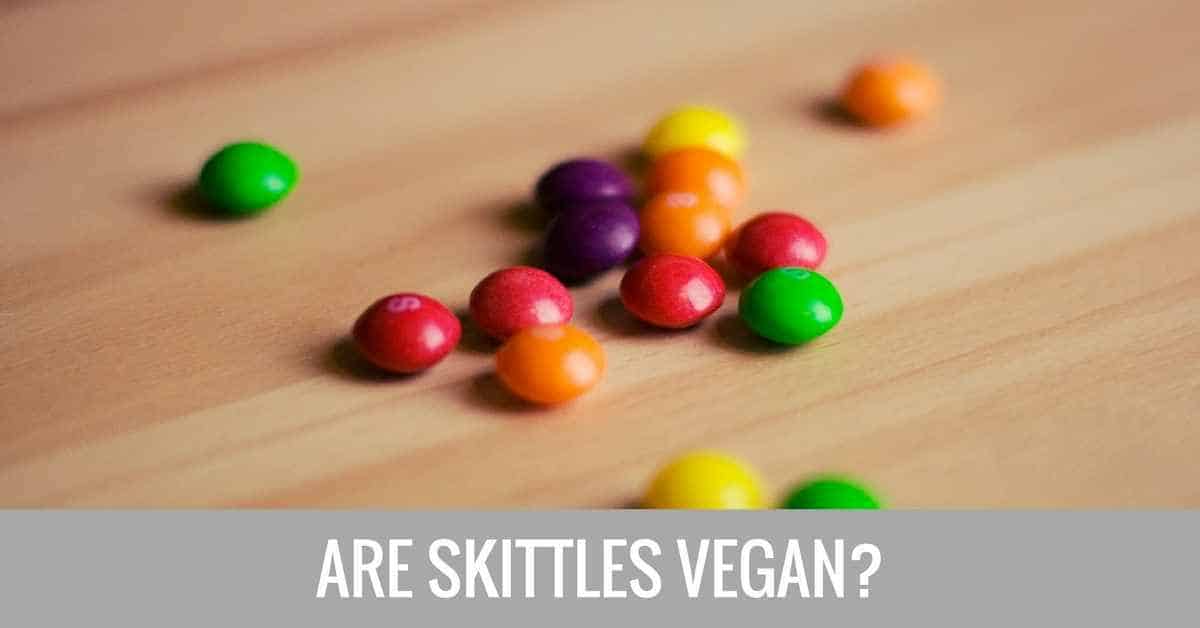 In this article, expect to find the following…

​Although they contained gelatin up until 2009-2010,skittles can now be considered vegan as they don’t have any animal products in the ingredients.This includes all of the flavors listed on the Wrigley’s website (1).However, there is some controversy about skittles which we will cover in detail below.

Having trouble starting a plant-based lifestyle or simply want some new ideas?

​It will also help you keep organized and save some money!

What Are the Ingredients?

There are also several other Skittles flavors, but the ingredient statements don’t change all that much and there weren’t any other controversial ingredients worth noting.

As you can see, there are no animal products, but several ones that are controversial within the veg community.However, thisdoes not meanthat you should necessarily give up skittles without considering the entire picture.These controversial ingredients are:

Why is the Sugar Controversial?

The sugar in any candy is controversial because some cane sugar in the supply chain is processed with bone char as a whitening agent.Whether or not this is the case with skittles is unclear.Many big candy  manufacturer’s wouldn’t even know themselves as they have a variety of sugar suppliers that they source from.Our position is that vegans should befocusing on giving up all labeled animal products first and foremostandencouraging those around them to do the same.

Why is the Palm Oil in Skittles Controversial?

It’s not so muchpalm oil in itself that is controversial, but rather thepractices of the palm oil industries. The ethics surrounding palm oil are not all that clear cut, but in a nutshell, clearing land for palm oil plantations is causing lots of deforestation and destroying the homes of orangutans.But what is thedriving cause of deforestation?

According to theUnion of Concerned Scientists the absolute biggest driver of deforestation isclearing forests for beef cattle pastures and soy being used for animal feed. If humanity was able to give up its addiction to animal products and abolish the animal agriculture industry, there would be a lot more room on the planet to produce palm oil in an ethical fashion instead of fighting over a shrinking amount of land resources.

At the end of the day, your most important task as a vegan is to give up all labeled animal products.Taking on extra tasks such as the sourcing of single otherwise vegan productssuch aspalm oilorsugar can actually be counterproductive to the movement for the following reasons:

Should We Still Eat Them?

At the end of the day, it’s up to the individual person on how far they want to take veganism.All ingredients (including whole plant foods) cause some sort of suffering, but the goal of veganism is to reduce the amount of animal suffering and death as possible.

We think that eliminating your consumption of labeled animal products (meat, eggs, dairy, fish, etc.)is going to have the most drastic impact on the animals and the planet.Ingredients like palm oil and sugar (although important)should be considered secondary, so don’t worry about it if it makes veganism too hard to follow.

2 thoughts on “Are Skittles Vegan (Yes, But Beware of These Ingredients…)”