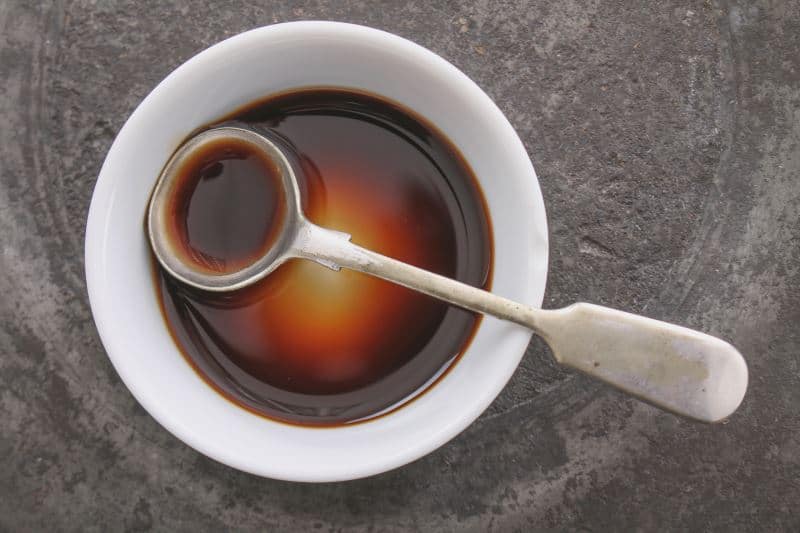 Worcestershire sauce balances sweet and savory flavors. It's slightly salty in a way similar to soy sauce, a bit tangy like vinegar, and deeply earthy and sweet like molasses. There's also a certain barbecue essence to it, roasty and zesty.

The number one thing to know about traditional Worcestershire sauce is that it is not vegan. This is because it's made with little fishes called anchovies.

However, vegan Worcestershire sauces do exist, so if you're looking for some, you can certainly find it on Amazon or in certain grocery stores.

If molasses is on the ingredients list, you can probably figure that it's going to be more viscous. If you prefer a thicker sauce, you can boil it a little to make it similar to a reduction.

What Does Worcestershire Sauce Go on?

What is Similar to Worcestershire Sauce?

If you don't have any vegan Worcestershire, there are ways to mimic the flavor in your cooking. One way is to make a homemade version with garlic, lime, soy sauce, vinegar and molasses.

Alternatively, you can use tamarind paste, soy sauce and sweetener. It can be a little difficult to get the flavor down, but it's far from impossible.

Do You Keep Worcestershire Sauce in the Fridge?

Before you open a bottle, vegan Worcestershire sauce can be stored on the shelf, preferably in a cool location like inside a cabinet or pantry.

After you open the bottle, you should keep it in the refrigerator to preserve it for the longest time possible. However, it's probably not the end of the world if you leave it out. Check individual labels for directions as some may require refrigeration and others may not.

Need a recipe for vegan Worcestershire sauce or ideas of how to use the bottle you bought? Check out the videos below.

This video demonstrates how to make a complex-tasting vegan Worcestershire sauce unlike anything you've ever tasted. It is fairly detailed in terms of ingredients, incorproating apple cider vinegar, tamarind, molasses and a variety of spices, but all you'll need is a blender and a sauce pan to make it.

In this video, you'll learn how to make vegan buffalo sauce with Frank's RedHot Original, vegan butter, garlic powder, salt and a dash of vegan Worcestershire. Pour it over oven-friend tofu, cauliflower or broccoli bites.