In this short article, we're going to cover what white pepper taste like along with a few other facts and tips that you'll be interested in... 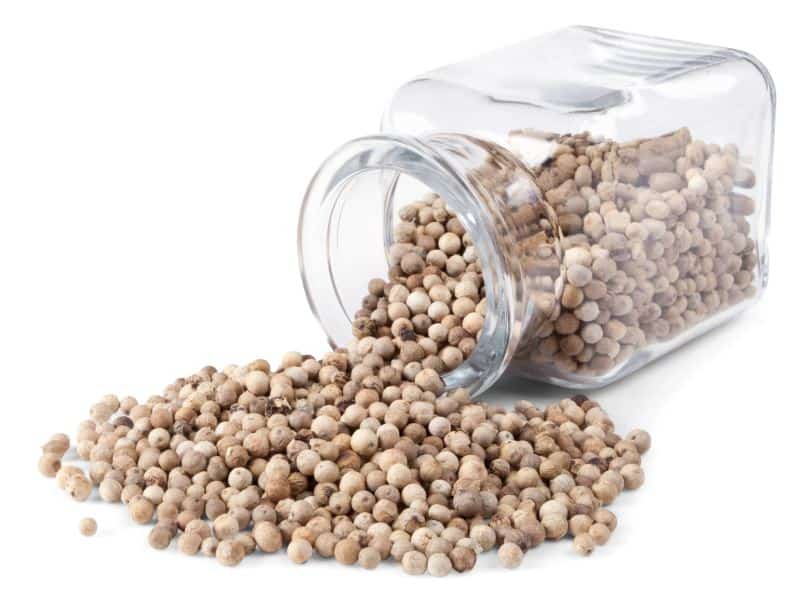 Most people are familiar with the taste of black pepper and assume that white pepper will taste similarly. While they are both fruits of the pepper plant, white pepper is less complex tasting than black, but tends to be hotter.

There are fewer flavor notes in white pepper, and it can vary from being pungent to more floral and fruity.

Some people who have tasted white pepper think that it tastes earthy, which can bring a very interesting flavor profile to a dish, especially when you want to highlight additional earthy spices, such as cumin.

Can I Replace White Pepper with Black Pepper?

It’s normal to think that you can easily swap these two peppers for each other when you’re cooking, but due to the difference in flavor and smell, it’s important to be careful when doing so.

It is possible to use black pepper in place of white pepper, although the final dish will likely be much more aromatic and have a deeper and more developed spicy heat than if white pepper had been used.

This means that if your recipe calls for a lot of white pepper as an ingredient to provide a lot of flavor to the dish, but not the heat, then it’s not advisable to swap the two.

While most people do not notice any strange smell when using white pepper, there are some cooks who pick up on a harsh undernote when smelling the peppercorn. This is the same molecule that is found in shiraz white and is known as rotundone.

What Is White Pepper Made From?

White pepper is made from the same pepper plant that is used to make black pepper. In fact, it is the same fruit of the pepper plant, but the difference in the two comes after harvesting. While black peppers are harvested and the skins are kept on the peppercorn, when white pepper fully ripens and then it is harvested, it goes through another step before being ready to be sold and used in cooking.

As you can see, white pepper deserves a place in any kitchen, as this is a useful spice that will allow you to coax different flavors from your meals. By understanding the difference between these two different types of pepper, you can more easily understand the drawbacks of white pepper.

Using white pepper is a great way to change the flavor of a dish, and it’s important to consider the overall flavor profile when doing so.