Have you wondered why you couldn't make your own snow cones out of all the free snow in the winter? In this article, we're discussing that and more, including what this wintry precipitation tastes like, safety precautions and recipe tips. 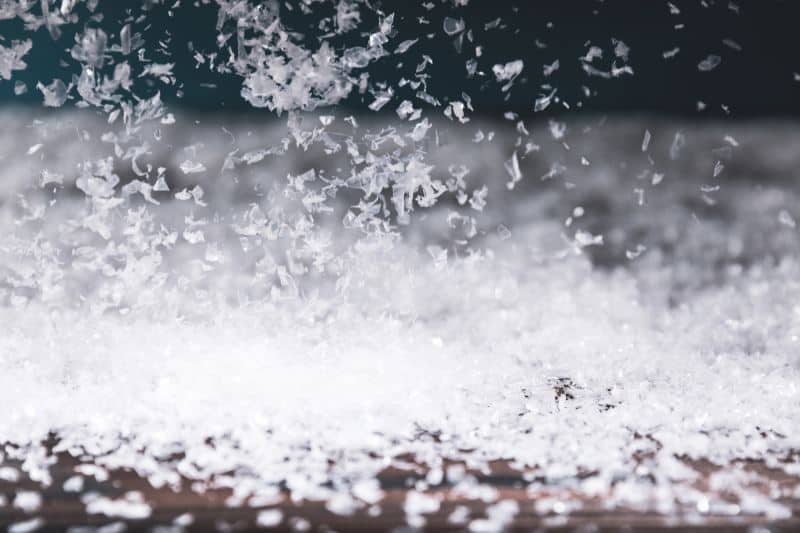 Navigate This Article Using The Links Below
What Does Snow Taste Like?
Snow Texture
Can You Eat Snow?
Snow Recipe Tips
Wrap Up

Most people have stuck their tongue out at some point in their lives to catch a little snowflake as it's coming down. Others remember scooping up a handful and eating it as kids.

The thing about snow is that it really doesn't have a taste you can describe. It's essentially flavorless, though it reminds people of the crisp smell of winter air with a slight metallic quality.

The texture of snow will vary with type. Light, puffy snow that drifts gently to the ground will be fluffy, airy and soft while heavier, rain-like snow will be more watery or even icy, melting rather quickly.

Snow becomes more compact when it's on the ground. It can get very dense and icy, especially over the course of a few arctic nights.

Can You Eat Snow?

There are various answers to this question on the Internet. From what we've found, it's probably not the best idea to eat snow from the ground as it can be contaminated with hazardous road waste, animal droppings, etc.

Collecting snow directly from the sky before it hits the ground is your safest bet, but there's still a chance that it could be mixed with air pollutants. We suggest that you read up on safe practices before getting into snow culinary arts.

And of course, don't eat the yellow snow!

Now that we've talked about safety, we can get into the fun foods you can turn snow into. Ever heard of snow ice cream?

This ice cream recipe is made with fresh-fallen snow, coconut milk, vegan sweetener, vanilla extract and sea salt. In this video, it's prepared with snow from the roof of a car, which we don't recommend, but to each their own.

This recipe is like a strawberry crushed ice snow cone, though it uses blended ice cubes rather than snow. You can just replace them with fresh snow to get a finer, lighter texture.

Blend these ingredients for the sauce:

As long as you take the right safety precautions, you can eat snow! It's a pretty flavorless substance, but its fluffy texture is a real treat in snow ice cream or homemade snow cones with fruit sauces. Dee-licious.