In this short article, we're going to answer some of your most common questions on parsnip - including the ever so popular one: What Does Parsnip Taste Like? 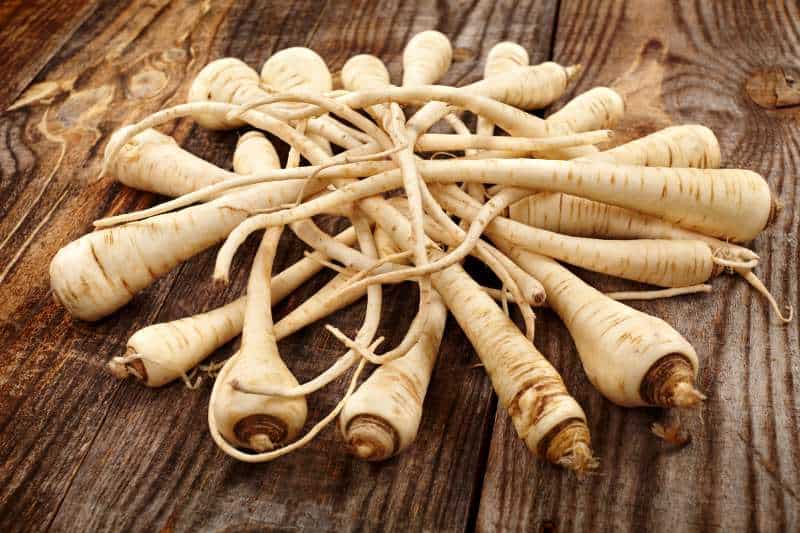 Let's get to the parsnip...

The easiest way to describe what a parsnip tastes like is a cross between a potato and a very mild carrot. Parsnips can be described as earthy, but also bright-tasting at the same time. They're slightly sweet and also have hints of herb since they're related to parsley.

Check out the video above for an extremely detailed description from an adventurous kid!

The texture of a parsnip will greatly depend on how you cook it...

While they have similar texture, a parsnip doesn't taste like a turnip. Parsnips have a sweet flavor profile while turnips tend to be slightly bitter. For context, a turnip tastes similar to a radish.

What Pairs Well with Parsnips?

Here are a few videos to illustrate greater detail...

In the video above, it shows how easy it is to puree parsnip into a creamy soup. throw some chives or scallions on there and you're good to go!

As mentioned, roasting parsnips paired with herbs is a great way to serve them. This video is the best demonstration we could find to do it in a way that best brings out their flavor and texture.

If you were waiting for the way best way to make sweet parsnips - well here it is! These maple roasted carrots and parsnips are a great thing to serve on holidays. People will forget that they're eating vegetables!

Can You Eat Raw Parsnip?

Most of the time, parsnips are eaten cooked, but sometimes parsnip can be eaten raw in a salad. Thinly shaving down the parsnip or finely grating is ideal if you're going to eat it raw.

This raw parsnip salad gives you a good idea of how to prepare it...

Do note that the chutes and leaves of a parsnip are considered toxic. So if you're getting them whole (most of the time only the root is sold), that's something to be mindful of.

Whether you're going to boil it, roast it, saute or puree into a soup it's a delicious and often underestimated root vegetable.

Did you know that you can even use a vegetable noodle maker - like one of these - to make veggie noodles with it?

Use them as a healthier whole food replacement to regular pasta.