Chai lattes are often advertised on the menus of cafes, restaurants and coffee shops, but if you're not really familiar with them, there are certain things you need to know before you try them. We'll give you the scoop on the taste and texture as well as serving tips to make your chai latte the best ever. 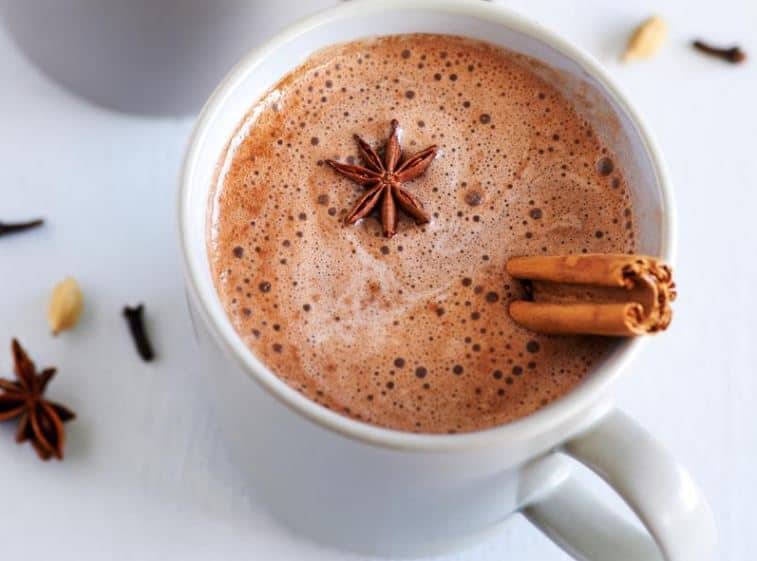 Whew! Now that we've gotten that out of the way, we can talk about taste. Vegan chai lattes are absolutely delicious. They're sweet and often a little spicy with ginger, nutmeg, cinnamon, cardamom and black pepper.

Many chai lattes are made with vanilla, too, so that flavor is usually very noticeable. Chai lattes tend to be richer in flavor than regular chai tea as the chai latte tea is usually concentrated.

Like other lattes, chai lattes are richly creamy with a layer of thick to airy foam on top. They're usually a little heavier than regular chai teas prepared with plant-based milks.

The texture of the foam has a lot to do with what kind of milk you get. For example, denser milks like cashew and macadamia nut milks will produce heavier foam while almond and soy milks are more likely to make lighter, more bubbly foam.

This is the first thing you need to know about chai lattes: they're not necessarily vegan. In fact, if you order a chai latte without specifying that you'd like a vegan version, you're most likely going to get a drink prepared with cow's milk—totally unvegan.

So what's a chai latte? It's chai tea, either brewed or in a condensed mix, blended with steamed milk. The steamed milk part is the main reason you'll want to make sure you're asking for a vegan chai latte.

The second part of the chai latte that may not be vegan is the chai tea base. Some bases have honey or milk products already mixed in, so it's important to check first. If you're buying a chai tea latte that's made from scratch, there's a good chance there's no added honey or milk, but always double-check to be on the safe side.

Is There Coffee in a Chai Latte?

A straight-up chai tea latte will not have any coffee in it. It can be a little confusing because of the word "latte," which instantly makes us think of espresso. Despite the name, chai latte is simply chai tea with sweetener and the steamed milk of your choice.

Now here's where things get technical. There is such a thing as a chai latte with espresso in it. It usually goes by the name "dirty chai" or some variation of it.

Quite simply, it's a chai latte with a shot of espresso, so: chai tea, sweetener, steamed milk and espresso. A little nuttier and smokier than a sweet chai latte, it's a beverage that has gained a huge amount of popularity in recent years.

Starbucks has a chai latte on its menu, but unfortunately, it's made with a concentrate that contains honey, so it isn't vegan.

However, if you're at Starbucks, you can make your own version of an iced chai latte by asking for the brewed Teavana chai tea, a cup of ice and some soy milk. They may even make you a hot chai latte with steamed soy milk and the Teavana tea bag instead of the concentrate if you ask very nicely.

Make Your Own Chai Latte at Home

Making chai lattes at home is a cinch. If you like, you can buy a premade vegan chai tea concentrate and just add steamed plant-based milk. For best results, we suggest making your own chai tea latte base from scratch. This gives you the ability to tweak the spice levels to your liking, and you'll definitely taste a big difference in the fresh stuff.

With the help of this video, you'll be learning how to make a vegan golden chai latte with loose leaf chai tea, turmeric, cinnamon, soy milk and maple syrup. If you don't have a frother, it's totally fine—just heat the soy milk in a saucepan on the stove.

Here's a way of making a chai-spiced vegan latte at home with freshly ground spices, almond milk and agave nectar.

If you haven't had a chai latte and you're a fan of sweet, spicy things, you're in for a happy experience. If you're ordering out, just make sure that both the chai tea base and the milk you're getting are vegan. Order a dirty chai with an espresso shot for the best of both the chai tea and coffee worlds. Don't forget to try your own homemade chai lattes! You may never go back to the store-bought kind.