In this article, we're going to cover beet taste, texture and give you a few creative ways that you can eat these red root vegetables... 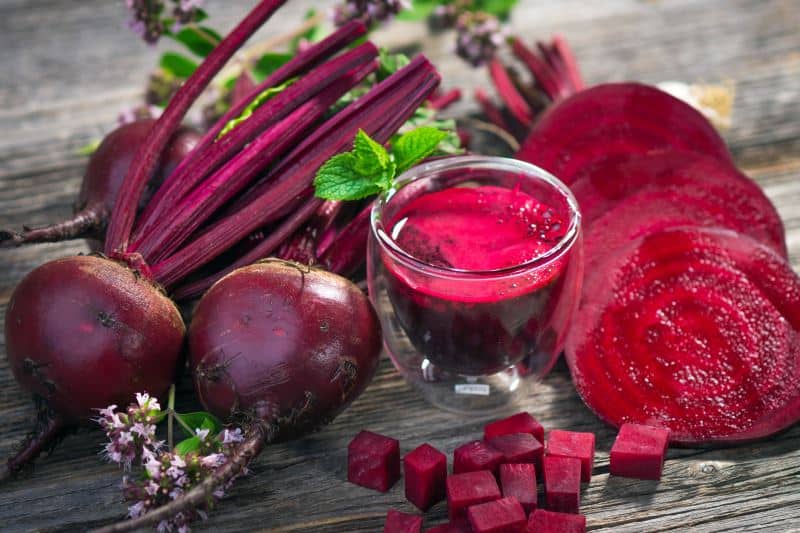 Let's begin, shall we?

Navigate This Article Using The Links Below
What Does a Beet Taste Like? Are They Sweet or Bitter?
Beet Texture
What Do Yellow Beets Taste Like?
What Color Are Beets Naturally?
Do Beets Taste Like Corn?
How Do You Eat Beets in a Can?
Wrap up

What Does a Beet Taste Like? Are They Sweet or Bitter?

In general, beets do not tend to be bitter, but they can be earthy, which is a flavor that not everyone is fond of.

While many people fear that beets will be dull tasting and will taste muddy, they actually have a sweeter flavor when they are raw that deepens and becomes more earthy as they are cooked.

Raw beets are very crunchy and often compared to carrots. This means that they can add a crisp and enjoyable crunch to your meal if you julienne them, don’t cook them, and then add them to your dish.

Cooking beets completely changes the texture and makes them very soft and creamy. Much like cooking other root vegetables, such as potatoes, parsnips, and carrots will soften them, cooking beets will allow you to easily puree them, if desired.

Yellow, or golden, beets are a little bit sweeter than their red counterparts. They are also much less earthy in flavor, which makes them popular with people who are interested in trying beets, but are turned off by their reputation of having a dirt taste.

Yellow beets are also much less intense than red beets are, so while they will have an earthy aftertaste, it is not nearly as pronounced.

What Color Are Beets Naturally?

Many people are surprised to learn that beets come in a wide variety of colors than simply the traditional red beets that so many people are familiar with. In fact, you can easily buy or grow beets that are:

While both corn and beets can tend to be sweet, beets do not taste like corn. They are not nearly as starchy as corn is, and while both can be crunchy, the texture is completely different.

In addition, beets do not have the individual kernels like corn does. This means that beets won’t have the same mouthfeel as corn does, either.

How Do You Eat Beets in a Can?

No matter if you can’t find fresh beets where you live or are worried about dealing with the mess that beets can cause in your kitchen, canned beets are a great alternative for many recipes.

In this video you can see how easily you are able to use the bright red color of canned beets to make delicious red velvet cupcakes.

This video will give you more ideas about how versatile canned beets are, inspiring you to make your own beet hummus.

No matter if you have fresh beets in the garden or a can or two hidden in your pantry, including beets in your diet is a great way to enjoy the unique flavors of this root vegetable. While they can taste earthy, beets have an undeniable sweet taste that makes them ideal to use in main dishes, in sides, and even pureed and hidden in desserts for a beautiful color and natural sweetness your family will love.