You may have come across poppy seeds on bagels or cookies and wondered what they taste like. As it happens, that's exactly what we're going to talk about in this article. We're covering taste, texture, recipe tips and some common questions people have about these mysterious little seeds. 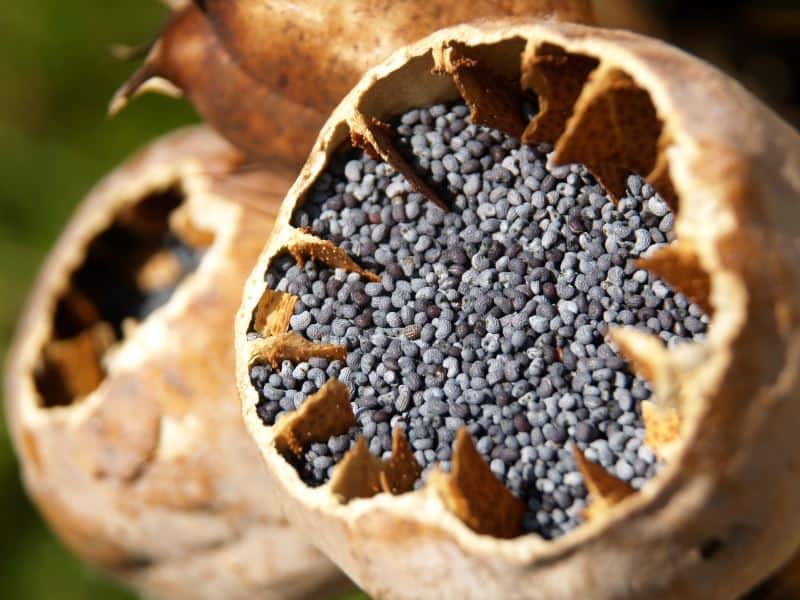 Navigate This Article Using The Links Below
What Do Poppy Seeds Taste Like?
Poppy Seed Texture
Is It Safe to Eat Poppy Seeds?
Are Poppy Seeds a Spice?
What Can Be Used Instead of Poppy Seeds?
Using Poppy in Your Recipes
Wrap Up

On top of vegan baked goods, poppy seeds can be difficult to taste. You really need to try them by themselves to get an idea of the flavor.

Poppy seeds are vaguely nutty, perhaps even a little bit woody. Even plain, poppy seeds are extremely mild in flavor, which is why they're used so often as a versatile topping—for the texture.

People love the crunchy texture of poppy seeds. They're somewhat crackly as you bite into them, making them perfect for contrasting textures in soft baked goods.

Because the seeds are so small, they can easily get stuck in your teeth, so you might want to have some water handy to swish around in your mouth and dislodge any lingering seeds.

Is It Safe to Eat Poppy Seeds?

It's commonly believed that poppy seeds aren't safe for human consumption. This has to do with where poppy seeds come from, the opium plant.

Poppy seeds are thoroughly washed after extraction from the opium plant before being packaged for retail sale. That being said, there can be traces of the opiate milk on the seeds, but it's not a dosage that will cause any drug-like effects. This is why poppy seeds are allowed to be used liberally on bagels and confections and sold in the supermarket.

So, if you want to try a vegan treat with poppy seeds on it, don't worry. It's totally harmless and safe for you to eat.

Are Poppy Seeds a Spice?

Because poppy seeds have such a gentle flavor, it can be hard to imagine them as spices. However, poppy seeds are not eaten as they are, but rather used as a spice.

The most popular way of using poppy seeds is as a topping, though they may be mixed into certain recipes, scattering the "spice" throughout.

What Can Be Used Instead of Poppy Seeds?

There isn't a particularly great substitute for poppy seeds, but you can try sesame seeds in items like sweet and savory breads, though sesame seeds do have a stronger flavor.

As poppy seeds are nutty, you can also use hemp seeds or any other small, nutty seed instead. If it's the crunch you're after, chopped almonds might work better.

Using Poppy in Your Recipes

Poppy seeds are often combined with citrus to make sweet and tangy salad dressings and desserts, as you'll see in the videos below.

This is a video that will show you how to make homemade lemon poppy seed dressing without sugar or oil. It's zingy and fresh-tasting. Just mix together these ingredients:

For breakfast on the go, here's a recipe for lemon poppy seed muffins. You'll need lemon juice, flax, soy milk, applesauce, vanilla and other vegan ingredients you might already have in your kitchen.

If you're nervous about poppy seeds, rest assured that they're totally harmless and will not create any drug-like effects eaten normally. The only real issue that will come up with poppy seeds is an allergy if you have one. There's not much of a taste to these little seeds, but the crunchy texture is very nice on bagels, breads and vegan cookies. If you're wondering what all the fuss is about, try the winning combo of poppy seeds and lemon in vegan muffins and cakes. It's pretty darn delicious.