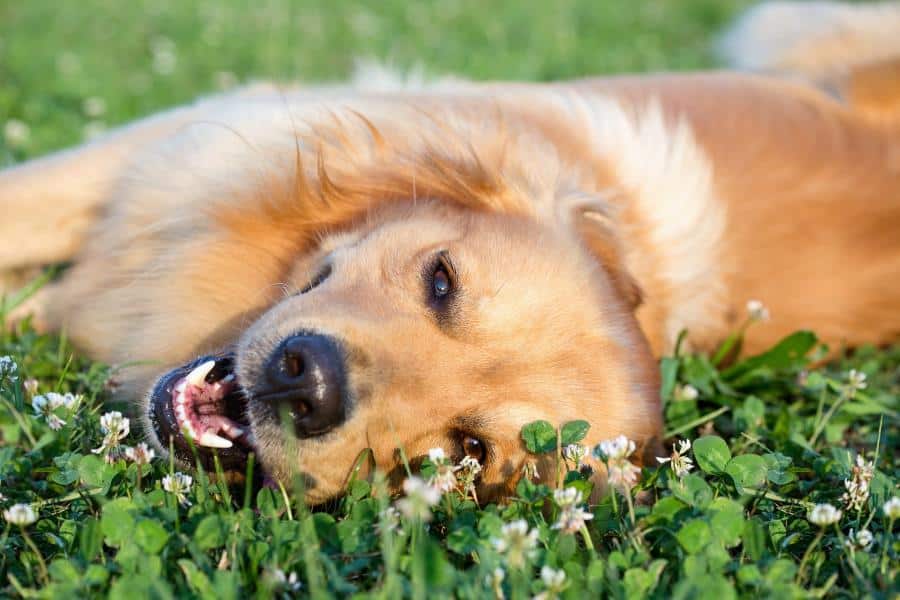 Whether you yourself follow a sustainable lifestyle or your dog is experiencing certain sensitivities, you may be wondering:Can a dog be vegan?We’ve collected the important information below to answer this question and address the common concerns.

Can a Dog Be Vegan?

Yes, dogs can be vegan.In fact, your dog may even do better on a vegan diet, especially if she can’t digest animal proteins.

Switching your dog to a vegan diet can be of tremendous value.It has the potential to make your dog healthier, reduce your household’s carbon footprint and help your entire family reach a goal of a cruelty-free lifestyle.

That being said, the vegan diet is not necessarily for every dog, and it’s not a shift that you should make without doing proper research and talking to your vet first.

Your vet knows your dog’s health history.They can do blood work and tests if need be to assist in figuring out whether the vegan diet will work or if itis working if you’re trying it out.

Unfortunately, studies on veganism in dogs are limited.This can make it a little more complicated to assess whether it’s the right choice for your loving pup.

Though the research is limited, the evidence for veganism being a healthy and sustainable diet for dogs is definitely available.

Why the Vegan Diet Is Viable for Dogs

Let’s talk about exactlywhydogs can be vegans.

Back in 2013,Nature publisheda studyof dog genomes in comparison to wolf genomes and made a startling discovery.

It turns out that domestication played a big role in a shift that allows dogs to digest starch-rich diets where wolves aren’t really able to.Living alongside humans quite literally changed the way dogs are designed to eat.

Dogs are alsonot obligate carnivoreslike cats.Whereas cats can’t get their nutritional requirements for taurine and vitamin A met without meat, dogs can.

That’s why it’s not advisable to feed your dog and cat the same type of food—if you look at the ingredient lists on dog and cat food, you’ll probably notice big differences in the formulas.

In terms of the appeal to nature that many people make in support of meat-based dog diets, the thing is—dogs need a very specific nutritional profile.Not specific foods (like cats).

Trying to go the “natural” route doesn’t mean going the meat-based route—as we’ve established, dogs have evolved to be able to digest high amounts of starches, which already fundamentally separates them from wolves and other heavy meat eaters.

But no matter what type of diet you’re feeding your pets, you’ll need to make sure that it’s nutritionally complete.

That means that whether your dog is vegan or not, it’s important to ensure that her diet is covering the bases for optimal health.Check outFEDIAF’s Nutritional Guidelinesfor dogs and cats.

There are differing views on dog racing, and we don’t want to comment either way on this—but it just so happens that one of the most oft-cited studies indicating that vegan diets are healthy for dogs involves sled dogs.

The British Journal of Nutrition published a study in 2009 showing the researchers’ findings on avegan diet given to sprint-racing Siberian Huskies(i.e., highly active dogs).

According to the study, the veggie dogs had blood samples taken by a veterinarian at weeks 0, 3, 8 and 16 on the diet.All four times, the blood samples showed that the dogs were in perfect health and that none developed anemia, something the researchers were keeping a close eye on.

The sample size was only 12 dogs, which is quite small for a study—as we mentioned before, there isn’t a huge body of scientific research on the dog veganism subject.

However, the fact that these very active Huskies were doing as well as the meat-eating dogs in their group is quite an endorsement for the diet.

So what happens when people switch to a vegan diet for their dogs?

If they were suffering from health conditions related to the inability to digest animal products, suddenly, these pups become totally different dogs.

In the absence of a broad range of scientific literature, we find anecdotal evidence from everyday life to be highly valuable.There are numerous testimonials to the success of the vegan diet on the internet.

Paco, the vegan Pit Bull, has been thriving on a vegan diet that his dog parent put him on in the interest of having Paco lead the best life possible.

There are also tons of reviews onvegan dog foodsentailing stories of dogs making recoveries from skin, allergy and digestion issues, to name a few.

Then there’s Bramble, the Collie who lived to the ripe old age of 25.Bramble ate organic veggies, rice and lentils.

From small to large dogs, younger to older dogs, and dogs of all breeds, veganism seems to suit a large number of our canine friends from what we read in the online anecdotes.

Potential Issues on a Vegan Diet

Some concern exists that vegan diets for dogs can predispose them to urinary stones.

As V-dog’s Vegan Vet explains,vegan diets are alkalizing, which can create an internal environment for dogs where stones could develop, especially struvite crystals (although acidic diets can lead to other types of stones in particular).

Especially if your dog is predisposed to urinary stones, it’s a good idea to monitor urine production.Ways to mitigate the issueinclude making sure your dog gets enough water and a balance of alkaline foods with acidic foods (like peas, brown rice, oats and certain grains).

Another thing to consider is whether you should supplement your dog’s vegan diet with taurine.

Taurineis produced in a dog’s body from nutrients extracted from the food she eats.Foods rich in taurine happen to be animal-based, however.

Because of this, many vegan dog food brands will add a plant-based source of taurine into their formulas to make sure that your pup meets her nutritional requirements.If a vegan dog food product doesn’t have added taurine, you may want to get your vet’s opinion on it.

To be clear, any dog can potentially develop a taurine deficiency—not just vegan dogs—especially if she suffers from a specific disease that decreases her ability to produce it.Evencertain breedsmay be more at risk of developing a taurine deficiency, including American Cocker Spaniels and Newfoundlands.

Again, consulting with your vet is always best as they know the history of your particular dog.

The Hidden Ingredients in Dog Food

It’s no secret that pet foods often feature byproducts like:

Expired meat products and even plastics can make it into dog food recipes as what’s referred to as meat and bone meal.Unfortunately, regulations differ in the states and it can be nearly impossible to pinpoint exactly what’s in your dog’s food.

Of course, this is not to say that all conventional dog food contains these elements—it’s just a risk that can come with the territory.With plant-based dog foods, there’s a much lower chance of giving your dog waste products.

Then there’s the risk of exposure to toxins and chemicals that comes with ingesting animal ingredients.It’s a risk that exists for both humans and dogs.

Metals like mercury and lead and environmental pollutants like dioxin and DDT accumulate in fish and other animals and can easily end up in your dog’s digestive system via standard pet food.

Check out this scary video about flame retardant chemicals in pet food:

Vet Approval for the Vegan Diet

Dr. Andrew Knight, who runs VeganPets.Info, shares his academic research and insights garnered from over 65 studies.You can read his researchhere.

In the video below, practicing veterinarian Dr. May goes over some of the reasons a dog may benefit from a vegan diet and delves into some of the hidden ingredients as discussed above.

As we’ve demonstrated in this overview, a vegan diet can most definitely benefit many dogs.Not only are dogs biologically equipped to thrive on vegan diets, some dogs can’t process animal proteins at all, making a vegan diet a necessity.

If you’re thinking about switching to a vegan diet (or making any big dietary changes) for your dog, we recommend talking to your vet to make sure she gets all the nutrients she needs.